The Beddington Medal is the BSDB’s major commendation to promising young biologists, awarded for the best PhD thesis in Developmental Biology defended in the year previous to the award. Rosa Beddington was one of the greatest talents and inspirational leaders in the field of developmental biology. Rosa made an enormous contribution to the field in general and to the BSDB in particular, so it seemed entirely appropriate that the Society should establish a lasting memorial to her. The design of the medal, mice on a stylised DNA helix, is from artwork by Rosa herself. We would like to congratulate the 2018 winner of the Beddington Medal, Emilia Favuzzi, and would like to take this opportunity to give a brief overview of her career and her PhD project that was awarded the Beddington medal. 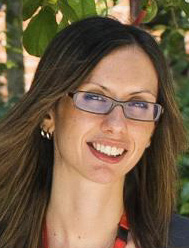 Emilia started her studies in 2007 at the Sapienza University of Rome and was awarded a B.Sc. in Biological Sciences with highest marks in 2010. She stayed at the same university for her Master’s project which she performed in the laboratory of Sergio Nasi at the Institute of Molecular Biology and Pathology (CNR, Rome). She completed her M.Sc. in Neurobiology in 2011, again with highest marks. In 2011 she joined the group of Beatriz Rico at the Institute of Neuroscience in Alicante (Spain) and moved with that group to the Centre for Developmental Neurobiology at King’s College London in 2014 where she terminated her project work. Her PhD in Neuroscience was awarded in 2017 by the University Miguel Hernandez of Elche (Spain) also with summa cum laude. Since 2017 she is a postdoctoral associate in Gordon Fishell’s laboratory at the Broad Institute and Harvard Medical School. 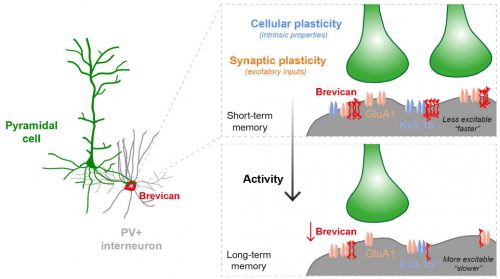 During her PhD, Emilia worked on two projects which were both based on candidate and genome-wide screen approaches aiming to identify genes that were involved in GABAergic synapse formation. In one project, she investigated the role of perineuronal nets during the synaptic development of GABAergic interneurons. She discovered that the perineuronal net component Brevican is involved in the gating of parvalbumin interneurons by controlling their intrinsic properties as well as extrinsic input through excitatory synapses (Fig.1). This paper was published as a featured article in Neuron (2017). Emilia also took ownership within a parallel project, where she collaborated with another lab member to set up protocols to isolate different populations of interneurons and screen for genes involved in the specific synaptic targeting of cortical interneurons to the different compartments of pyramidal cells. This work led to the discovery of validated candidate genes involved in specific interneuron synapse formation, as shown via loss and gain of function approaches (Fig.2). The respective manuscript is in preparation and Emilia will be shared first author.

Her PhD supervisor Beatriz Rico said about her: “Emilia is a gift for a supervisor: she goes ahead of you, technically and conceptually and pushes you forward. She is brilliant, extremely motivated and creative person and resistant to any difficulties she has found during the development of her project. She never gave up and pursues her aims with an impressive efficiency. She is extremely independent and hard worker. She is fully committed to science, a dream for a supervisor.” 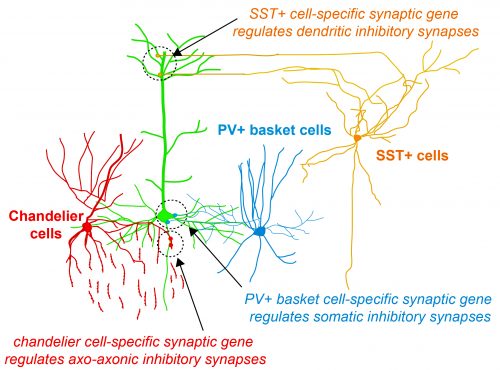 Understanding how neuronal connections are established and organized in functional networks during development is critical to understand brain function. In the mammalian cortex, GABAergic interneurons are characterized by a remarkable diversity of types and connectivity patterns. As such, they are uniquely suited to orchestrate functionally relevant circuit-specific roles and critically shape cortical function. Yet, how inhibitory circuit specificity is achieved during development is largely unknown. We revealed the transcriptional dynamics of different cortical interneurons during brain wiring and identified subtype-enriched synaptic molecules. Moreover, we showed that the functional connectivity of different interneurons relies on the cell-specific expression of such synaptic genes. Altogether, our results demonstrate that highly selective molecular programs emerging during development in cortical interneurons support their early wiring and underlie inhibitory circuit specificity. After their integration into canonical circuits, activity-dependent plasticity endows neurons with the flexibility required for adapting to sensory experience. Parvalbumin (PV+) interneurons have been shown to play a critical role in this process but the molecular mechanisms by which experience influences PV+ interneuron plasticity were poorly understood. We revealed how perineuronal net (PNN) proteins drive PV+ cell wiring as well as network adaptation to experience. We showed that the PNN protein Brevican simultaneously regulates the excitatory inputs and firing properties of PV+ interneurons by controlling the localization of AMPA receptors and potassium channels, respectively. We also showed that, by modulating Brevican levels, experience influences cellular and synaptic forms of plasticity in PV+ cells and this is required for normal cognitive function. These findings uncover a cell-specific molecular program through which a PNN protein dynamically gates PV+ interneuron function both during development and upon experience-dependent plasticity.