Alongside my main role as community manager of the Node I am also Development’s online editor, and one of my responsibilities is writing press releases. I recently wrote a press release on a Development paper that received some media attention, and I was surprised by the way the story was covered. The articles ranged from balanced reports to over-hyped pieces. This experience highlighted some of the pitfalls of the way science stories reach the media, so I thought I would share my thoughts on it here. 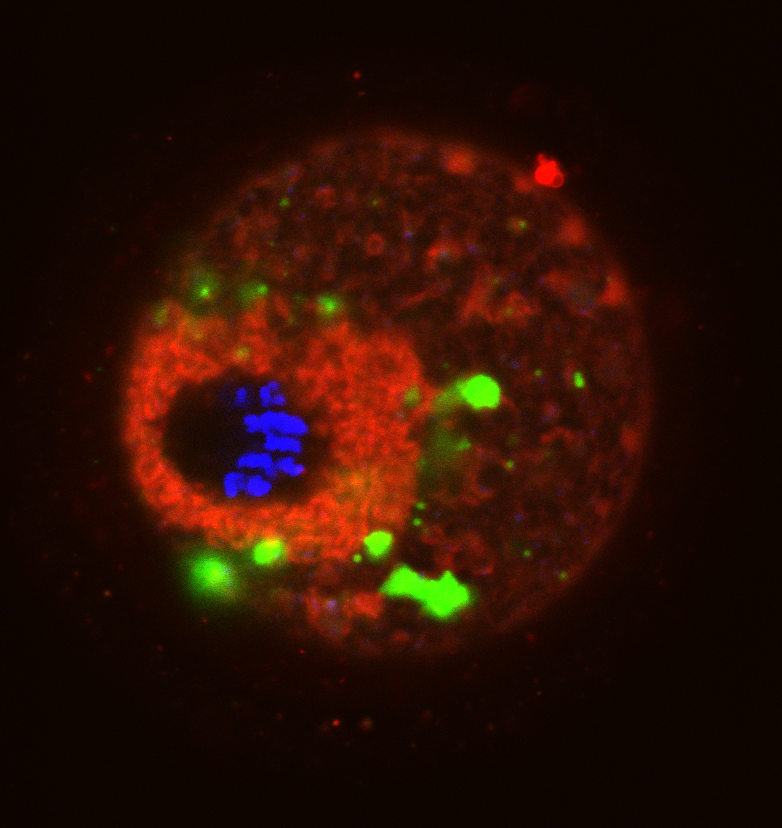 We don’t often write press releases on Development papers. Most of our papers are primarily of interest to the scientific community, but we do occasionally publish work with a clear broader impact. One such article was a recent paper by Rebecca Robker and colleagues. It examined at the cellular level why the oocytes of obese mice are less fertile and showed that oocytes from these mice have high levels of ER stress, leading among other things to loss of mitochondria in the offspring and reduced fertility. In addition, the authors were able to show that these effects can be reversed before conception by treating the obese mice with ER stress inhibitors (one of which is currently in human clinical trials for diabetes). You can read the paper here and the ‘In This Issue’ summary in Development here. Although basic research, this work touches on two issues of interest to the general public- obesity and fertility. Both we and The University of Adelaide press office wrote press releases on the article (here and here).

A little background for those of you not familiar with press releases. Journalists work to tight deadlines and don’t have the time to go through the table of contents of all journals to find news-worthy content. Instead, they rely on press releases produced by journals or institutes. These are very short articles that answer the big 5 W’s: who, what, where, when and why. Journalists will wade through lists of press releases every day in search of a good story, so press releases often have an attention-grabbing title and are written in such a way that the most important information is right at the beginning. A press release is not the final news article on the work, but rather aims to interest the journalist in the story and encourage them to investigate further.

I don’t have a lot of experience writing press releases, but my strategy is to focus on a single, main message. I decided that in this case the press release should focus on the fact that the damage to the oocytes was revertible. Having written the piece, I sent it to the corresponding author for approval and to ask for appropriate quotes. This is important as it gives the author the opportunity to check that the press release reflects the work accurately. The final version was then emailed to our press contacts and posted on EurekAlert! (a widely-used press release site) in advance of the publication date, under a strict embargo.

The paper by Robker and colleagues reached some high profile websites and newspapers, but the quality of the reporting was quite varied. The Science magazine news website and The Scientist wrote good pieces on the work. They described the main experiments conducted and discussed the limited implications of the work to humans. In both cases the journalists involved contacted other researchers in the field to provide an independent expert opinion. At the other end of the scale was the piece published by the Daily Mail, a UK-based tabloid. The Daily Mail article over-hyped the work, claiming that a cure for obesity-related fertility problems had been found. Importantly, at no point was it mentioned that the work was conducted in mice. Not all generalist newspapers misrepresented the work though, as the balanced article released by the Mail & Guardian in South Africa attests. As some of the comments left by readers of the Daily Mail show, misrepresenting scientific work has implications for the way scientists, and indeed doctors, are perceived, and some of the coverage appeared to suggest that an off-the-shelf drug is already available to help obese mothers. The NHS (UK National Health Service) website wrote an excellent piece attempting to dispel these misconceptions, providing a detailed explanation of the research as well as discussing how the work had been misrepresented in the media.

At a time when we are increasingly aware of the importance of communicating science to the public, newspapers and news sites are a fantastic way to reach a wide audience. Scientists have to play an active part to help ensure that the work is represented accurately, but once a press release is out there, they have no control over how their study is described. One thing you can do is to work hard with the press officers at your institute or journal to produce the best press release possible. In addition, be available for interviews and use this as an opportunity to steer reporters in the right direction (more advice on this here). For me, this has been a story with mixed blessings: though disappointing to read inaccurate reporting, it is heartening to see that journalists appreciate the importance of basic research and its potential implications for human health.

We would love to hear your thoughts on communicating with the press, so leave a comment below!

5 thoughts on “From bench to newspaper”