In 2016, the BSDB introduced the Cheryll Tickle Medal, which is being awarded annually to a mid-career, female scientist for her outstanding achievements in the field of Developmental Biology. The BSDB is proud to announce the 2017 awardee Jenny Nichols. The medal was presented at this year’s Spring Meeting where Jenny gave the Cheryll Tickle Award Lecture (available on YouTube). A post-award interview with Jenny was published in Development. For further awards at that meeting, see this post. 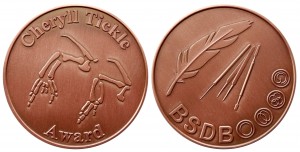 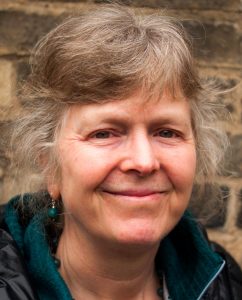 Jenny’s main research interests are the mechanisms that establish and maintain pluri-potency in the early embryo and during the formation of embryonic stem cells in mammals. She also uses animal models to understand defects which lead to type 1 diabetes. Jenny started her career at Oxford University where she worked as a research assistant to Prof. Richard Gardner (1981-90). In 1990 she moved to the University of Edinburgh to carry out her PhD project in the group of Prof. Austin Smith. She obtained her PhD in 1995 for her thesis entitled ‘A Study of the Expression and Function of Differentiation Inhibiting Activity and its Receptor in the Early Mouse Embryo‘. She stayed as a post-doctoral research fellow in the group of Austin Smith in Edinburgh, until she became a group leader at the Wellcome Trust-MRC Stem Cell Institute of the University of Cambridge, where she has stayed since then.

Jenny has an impressive portfolio of current funding with 3 BBSRC, a Wellcome Trust and a Medical Research Council grant, she has published ~70 papers so far, supervised 11 PhD students, and has editorial responsibilities at three scientific journals (PLoS One, Biol Open, Dev Biol), in addition to a number of local administrative tasks. She is active in university teaching and has been the co-/organiser of a number of international stem cell workshops and engages in science communication with the public.

Apart from the Cheryll Tickle Medal awarded this year, Jenny won the NC3Rs ‘3Rs’ prize (for research reducing refining or replacing the use of animals in biomedical research; 2009) and the Suffrage Science Award (2013), is an elected Fellow of the Royal Society of Biology (2010) and was an active member of the BSDB committee (2010-15).

The BSDB makes it a tradition to ask the Cheryll Tickle Medal awardees a number of questions concerning our field and its future. Please, read Jenny’s answers below.

What were the questions that inspired you to work in the field of Developmental Biology?

I was fascinated by the flexibility of the early mammalian embryo and curious as to how the lineages were specified and regulated. This is still my main research theme. The first questions were ‘when do the cells of the inner cell mass lose their ability to become troph-ectoderm?’ and ‘do they routinely supplement the developing troph-ectoderm?’ Most of all I just loved messing about with embryos. We had so few tools in those days and so many questions, but were quite restricted to using observation and grafting.

Why should young researchers continue to engage in Developmental Biology?

As someone spanning Developmental Biology and stem cell research I feel very strongly that studying Developmental Biology requires a rigorous and systematic approach that can often be by-passed by the stem cell biologists who work in vitro. Developmental Biology is necessarily a 3D system, so the questions of cell fate specification can be very tricky and exciting to tackle. One very satisfying thing about experimenting with embryos is that the final readout from any manipulation must measure up to the yardstick of normality.

Firstly, having been in Richard Gardner’s lab surrounded by brilliant embryologists (Richard, Rosa Beddington, John West, Chris Graham) and having had the luxury of my own microscope and microinjection equipment and unlimited access to mice; secondly, joining Austin Smith’s lab and having the chance to work on embryonic stem cell derivation when it was such a mysterious process. Austin also gave me the chance to do a PhD and taught me how to think.

Go to a good, supportive lab and collaborate broadly.