This week you don’t only get to decide which essay, from our competition, will appear in Development (see nominations, and the poll later today), but it’s also time to choose another cover from images from the 2011 Woods Hole embryology course. Vote in the poll below the images for the one you would like to see on the cover of Development. (Click any of the images to see a bigger version.) Poll closes on August 6, noon GMT. 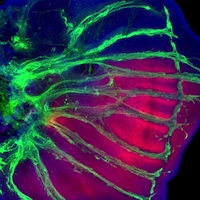 1. 5th instar imaginal hindwing disk from the Painted Lady butterfly, Vanessa cardui. Immunostained for Engrailed in red. All nuclei are revealed by DAPI staining (blue), and trachae are shown in green. This image was taken by Alessandro Mongera, Maria Almuedo Castillo, and Jakub Sedzinski. 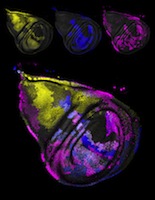 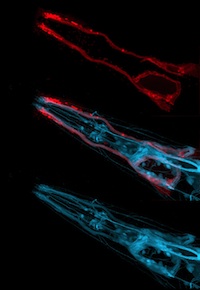 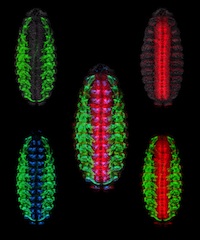 While you’re here, why not also vote for the winner of our essay competition?