This year’s limb conference was held on the 3-7 June at the scenic Mont-Tremblant, Quebec in Canada hosted at Le Grand Lodge hotel. During the winter, it is one of North America’s most popular skiing destination, but during the summer periods, it becomes a stunning location with views across the mountains of trees and magnificent lakes (see photo).

The conference began with a welcome dinner followed by the evening keynote lecture chaired by one of the organisers, Jacques Drouin. Cliff Tabin unfortunately could not attend to give the keynote lecture, however Denis Duboule “stepped in” and gave a wonderful and exquisite talk on his group’s current work on chromatin remodelling and regulation of the Hox genes.

After a tasty continental breakfast with freshly made pancakes and waffles, the first session of the next day was on ‘Growth and patterning’ chaired by Laura Lettice. The standout talks from this session were by Rolf Zeller (looking at bovine limb development), Gregg Duester (role of retinoic acid in patterning), Sevan Hopyan (cell rearrangements in limb development) and Brian Harfe (role of SHH in early limb buds) with plenty of interesting questions following each talk. The second session on ‘Limb initiation and identity’ was chaired by Chi-Chung Hui, with great talks by Qiyan Mao (cell motility in the zebrafish limb bud) and Yasuhiko Kawakami (role of islet1 in mice hind limb development). The session was followed by the first poster session with attention-grabbing posters by Kelsy Lewis (3D atlas mapping musculoskeletal morphogenesis in mouse limb) and Mandy Mason (roles of 5’ Hoxd genes and Meis2 in bat wing) that drew in large audiences. The evening concluded with a 4-course meal with the main dish being salmon and peach sauce – who would have thought they go together. The free open bar was also handy, which meant unlimited beers and wine for everyone to enjoy.

The third day began with a session on ‘Patterning’ chaired by Benoit Robert with many distinguished speakers such as Marian Ros (5’ Hox genes regulating digits via Turing-type mechanism), James Sharpe (using computational model of digit patterning via Wolpertian positioning information with a Turing-type mechanism) – it is of a nice coincidence that we also celebrate 100 years of Alan Turing’s birth this year as well – and Elazar Zelzar (modulation of chondro-progenitor cells). After lunch, the session concluded with a roundtable discussion on ‘Thalidomide: 50 years later’ by Robert Seegmiller, Trent Stephens and Neil Vargesson. Also present at this discussion was Mercédes Benegbi, a Thalidomide survivor and from the Thalidomide Victims Association of Canada, who gave a very emotional talk on the background of the disaster that started 50 years ago. Very fittingly, she received the longest and loudest applause at the end and reminded everyone (should they have forgotten) why scientists do the research they do and prevent such events occurring again in the future. The next session was on ‘Genetics, human malformations and regeneration’ chaired by Sevan Hopyan with standout talks by Etienne Vincent (roles of BMPs and Msx1 on axolotl regeneration) and Alison Elliott (presenting two patients with longitudinal limb deficiency). The second poster session then followed with stimulating posters by Jessica Rosin (regulatory elements controlling expression of Shox genes) and Matthew Towers (temporal requirement of Shh in chick wing development) – the session was again accompanied with free alcohol.

The fourth day started with a session on ‘Epigenetics, the genome and development’ chaired by Marie Kmita with exciting talks by H. Scott Stadler (role of HOTCHON in chondrogenesis and patterning), John Cobb (characterisation of limb enhancer downstream of Shox2) and Miguel Torres (HoxA cluster epigenetic regulation underlies cell-autonomous generation of proximodistal patterning). Due to a free-slot in the timetable, it was suggested and agreed there would be a discussion by Miguel Torres and Gregg Duester on the role of retinoic acid in proximodistal patterning chaired by Jacques Drouin. Both speakers gave a short presentation outlining their cases on whether retinoic acid is required for proximodistal patterning which drew plenty of discussion from the audience. This was a ‘hot’ debate with many questions remaining to be answered; however it was fantastic to witness two leading scientists putting forward their data and their arguments. For me, personally, this was the talk that I will remember for a long time and was very privileged to have been of attendance. The last session was chaired by Gen Yamada on ‘Comparative approaches and evolution’ with talks by Marie-Andrée Akimenko (actinodins, a fish-specific gene family lost during fin-to-limb transition) and Nicola Illing (5’ Hoxd genes and Meis2 in the bat wing). After more than three days of fantastic talks, posters, food, debates and discussions, the evening ended with cocktails (or sparkling wine), announcement of prizes for talks and posters, the farewell dinner and a gathering around a bomb-fire on the beach. The next day, we all had to checkout of the hotel and depart to Montréal-Trudeau airport and return to our homes. Many thanks go to the organisers and sponsors for a wonderful conference and I hope to attend the next limb meeting in two years’ time, I believe, in Florida. My personal thanks go towards the travel awards I received to allow me to attend the meeting. This report will also be submitted to the BSCB newsletter. 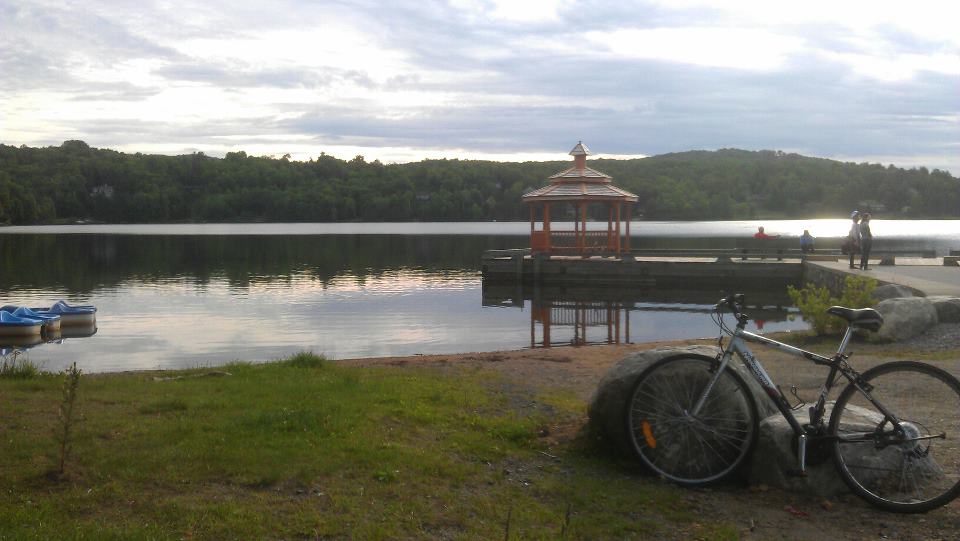 One thought on “12th International Conference on Limb Development and Regeneration, Mont-Tremblant Canada”