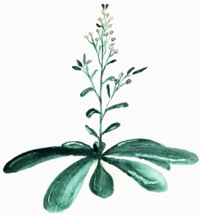 In the US, basic plant research is relatively underfunded compared to other fields, with most of the available money going directly towards the development of practical agricultural applications.

Last year, the Howard Hughes Medical Institute (HHMI) organized a meeting called “Future Horizons in Plant Science”, where select scientists in the field concluded that there was a need for a funding boost in plant science. Now, the HHMI, together with the Gordon and Betty Moore Foundation (GBMF) is providing this boost in the form of $75 million for 15 researchers over the next five years.

This is a one-time competition to specifically target plant researchers at a time when they are not receiving as much funding as their colleagues working on animal organisms. To qualify, scientists need to currently be working as tenured or tenure-track researcher at a US institution. Applications for the new grants are due on November 9.

See HHMI press release for full details, including a link to the application website with even more information.