(This interview previously appeared in Development) 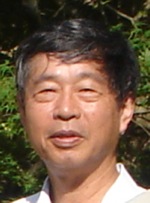 What are you working on at the moment?

I’m interested in head development, specifically focussing on questions ranging from anterior-posterior axis formation to the early regionalisation of the brain. I have generally used a mouse genetics approach in this work, but I have also become interested in phylogenetic aspects, and am working with non-model animals such as Suncus, pig, gecko, soft-shelled turtle and the lobe-finned fish Polypterus.

How long have you been President of the Japanese Society of Developmental Biologists?

How old is the JSDB?

The society was founded in 1968, and we currently have approximately 1400 members. More information can be found on the JSDB web site.

Do you have an annual meeting that all members attend?

We have about 700 participants at every annual meeting. In recent years, during my term as president, we’ve been putting strong emphasis on increasing the participation of other countries in the Asia-Pacific area. An Asia-Pacific Developmental Biology Network (APDBN) was launched about six years ago under the leadership of the former JSDB president Dr Masatoshi Takeichi (CDB Director), and we now hold the annual JSDB meeting as a joint meeting with the APDBN. Dr Vijay Raghavan of the National Centre for Biological Sciences in Bangalore, India, is now chair of the network. This year, about 140 participants from other countries in Asia attended our annual meeting, and our meeting is becoming one of the hub meetings for the Asia-Pacific district. As a result, the official language of our annual meeting is not Japanese anymore, it’s English.

How are your members finding the switch from Japanese to English as the language of the annual meeting?

People are getting used to it. Young people, especially, are adapting to English conversation. It’s of course necessary to communicate with the participants from other Asian countries, who are now attending our meetings as well.

Other than the annual meetings, what does the society do for its members?
Besides the annual meeting, we also organise two major symposia, in alternating years. Our annual meeting is usually held in May or June, and our two other symposia are later in the year. One is an autumn symposium for young PIs – people who are going to be a PI or who have just begun as PI. The other event, in summer, is a symposium for PhD students and young post-docs.
Unlike the annual meeting, these two symposia are both held in Japanese. These smaller, local meetings allow participants to form closer relationships within the community and get to know each other better. Usually we have about 50 to 70 participants (including about 15 senior discussants) for these symposia. This year, we’re holding a summer symposium for trainees, and next year we will have an autumn symposium for young PIs.

Are you organising any activities for the non-scientific public in Japan?

We have an open symposium for civic education at each annual meeting. In the past three years, we have also made special efforts to contribute to the continuing education of high-school teachers. Our capacity in this activity is very limited, and the activity is co-organised with various organisations, such as the RIKEN CDB in western Japan, the National Institute of Basic Biology (NIBB) in central Japan, and Tokyo Metropolitan University (TMU) in the east. It isn’t easy, but we hope to expand this activity across the entire country.

Is there also a society journal?

Our official journal is Development, Growth and Differentiation, which is published by Wiley-Blackwell. The Editor in Chief is Dr Harukazu Nakamura at Tohoku University, who is well known for his work in avian mid-hindbrain development.

You’re collaborating on this meeting with the SDB. How did that come about?

What’s the advantage of collaborating with all these different countries?

One major benefit of joint international meetings is that we can introduce our best and brightest to western scientists. That is the main purpose for us: I believe our society is doing a good job, but we do not have much chance to show what we do to people in western countries. By collaborating on international meetings, young students and post-docs are also encouraged to join foreign societies. We can expose ourselves more to different countries. And, of course, I believe that these are good opportunities to develop scientific collaborations and exchanges.

The JSDB also collaborated with the French society in May. Why did you have a second meeting in France?

Who is the next JSDB president and when will they start?

The next JSDB president is Dr Kiyokazu Agata from Kyoto University, who is doing extremely interesting work in the field of regeneration in planaria.

Can you name one goal that you would like the JSDB to achieve for its members in the next five years?

I really hope that our annual meeting becomes the hub meeting for the Asia-Pacific region, contributing to the growth of developmental biology in this part of the world and helping our own society to grow as well. At the same time, we are thinking seriously about how we can encourage research activities at local national universities in Japan; they have been facing many difficulties recently. We are at a critical time and at risk of losing our very foundations. An academic organisation is limited in what it can do, but this is a major issue in coming years.

Thank you for your time!