Animals and Plants have hundreds of miRNAs with diverse roles in gene regulation. In humans, each miRNA family can control up to several hundred genes (or up to 500 to be exact, in humans). A loss of function in one, can lead to an array of developmental defects & diseases. The same goes for plants. However, many plant miRNAs only have one target, which is frequently a transcription factor that in turn, controls many genes itself. It’s really like a house of cards. An mutant with a loss of function in one miRNA can have a full range of phenotypes.

Focusing on one miRNA pathway in plants:

Arabidopsis miR159, which only has 2 validated targets which are functionally redundant transcription factors (MYB33, MYB65). 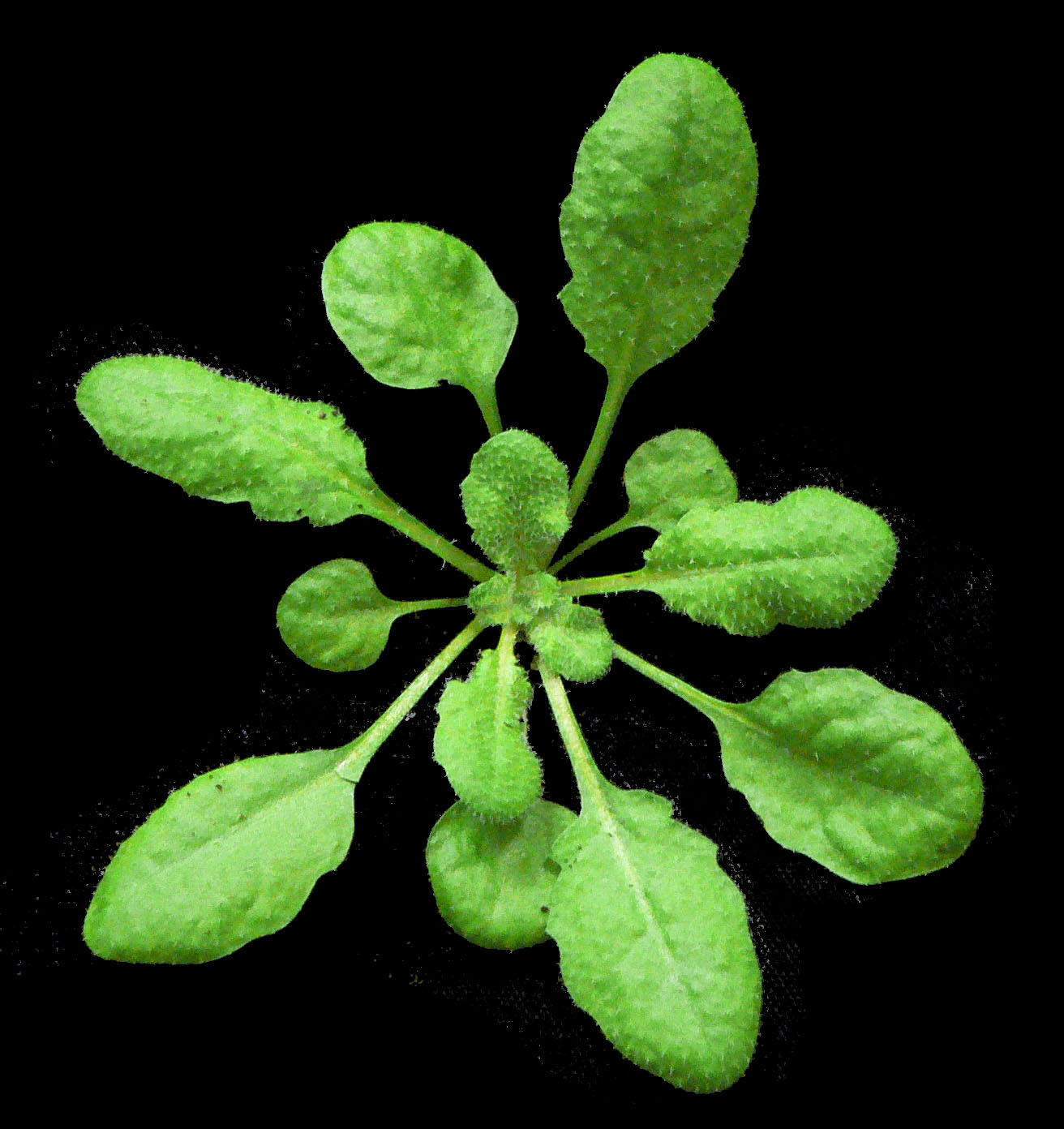 The mir159ab mutant plant is smaller and the leaves curl upwards. Flowers are also affected, and fertility is reduced in the mutant. All because miR159 is no longer active, and it’s targets MYB33 and MYB65 are at free rein to meddle in regular development. miRNA mutants are quite revealing on how miRNAs ‘switch off’ target genes that would otherwise inhibit development.

miR159 targets actually have an important role in pollen development. Loss of function mutants in MYB33/MYB65 lead to male sterility in plants. Pollen is also the only tissues/cells where miR159 isn’t expressed, so the plant needs active MYB33 and 65 for fertility. Seems a bit wasteful to express MYB33/65 in the entire plant, if they appear to only have a role in the pollen. Also, what’s the point of expressing them and having a miR159 ‘switch’ em off?

It’s speculated that they have additional roles in programmed cell death (PCD) that’s associated with plant defense. It’s seemingly unrelated to pollen development. Bizarre, but MYB33/65 are actually transcription factors that up-regulate the genes involved in PCD. To connect the dots: PCD has a role in pollen development: it causes the degeneration of tissue that impede growth past a certain stage. Additionally, when a plant is challenged with a virus, infected cells & tissues will undergo PCD in an attempt to stop its spread. Many viruses are known to suppress siRNA and miRNA production. In addition to roles in its own development, gene silencing is used by plants to quell viral replication. If the virus attack the plant’s RNAi machinery, to halt defensive siRNA production, it also influences endogenous miRNAs. Thus, it could be possible that the miR159-MYB33/65 system is involved in this as a sort of viral sensor. If miR159 is no longer active, MYB33/65 will begin to trigger PCD.

All this, for one miRNA-target gene connection.

It’s a bit like playing Jenga. One piece may only touch 3-4 others, but if you remove the essential one, all 20 pieces fall down because they were all connected. (Image: Flikr CC, Jenga, by Paul_Carvill)

It gets more complex if key proteins in miRNA biogenesis & action are rendered function-less. Initially, before RNAi was more established, researchers believed they were dealing with a multitude of proteins with various functions..when really it was just a few participating in one show. Loss of one RNAi-related protein can translate into the loss of function in hundreds of miRNAs. Moreover, miRNAs aren’t actually the effectors of regulation, they are simply the guides. The proteins do the dirty work, from making miRNAs to making use of them..

Arabidopsis Dicer like 1 (DCL1) a one significant protein in miRNA biogenesis. It cuts out the mature miRNA strand from it’s precursory hairpin structure (the pri-miRNA). Furthermore, in plants at least, miRNA precursors come in many different hairpin shapes and lengths, so DCL1 is often forced to cut them up differently. And so a mutation in any of DCL1’s sequences can lead to diverse interruptions in plant development. For DCL1 alone, there are up to 10 different mutant alleles with variations in severity and phenotype. At first, research groups thought they were dealing with 3 different proteins and their mutant alleles. They all had different phenotypes and names, suspensor-1 (sus-1) was arrested in embryo development and was embryonic lethal. Carpel factory-1 (caf-1) overproduces carpels (female parts in the flowers) and has sterile anthers (male parts). Eventually, by virtue of gene mapping they began to connect the dots. Cloning of the DCL1 gene years later also verified this. The history of DCL1 and it’s mutants is summed up an article artfully called, “DICER-LIKE1: blind men and elephants in Arabidopsis development”.