Our seventh report from the 2018 group of student awardees comes from Lucienne Pullen (student at Oxford) who undertook her research with Duncan Sparrow (also at Oxford).

My name is Lucienne Pullen and I am a third year undergraduate studying Medicine at Merton College, at the University of Oxford. This summer, I had the immense privilege of working for a Gurdon/Company of Biologists Summer Studentship, working in the Sherrington building in the Sparrow lab. My supervisors, Dr Duncan Sparrow, BHF Senior Basic Science Research Fellow, and Dr Nikita Ved, Novo Nordisk Post-Doctoral Research Fellow, undertake research in the Department of Physiology, Anatomy, and Genetics, and are focussed on embryonic cardiac development and its perturbation by genetic and environmental factors. Dr Ved in particular specialises in how pre-existing maternal diabetes induces embryonic heart defects. 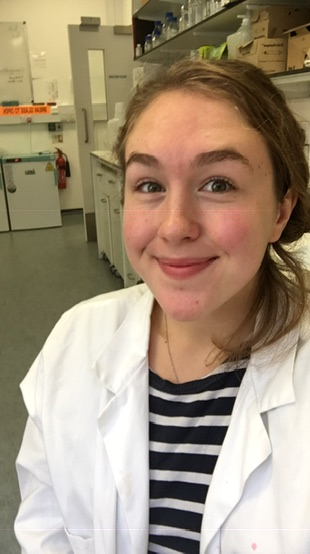 I have been interested in the pathophysiology of Diabetes Mellitus since our first year lectures on metabolism and the problems that arise when it is dysregulated, and further study in the second year allowed me to explore the autoimmune and mal-resolving inflammatory aspects of the disease in more detail. Entering the Final Honours School of my course, I was highly motivated to continue this exploration in a different area: the effects of maternal diabetes on the developing embryo. The BSDB Gurdon/The Company of Biologists Studentship project was designed to complement Dr Ved’s research and my FHS project into the effects of diabetes on the placenta.

It may not be widely appreciated, but maternal diabetes carries a highly increased risk of having a child with birth defects (the incidence of birth defects among women with Type 1 and Type 2 diabetes is around 3-5 times higher than among non-diabetic mothers); yet exactly how and when these defects arise during embryonic development has been relatively sparsely studied. The aforementioned statistic is particularly alarming given that routine diabetes testing does not occur until around the 24-28 week stage of pregnancy, despite organogenesis usually occurring within the first three to eight weeks of gestation. Therefore, integral to the project was adding to the existing body of evidence that diabetes is associated with embryopathy, and limb and craniofacial defects more specifically. Any support for a causative link between diabetes and embryopathies can help build a body of evidence to show that early intervention and potentially pre-emptive treatment (or at the minimum earlier screening) would be beneficial to maternal and foetal health, minimising the risks to the developing embryo.

I was personally motivated to undertake this project as I am hugely interested in a career in reproductive medicine, both clinically and in a research capacity. Entering a specialisation in this field in the future would allow me to engage with a research career into areas of developmental biology integral to improving women’s health. The ultimate goal of this project, Dr Ved’s research, and that of scientists in different groups around the world is to produce data that can change guidelines, therapies, or procedures for the benefit of women everywhere.
My project involved using an inducible mouse model system of diabetic embryopathy (the ßV59M mouse model), in which a variety of developmental defects can be seen, including heart, craniofacial, and skeletal defects. The accuracy of this model’s replication of clinical occurrences is supported by the incidence of these defects in human patients. Clinical evidence also indicates that other anomalies occur, including caudal regression syndrome, hypoplastic femur, clubfoot, and improper formation of the cranial bones.

Once the embryos have been collected by around E14.5, they are arranged in cylinders to be scanned using magnetic resonance imaging (MRI). The MRI scans can then be analysed, with four embryos per MRI ‘slice’ measured at a time. At first I found it a little unsettling and difficult to orientate myself with the mouse embryo image, however it was highly interesting and satisfying to learn to recognise key features, and begin to note down when and where I spotted additional abnormalities, such as hydrocephaly, anencephaly, and widespread oedema, which were present in several of the embryos. Furthermore, the analysis process helped me to develop key scientific research skills, such as having specific reference points and scrupulous attention to detail when making measurements; the integrity of the data was dependent on having comparable and standardised measurement techniques.

Difficulties sometimes arose when the craniofacial areas were so heavily deformed it was difficult to find these standardised reference points, however through speaking to my supervisors it was always possible to find a suitable compromise or alternative way of measuring the embryo. On some occasions it was not possible to make measurements due to extreme deformities of particular embryos, which was important in teaching me that research can sometimes be frustrating, and that experimental hurdles can arise that require patients and creativity to overcome.

Preliminary data obtained suggests that in this particular set of embryos, there are no significant differences in the four craniofacial measurements obtained, however further analysis is possible, including looking at alternative parameters and undertaking alternative measurements, including area analysis and transformation to 3D imaging to provide further angles to explore. It would also be interesting to look at this data in conjunction with a companion research project into the effects of placental insufficiency on embryo development in diabetic pregnancies.

I would like to wholeheartedly thank Dr Sparrow, Dr Ved, and the BDSB for this invaluable experience, which has helped me hone my research skills and broaden my horizons in terms of possible future clinical research careers. I would encourage those thinking of applying to do so without hesitation!