This year the British Society for Developmental Biology turned 70, and celebrated the milestone at its Spring meeting at Warwick (check out Twitter for some of the fun, and Andreas Prokop gave a great meeting report over on the BSDB page). 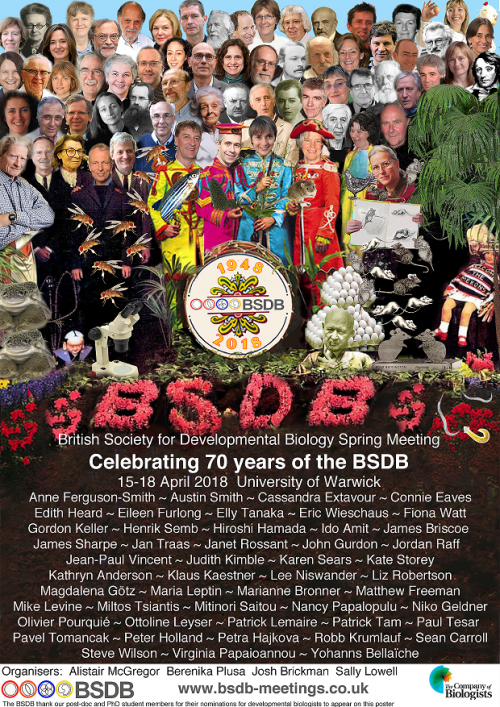 The great and the good of British developmental biology were in attendance, including many BSDB past-presidents and committee members, and, presumably inspired by this historical ambience, the organisers decided to set up a family tree in the atrium. Attendees would put their own names on the board, then those of their PhD and postdoctoral advisers, and link them with string. These details were also taken down on paper.

It started off relatively clean and tidy… 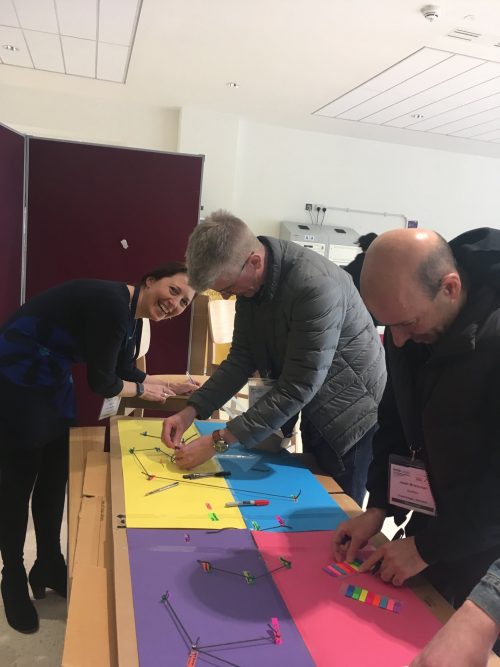 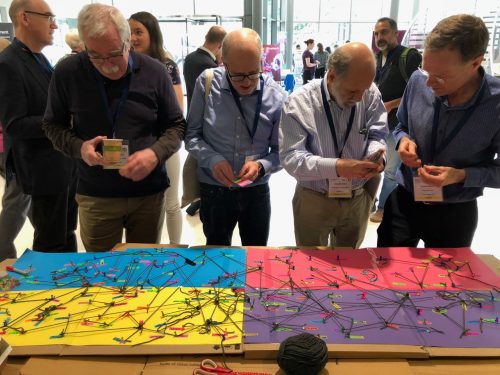 …and by the end of the conference there were hundreds of nodes and edges. The question then came up of what we were going to do with it.

To the delight of the organisers we decided to take the thing back with us to our office in Cambridge. It just about made it into the boot of the car… 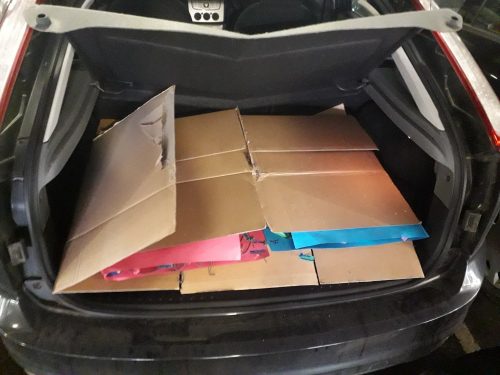 …but some the edges and nodes of the network did not prove robust enough to survive the transit in tact (luckily we had the back up sign up sheets). 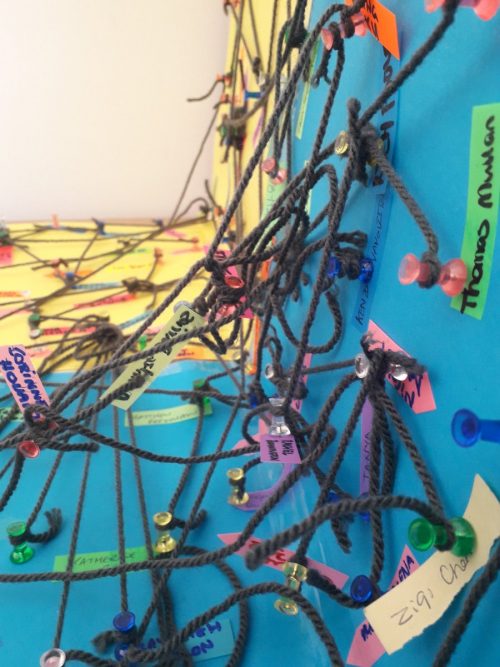 So now it needed digitising. I first just entered the data into Excel – it ended up with 349 connections from individuals to their advisers. There were almost certainly errors in transcription from scribbled handwriting to computer screen but I think I got most connections right.

But the visualisation was less easy to figure out. We could have tried something like Neurotree – The Neuroscience Academic Family Tree, but this didn’t really fit with the network created in Warwick. During my postdoc I had played around with Cytoscape to visualise protein protein interaction data and this seemed like a better way forward. But I figured though the best thing would be an online tool where no one has to download anything, and stumbled upon Cell Maps – Systems Biology Visualisation.

This site pretty much does what I wanted. You end up with a network that looks like this 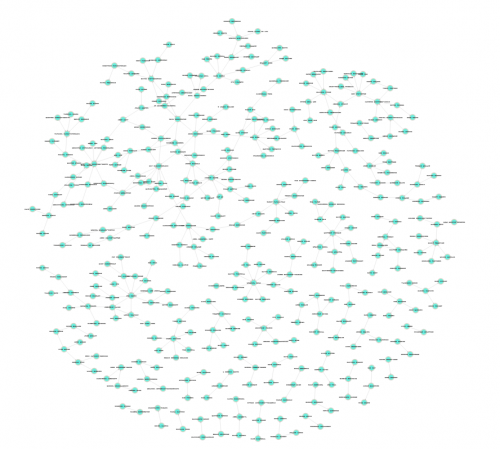 And in close up… 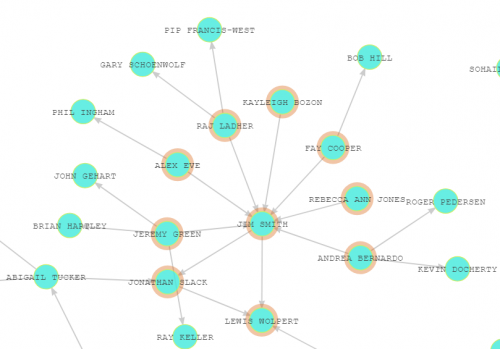 The arrows point to the advisers (hence Jim Smith pointing to Lewis Wolpert and Jonathan Slack, and being pointed at in turn by his students and postdocs!).

It can be quite fun to follow connections – linking Angelo Nieto to Rosa Beddington, for instance. 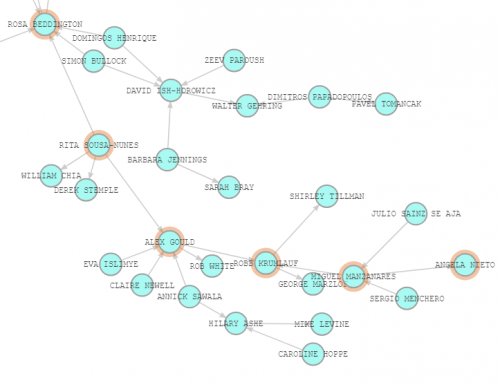 How to view the network

And go to http://cellmaps.babelomics.org/, select ‘Open Session’, and load up the file. There’s a search bar – use all caps, full name. And you can also play around with some wacky network layouts (though I think the ‘Force Directed – Default’ setting works the best!).

There are some issues with this site – I keep on getting errors when trying to export the network as an image, for instance. It’s also not linked with the data itself (I had to turn the Excel into a txt file). So if anyone has other ideas about how to visualise a network of scientific connections, please comment below! Of particularly interest would be ways of visualising extra bits of information in the network (e.g. model organism, nationality, where or when one got their PhD, etc). I really have little idea what I’m doing…

One other issue is the data itself, which is clearly incomplete (just look at the single connections of luminaries like Phil Ingham and Angela Nieto!).

So we need further community curation! I’ve put the data from the sign up sheets into a Google Sheets doc. Sheet 1 has ‘raw’ data – the person in question and all of their advisers. Sheet 2 has each interaction, one after the other, which is used as the input into Cell Maps.

You can access the sheet here – and if you were at the meeting but didn’t manage to add to the physical network, I’d appreciate your input!

We’re initially planning to stick just to BSDB attendees, but there’s no reason why we can’t expand this to the global family of developmental biologists. I’d love to know your thoughts on how best to carry this family network forward.