Developing Future Biologists (DFB) is a student-led organization at University of Michigan dedicated to ensure that the next generation of biologists regardless of race, gender, or socioeconomic status have the opportunity to learn the core concepts of developmental biology. During the last week of May, DFB held its 2nd successful week-long short course aiming to inform students from diverse backgrounds about developmental biology and career opportunities in science.

DFB is a graduate student-founded and led initiative that seeks to introduce the core concepts of developmental biology to students from a diverse set of backgrounds. The idea of bringing this course to Puerto Rico was conceived by a former University of Michigan (UM) graduate student, Andrea Ramos, who attended the University Puerto Rico at Ponce for her undergraduate studies. With four additional UM graduate students and three faculty members planning began and within a year the first iteration of DFB was held in Ponce.

This year, thanks to funding from sources such as The Society for Developmental Biology and a number of sources at the University of Michigan, the course was able to extend its reach to undergraduate students from different campuses of the University of Puerto Rico across the island. Throughout the week, 24 Puerto Rican undergraduate students were exposed to various key topics in developmental biology through lectures and hands on lab activities using different model organisms and research techniques.

Our developmental biology course is designed to ensure that students understand how an organism develops from a single cell to a fully developed organism, and what happens when developmental processes are disrupted. During the week we covered topics such as: vertebrate embryogenesis, cell signaling, gene expression, organogenesis, and developmental defects. The lectures led by UM faculty and laboratory sessions led by UM graduate students are highly interactive in order to capture the interest and enthusiasm of the students. For example, the gene expression lecture included a Wnt dance and labs included activities ranging from staging Xenopus embryos to observing limb structures in various mouse mutants. 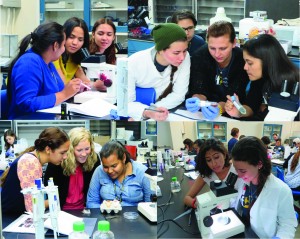 Learning about developmental biology was however only half of what we aimed to achieve. Another component of our program is based in establishing long term mentoring relationships with the students to help them learn about careers and educational opportunities in science. This year students were also able to attend sessions on career development topics including mock interviewing, a CV workshop, a panel discussion on grad school, and a session on presentation design. In addition, to these informative sessions, there were also several social events throughout the week, such as an ice cream social, and a bowling night, where the graduate student instructors from UM and the DFB students could network. 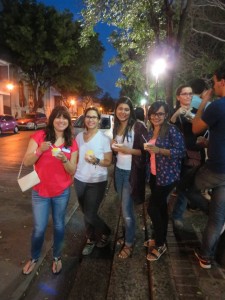 Currently the mentoring from both the first and second iterations of DFB has continued, with some students already inquiring about application formatting and some alumni from the first DFB attending summer programs at various school in the states including UM. In the future, DFB aims to organize a local iteration of the course in the Detroit and at other institutions with underrepresented minorities. The group further aspires to continue having the weeklong course at the end of May in Puerto Rico. 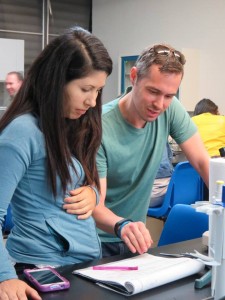 However, whatever the future of DFB, one thing is for certain: the memories and excitement made thought the week will never be forgotten, and lives on through the mentoring and networking that is still ongoing between the DFB alumni and the graduate student instructor of the course. 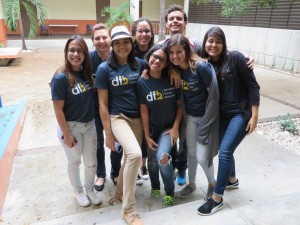