We are in our last week of the Embryology Course at Wood’s Hole now, and currently working on annelid and squid embryos. Things are still going at a frenetic pace but I’d like to take this chance to talk a little more about some of the work we did using vertebrates. 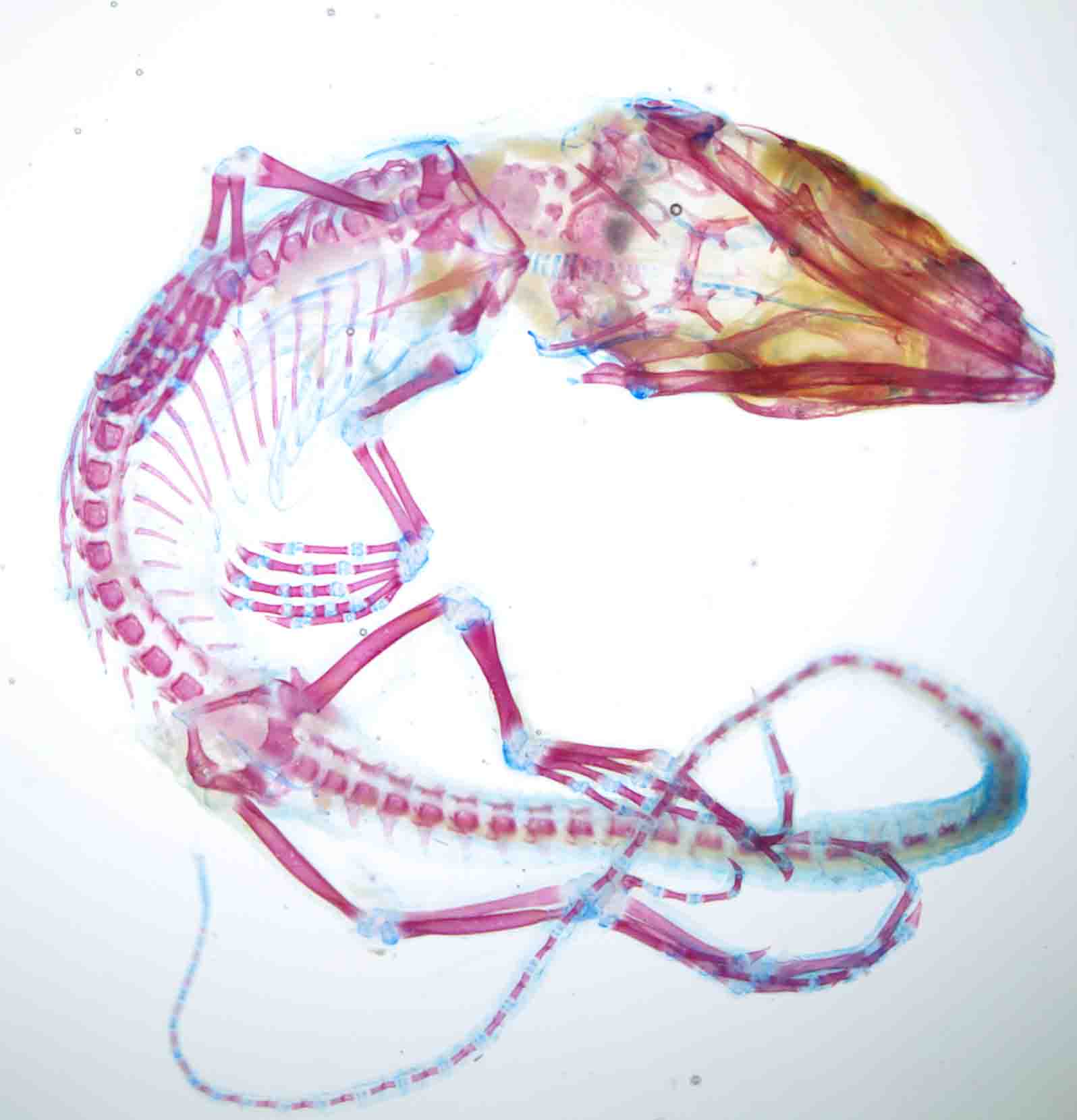 The course covers many vertebrate model organisms such as mice, chick, frog and zebrafish but we were also able to carry out some work on other organisms like sticklebacks, bats and even turtles! This was mostly thanks to Richard Behringer who brought an amazing array of different embryos for us to experiment on. On the left you can see a beautiful lizard, which I stained with alcian blue to show cartilage and alizarin red to show bone. This was particularly interesting for me as I am working on the development of the sternum for my Ph.D. project, so it was great to be able to see the morphological diversity in the sternum between species.

To complement the study of this wide range of species, we also revisited some classical experiments carried out in chick and frog to illustrate a number of key developmental principles. One example was the Spemann-Mangold organizer graft in Xenopus laevis, which involves transplanting the dorsal marginal zone of an early gastrula stage embryo into the ventral region of an intact embryo at the same developmental stage. This tissue has the capacity to organize surrounding tissues to form a dorsal axis, so this experiment should generate a tadpole with a secondary axis. Although this required a lot of patience and very steady hands, a few people in the class did successfully grow some two-headed tadpoles!

I wasn’t one of the lucky ones to grow a monster tadpole, but I did get some interesting results for a project I carried out with others in the class working on the establishment of the dorso-ventral axis. We used lithium chloride treatment to dorsalize embryos, and UV irradiation to ablate the dorsal axis. The resulting tadpoles were very messed up, and it was interesting to see which features were lost and which were radialized after each treatment.

We also tried out some transplantation and bead insertion experiments in chick embryos, and used whole embryo and organ culture in mouse. Now the course is drawing to a close and we are trying to frantically gather together and organize all of the data we have on so many of different microscopes. Hopefully I can make some sense of it all and I’ll write back with an overview of the entire course once I’m back in London.