The joint GfE/JSDB meeting is currently underway in Dresden. The organizers have managed to keep the meeting going with a full schedule, despite some delegates from Japan being unable to attend after the earthquake and tsunami earlier this month. Three speakers had to cancel, but their speaking slots were taken over at the last moment. David Greenstein pulled up one slide at the start of his own talk to point the audience to a recent paper by Asako Sugimoto from Tohoku University, who was scheduled to speak at the conference herself, but obviously had to stay in Sendai now. She, and all other JSDB members, are doing all right, though.

Everyone at the meeting is in charge of nominating the best posters, which makes for busy and engaging poster sessions. It’s hard to get a look at all the posters, let alone choose! 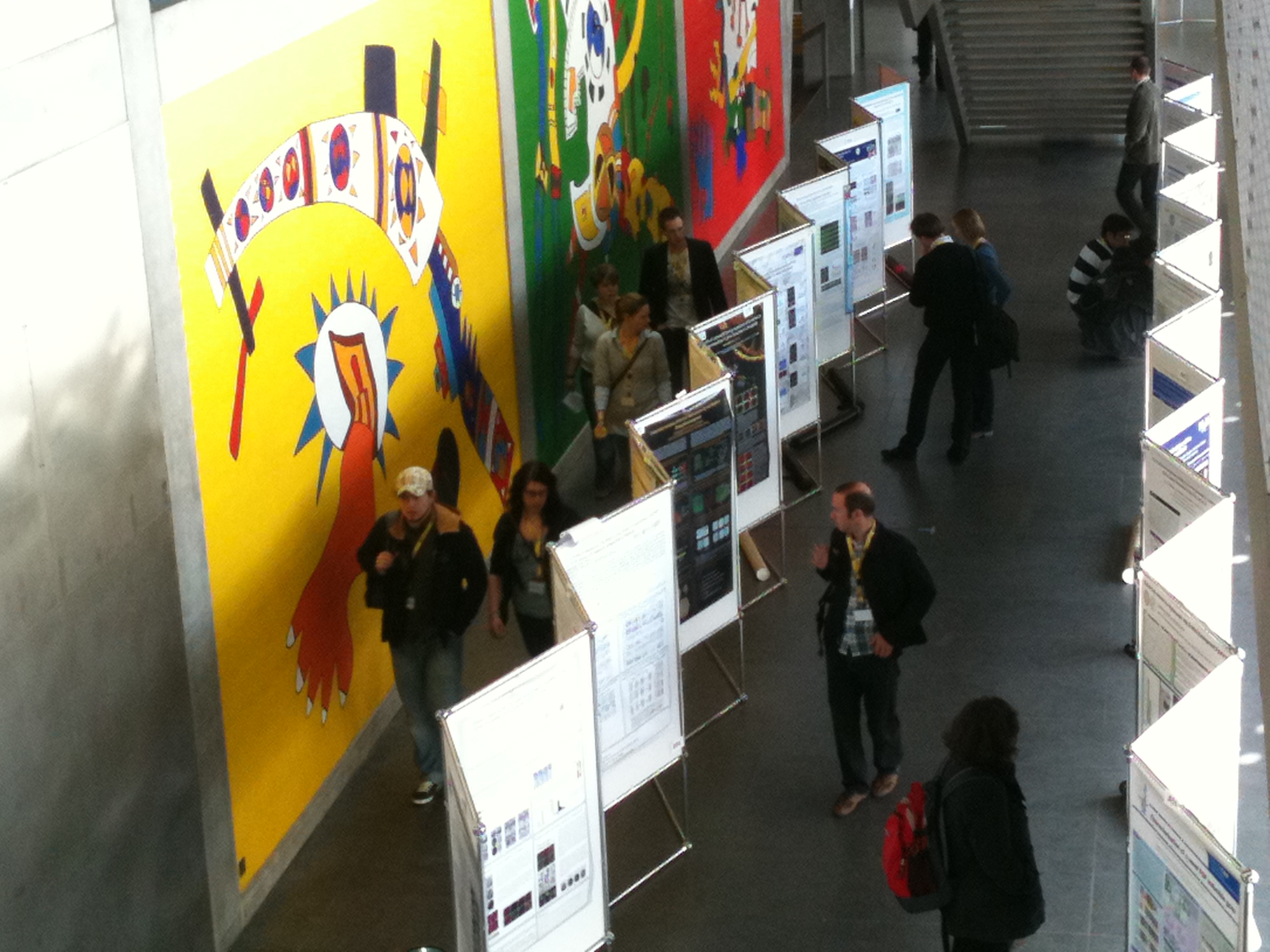 Just a few of the posters – they are spread over three floors!

One of the things I’m doing at the meeting this week is interviewing Elisabeth Knust, the president of the GfE, so you’ll be able to read that in Development and on the Node in several weeks. For more up-to-date news from the meeting, have a look at our Twitter account. We’re not mentioning unpublished data, of course, so you’re missing out on some of the best things from the meeting, but maybe we’ll hear more from some of the attending researchers on the Node later.