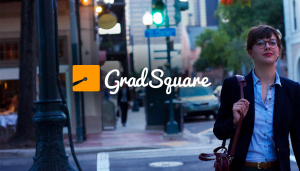 About a year ago, I met someone at a conference who worked at a food chemistry lab in New Orleans. She was telling me about how her company had tried to hire a chemist with a Masters or PhD by putting some ads out on various job boards, but no one with the right credentials had applied. I thought this was strange because, having recently finished grad school at Purdue University, I knew several Masters and PhDs that would have loved to relocate to New Orleans with their proposed starting salary.

People are going to grad school in record numbers, so why was it so hard to find scientists and engineers with advanced degrees?

Part of the problem, I realized, was the business model of mega-job boards, which attempt to drive as much indiscriminate traffic to their site in order to provide job postings with maximum exposure. This, of course, is not a very effective way to recruit scientists and engineers. Consequently, major companies establish relationships with a handful of universities to develop a pipeline for specialized talent. But there are thousands of research universities around the world – and if companies are looking for a biologist, or a chemist, or a biochemical engineer (just for example), why should they have to source from just a few schools? There had to be a better way to connect scientists to industry careers.

The deeper problem, however, was that universities were isolated from industry. For a long time, this made sense; after all, the job of a research professor was to do research and train the next generation of research professors. But now that professors must train scientists and engineers who may not remain in academia, the talent pipeline needs to be reconfigured.

Graduate students across STEM disciplines are facing a rapidly changing career landscape. For many grads, the options are to either perennially hop from post-doc to post-doc, or pivot to an industry career. Fortunately, STEM grads certainly have transferable skills, but finding a job and pursuing a career can still be difficult challenges. So I built GradSquare to reconfigure the talent pipeline by bridging the gap between universities and industry.

GradSquare is a centralized platform where scientists (both social and natural) and engineers connect with employers who are looking for their talent.

We launched exactly two weeks ago and we now have over 1k sign-ups. It’s great to see such an accomplished community of grads connecting with employers and recruiters. And I’m happy to say that there’s been a remarkable amount of interest in candidates with backgrounds in biological and biomedical sciences. From biotech startups to CROs, recruiters and employers are eagerly searching for candidates with degrees in life sciences.

Finally, GradSquare is not just a place to browse jobs and connect with employers – it’s also a place to learn about industry careers. I host a podcast series, GradSquare Radio, where I interview grads who have successfully pursued industry careers, asking them how they went about finding their jobs, what a day in their life is like, and what advice they have for others who are interested in pursuing non-academic careers. Biologists in particular may be interested in a couple of GSR podcast episodes.

The first features Ramsey McIntire, PhD, Anatomy and Cell Biology, discussing her transition from a post-doc at the University of California San Francisco to a job at EMD Millipore as a Multiplex and Cytometry Specialist: http://www.gradsquare.com/blog/gsr-episode-21-ramsey-mcintire-phd-anatomy-and-cell-biology

The second features Yin He, Ph.D, Molecular Biology, Genetics, & Molecular Nutrition, discussing her transition from graduate school at Cornell to working at a startup in Silicon Valley called Transcriptic, an automated remote wet lab that functions as a faster, less error prone, and cheaper alternative to traditional CROs (disclosure: Transcriptic is hiring through GradSquare): http://www.gradsquare.com/blog/gsr-episode-17-yin-he-ph.d-molecular-biology-genetics-molecular-nutrition

I’d love to hear your comments, questions, and suggestions! Please don’t hesitate to email me at marco@gradsquare.com.