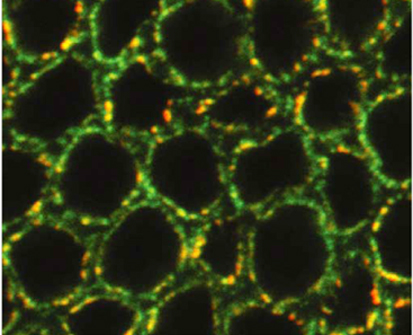 Not all nuclei are regular spheres as is often shown in textbooks. For example, in Drosophila embryos, nuclei are initially spherical but they elongate and acquire an irregular lobulated morphology during cellularisation. These morphological changes coincide with transcriptional activation of the zygotic genome and reflect poorly understood changes in nuclear envelope (NE) mechanics. Here (see p. 3377), Thomas Lecuit and co-workers provide new insights into NE morphogenesis in early Drosophila embryos. Microtubule (MT) polymerisation events produce the forces necessary for NE dynamics, they report, and the large-scale NE deformations associated with lobulation require both a concentration of MT polymerisation in bundles that are organised by dynein and the presence of the farnesylated inner nuclear membrane protein Kugelkern. The researchers also show that MT-induced NE deformations control the dynamics of chromatin and its organisation at steady state. They suggest, therefore, that the mechanical regulation of chromatin dynamics by MT-induced NE fluctuations might be important for gene regulation in Drosophila embryos. 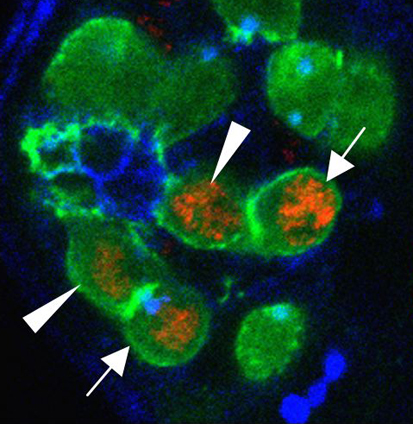 Tissue maintenance relies on adult stem cells that both self-renew and produce differentiating progeny in specialised niches. But stem cells are not immortal, so how are lost stem cells replaced? On p. 3367, Rebecca Sheng and Erika Matunis use extended live imaging of the Drosophila testis niche to investigate this question. Germline stem cells (GSCs) in the Drosophila testis are attached to somatic hub cells and divide asymmetrically to produce a stem cell that remains attached to the hub and a daughter cell that is displaced away from the hub. Unexpectedly, Sheng and Matunis show that ‘symmetric renewal’, a process in which GSC daughter cell pairs swivel so that both cells contact the hub, generates new GSCs in the testis niche. Moreover, after severe genetically induced GSC loss, the rate of symmetric renewal increases and, in addition, spermatogonia de-differentiate. Thus, asymmetric stem cell divisions do not always lead to an asymmetric cell fate, and lost stem cells can be regenerated by multiple mechanisms. 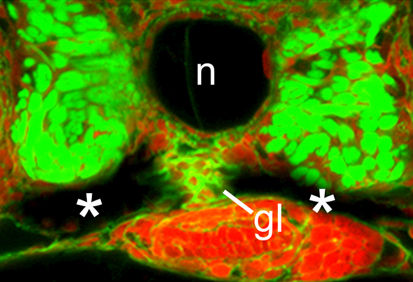 Ca2+ signalling influences many processes during early development, including organogenesis, but the pathways through which intracellular Ca2+ acts remain elusive. On p. 3387, Rob Tombes and colleagues show that, during pronephric kidney development in zebrafish, the conserved calmodulin-dependent protein kinase CaMK-II is an effector of the Ca2+ channel PKD2 (a polycystin that is mutated in the ciliopathy autosomal dominant polycystic kidney disease, ADPKD). The researchers show that activated CaMK-II is present during early zebrafish development in the pronephric kidney and in other ciliated tissues. Pronephric duct formation fails in both PKD2-deficient and CaMK-II-deficient embryos, they report, and both types of embryo develop kidney cysts and have destabilised cloacal cilia. Importantly, PKD2 suppression inactivates CaMK-II in pronephric cells and cilia, whereas constitutively active CaMK-II restores pronephric duct formation in PKD2-deficient embryos. The researchers conclude that CaMK-II is a crucial PKD2 target that promotes pronephric kidney development and stabilises primary cloacal cilia, and suggest that CaMK-II could provide a therapeutic target for ADPKD and other ciliopathies. 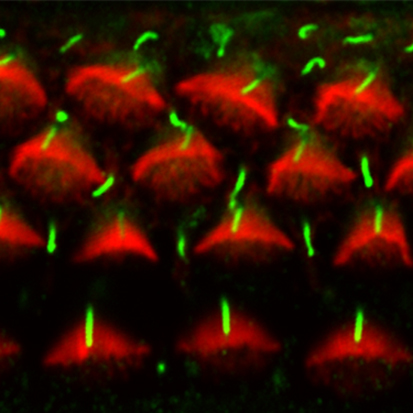 In the mammalian cochlea, V-shaped hair bundles (rows of actin-based stereocilia) on sensory hair cells convert sound energy into electrical signals. The hair cells display uniform planar polarity, which is necessary for correct sound perception and is controlled by non-canonical Wnt/planar cell polarity (PCP) signalling at the tissue level. But how is the V-shape of hair bundles established? On p. 3441, Conor Sipe and Xiaowei Lu report that the microtubule motor subunit Kif3a regulates hair cell planar polarisation in mice through both ciliary and non-ciliary mechanisms. They show that Kif3a disruption in the inner ear leads to the absence of the kinocilium (a specialised primary cilium), flattened hair bundle morphology and uncoupling of hair bundle orientation from basal body positioning. Moreover, they report, Kif3a coordinates the planar polarity of hair bundles and hair cell centrioles through localised p21-activated kinase (PAK) activation on the hair cell cortex. These results suggest that Kif3-mediated hair cell intrinsic polarity pathways and PCP signalling converge on PAK to regulate hair cell polarity. 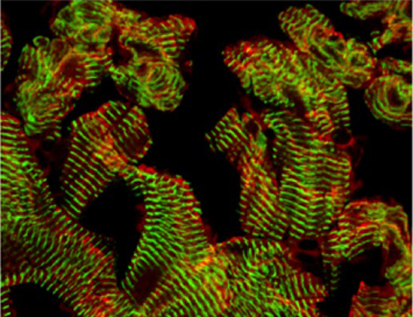 In heart failure, which is characterised by exercise intolerance, shortness of breath and oedema, the heart muscle is unable to pump a sufficient blood supply around the body. Cardiac muscle regeneration might thus restore function to a failing heart but how can cardiomyocyte regeneration be achieved? A zebrafish model of cardiac injury developed by Kenneth Poss and colleagues (see p. 3421) could provide valuable clues. It is known that adult zebrafish can regenerate cardiac muscle after surgical removal of about 20% of the ventricle. To study heart regeneration after larger injuries, the researchers created transgenic zebrafish in which destruction of more than 60% of the ventricular myocardium can be genetically induced. This massive myocardial loss triggers exercise intolerance in the fish, they report, but is completely reversed within 30 days through de-differentiation and proliferation of surviving cardiomyocytes. This new model of heart injury can now be used to understand why heart regeneration occurs in zebrafish – information that might help efforts to reverse human heart failure. 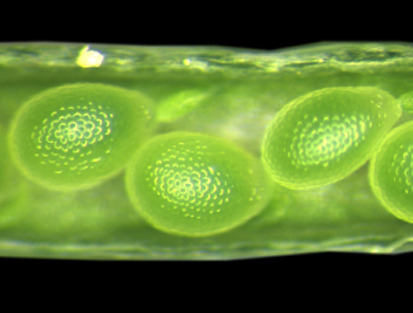 In plants, gametes and the accessory cells that support them are formed from haploid gametophytes during a tightly regulated developmental program that involves cell division, cell specification and cell differentiation. Now, on p. 3409, Ueli Grossniklaus and colleagues report that WYRD (WYR), which encodes a putative plant ortholog of the inner centromere protein (INCENP, a protein that controls chromosome segregation and cytokinesis in yeasts and animals), is required for cell specification in the female gametophyte and for seed development in Arabidopsis. The wyr mutant, which was identified in a screen for mutations affecting egg cell differentiation, produces additional egg cells at the expense of accessory cells. Disruption of WYR, the researchers report, also affects mitotic divisions in the male gametophyte (pollen) and the endosperm, and has a parental effect on embryo cytokinesis, which suggests that WYR is involved in cell-cycle regulation. Finally, WYR expression is upregulated in gametic cells. Together, these results reveal a new developmental function for the conserved cell-cycle-associated INCENP protein in plant reproduction. 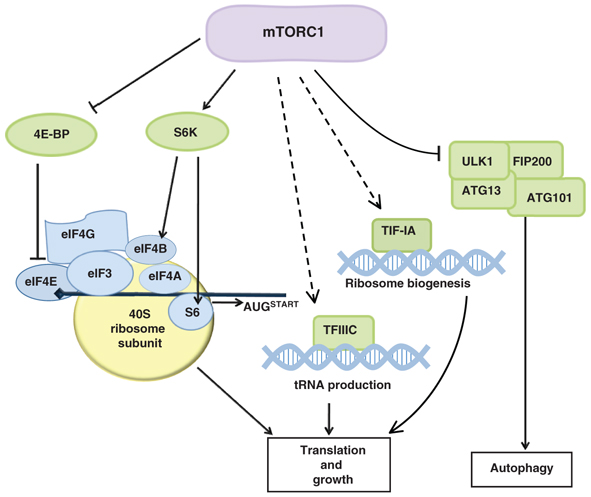 The mammalian target of rapamycin (mTOR) responds to an array of signals to regulate cell metabolism and growth. Recent studies, reviewed by Guan and colleagues, highlight a role for mTOR signaling in metabolically sensitive tissues and in stem cells.
See the Review article on p. 3343.