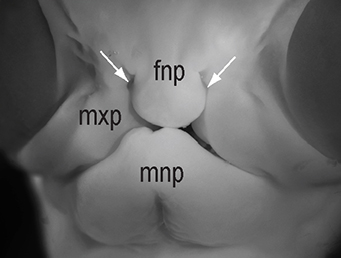 The chicken talpid2 and talpid3 mutants display a range of developmental phenotypes including craniofacial and limb defects. Although links to the sonic hedgehog (SHH) pathway had been proposed, the molecular nature of these mutations remained unclear for many years. The talpid3 phenotype is known to be caused by mutation in a ciliary protein – consistent with the known function of the cilium in SHH signal transduction. Now (p.3003), Samantha Brugmann and colleagues turn their attention to talpid2. Focusing on the craniofacial phenotype, they show that talpid2 mutants display loss of coupling between ligand expression levels and SHH pathway activity as well as increased levels of GLI3A – the activator form of one of the transcription factors that mediate SHH signalling. At a cellular level, cilia fail to form properly in the mutants. Using whole genome sequencing approaches, the authors identify lesions in the ciliary protein C2CD3 in talpid2 mutants. Identification of the talpid2 locus has been long awaited, and although there is still much to understand about how C2CD3 regulates cilia formation and function, and SHH signalling, these data provide an important step in this direction.

Starvation MESses up the egg

Organ growth and developmental progression must be coordinated with nutritional status. On p.3013, Stéphane Noselli and co-workers analyse the interplay between systemic nutrient status signalling via the insulin pathway and germline development in Drosophila. In the ovary, follicle cells undergo a mitotic-to-endocycle switch (MES) in their mode of division; this is regulated by Notch-mediated downregulation of the Cut transcription factor. The authors now show that this MES is nutrient dependent: in the ovaries of starved flies, egg chambers pause at the MES, with the Notch pathway active but Cut downregulation blocked. MES pausing is reversible; upon refeeding, egg chambers rapidly move into the endocycle phase. Furthermore, this paused state is regulated by insulin signalling. Insulin pathway mutants enter paused MES even under fed conditions, while activation of the pathway induces progression into endocycle in starved animals. Cross-talk between FoxO (a key transcription factor downstream of insulin signalling), Notch and Cut ensures the nutrient sensitivity and reversibility of the paused state. Thus, this work identifies a checkpoint in the egg chamber that ensures that development is coupled with nutrient availability.

A taste for something new

In the adult tongue, taste buds are located on taste papillae and are constantly renewed throughout life to maintain gustatory sensing. The sonic hedgehog (SHH) pathway has been shown to regulate taste bud formation in development, whereby SHH activity inhibits taste placode formation. Linda Barlow and colleagues now find (p.2993) that SHH has an apparently opposite activity in the adult mouse tongue, promoting the differentiation of taste cells. Remarkably, they find that the ectopic expression of SHH can induce taste bud formation in regions of the tongue outside taste papillae – where taste buds would never normally form. Moreover, these ectopic taste buds develop and are maintained in the absence of nerve innervation, as opposed to endogenous taste buds whose maintenance is strictly nerve dependent. The authors thus propose that SHH signalling can trigger the whole programme of taste bud development in the adult tongue, and suggest that one important role of taste bud innervation might be to induce SHH expression, which then supports taste cell differentiation and bud maintenance.

Cell heterogeneity and multilineage priming in the kidney

Single cell profiling technology now allows us to gain unprecedented insight into the complexities of gene expression within a developing tissue at the single cell level. Here (p. 3093), Steven Potter and colleagues provide a valuable resource comprising RNA-seq data on over 200 individual mouse kidney cells at three developmental stages. Two particularly notable findings point to a process of multilineage priming operating during the differentiation of kidney progenitors. First, the authors find that early progenitor cells may express markers of differentiated cells in an apparently stochastic manner. Second, in cells of the P4 renal vesicle, they observe expression of markers of multiple lineages in the same cell, implying that individual cells are capable of differentiating towards multiple fates, with markers of non-selected lineages being subsequently repressed as the cell differentiates. Such multilineage priming has been observed in other contexts, most notably the early embryo. Single cell expression analyses, such as that reported here, will allow us to more clearly understand the intricate interplay between gene activation and repression operating at the single cell level within a tissue to define cell fates.

The POU-er of gene nomenclature

POU5F1 (OCT4) is a key regulator of stem cell fate, with homologues present throughout vertebrates. Frankenberg, Brickman and colleagues clarify the relationship between these homologues, aiming to resolve the confusion over the identity of the zebrafish gene. See the Spotlight on p.2921

Plants are able to adjust their growth in response to environmental changes, and this depends in part on their ability to establish polar protein distributions. Luschnig and Vert discuss the mechanisms involved in this process, focusing on plasma membrane proteins such as PINs. See the Review on p.2924 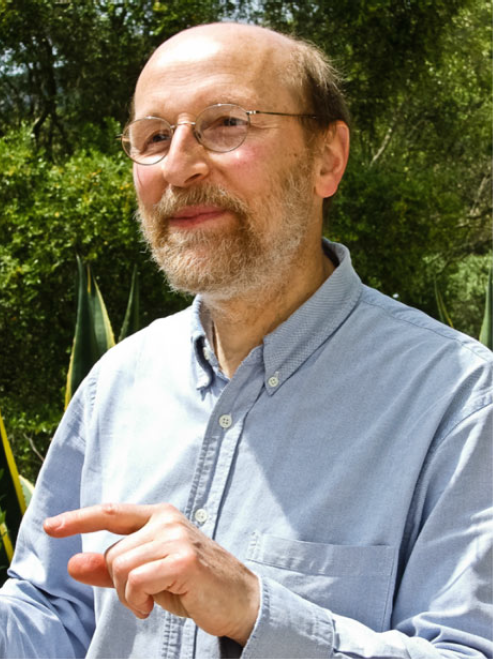