At the EMBO meeting in late September, Linda Partridge gave a keynote talk about the role of the nutrient-sensing insulin/IGF/TOR signaling network in ageing. In her talk she showed, for example, how dietary restriction extends the lifespan of several organisms. I had a chance to talk to her later that day, and I asked her some questions about her research. 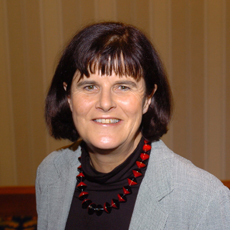 What made you decide to study the biology of ageing?

I started out as an evolutionary biologist, and from an evolutionary point of view, ageing is really weird, because it’s a trait that lowers fitness. An animal that didn’t become more likely to die or less fertile with age would leave more offspring. Yet we know that ageing evolves to happen at very different rates in the natural world. If you just look at mammals, some whales can live 200 years, but a shrew can only make a few weeks. It’s a real paradox, and that’s how I got interested in it.

Initially I did a lot of work with Drosophila, looking at the two possible routes to the evolution of ageing: the accumulation of deleterious mutations that only affect the late part of life, and processes that are advantageous to the young but then overshoot in the old and cause problems. In the fly we’ve got quite a lot of evidence for the latter: there’s a distinct trade-off between events early and late in life.  That piqued my interest in mechanisms of ageing.

What, if anything, is the overlap of processes that are involved in both development and ageing?

Well, I often say that ageing is not at all like development, because development is a beautifully programmed process: It’s a well-oiled machinery with a hierarchy of genes that make sure that the right things happen in the right place at the right time and that they happen in the same way in all developing system. Ageing is much more haphazard than that, because it’s essentially a side-effect in evolution. It’s a result of the inability of natural selection to hold things together as the animal gets older. So it presents a much more complex picture of different things going on in different individuals and at different times. We don’t think it’s adaptive at all: there aren’t mechanisms that have evolved to cause damage and death.

However, I think some of the things that happen during development – particularly mechanisms promoting growth and cell division – can be the very processes that remain too active and cause problems as the animal gets older. That’s called the hyperfunction idea of ageing, and a very obvious case is cancer.

During your talk you mentioned that it’s really hard to do dietary restriction research in humans because they won’t stick to the diet. Are there any post-hoc population studies?

There have been quite a few comparisons of simply different cultures of humans. Of course that’s always going to just be a correlation, because there could be other differences. But the most remarkable example is the Japanese – in particular the Okinawan Japanese. Okinawa is an island group in the south of the Japanese archipelago, where, seemingly just as a cultural habit, people eat much less than the mainland Japanese, who already eat considerably less than the rest of the world. It just so happens that the Okinawans have the highest proportion of people reaching the age of 100 in the world, and the Japanese mainland is next in line. I think it’s just a correlation, but it’s interesting that their intake is so low and their lifespans are so long – perhaps there is some causal connection between them.

If you had unlimited time and unlimited money, what would you like to research?

I would be very interested in getting directly involved in research with humans that keeps them healthier for longer. That’s the aim of this line of research: to find ways of keeping people healthy in the later part of life so that the period of ill health at the end of life is at least shortened and preferably abolished. One thing I’d like to do are clinical trials, particularly with one or two drugs that already exist for particular conditions but that I suspect – and in fact it’s starting to be demonstrated – have a much wider therapeutic range than has been previously supposed. These two drugs are aspirin and metformin, which is used as a first line of defence against type II diabetes.

So I would be interested in working with humans, but I think there also has to be quite a lot of experimental animal work underpinning that. I would very much like to make new mutant mice for various components of the nutrient sensing pathway, and see how mouse models of slowed ageing interact with specific models of human ageing-related diseases. That’s obviously terribly expensive, so at the moment the sky is definitely not the limit. And in invertebrates, particularly the fly, which is my great favourite, I’d like to do some fast work on basic mechanisms. We don’t really understand what ageing is, and I would love to be able to proceed faster with elucidating the mechanisms of ageing.

All of these things are always resource-limited. That’s what sets the limit on the rate of progress.

Do you have any general advice for students and postdocs who are just starting their research career?

Pick something that you’re interested to work on, because no matter how interested you are and how passionate you are about science, you’re going to have bad moments. There’s a large element of luck in science: Sometimes you do experiments that don’t work. It can be frustrating, it can be slow, so you’d better be interested in the first place. Pick a lab that’s really going to look after you and give you good projects and support you in your projects. Think about the development of your career – whatever that’s going to be. It might be into science, or it might be into something where scientific training is really useful. Whatever it is, you want a mentor who is thinking about you and your future interests.

For female scientists there can sometimes be additional complications. Two-job problems in partnerships apply to everyone, not just women, but sometimes I think women feel them more. The decision when to have kids, can also be a difficult one. Most of the female students and postdocs who pass through my lab do have children while they’re there. I suppose my observation on that is that it’s actually easier the younger you do it. It’s much easier to interrupt a PhD than to be confronted with starting a family and starting your own lab for the first time. I think that’s quite a tough thing to do.

To see Linda Partridge’s answer to my final question, about preparing for conference presentations, see this previous post with speaking tips.

To read more about her keynote lecture, see this article in The Telegraph.