AS: Kara, congratulations. That is fantastic. Are you happy?

AS: Where do you work?

KN: I work in Carole LaBonne’s lab at Northwestern University, in Evanston Illinois, where we study neural crest development using Xenopus laevis as our model organism.

AS: Which year of your PhD are you in?

KN: I am finishing up my fifth year of graduate study.

AS: What was your poster about?

KN: I’m investigating a group of transcription factors called SoxE factors that are essential for neural crest development. Initially, they keep neural crest cells in a stem cell state, but later on direct formation of chondrocytes, melanocytes and glial cells. We are looking into how a related Sox protein, called Sox5, modulates SoxE function in a context specific manner and additionally has roles independent of SoxE function in setting up patterning in the early ectoderm.

AS: And what did you find?

I also have determined that Sox5 has an even earlier role, independent of SoxE factors, during ectodermal patterning. We are looking into the mechanism behind how Sox5 affects the ectoderm, possibly through BMP signaling and how this may further regulate neural crest development.

AS: So you think there is cross-talk between Sox5 and BMP?

KN: That is one of the things we are looking into right now. We think it has a role in early ectodermal patterning, and we are trying to figure out how it causes the ectoderm to be properly patterned to be competent to form neural crest forming regions.

AS: And do you know the downstream targets that Sox5 actually controls?

KN: This is one of the things that we are currently working on. We would like to determine whether or not Sox5 directly regulates downstream targets of ectodermal patterning, for instance in epidermal and neural plate fated cells. We do know direct targets later on during neural crest cell differentiation stages, including Col2a1 and Dct, where Sox5 can regulate SoxE activation of these targets.

AS: So what are your plans for this project in the future?

KN: Right now, I am trying to nail down the mechanism behind how Sox5 is functioning to pattern the ectoderm. Because we are seeing such dramatic affects on ectodermal derivatives including the epidermis, neural plate, and the neural plate border forming regions we suspect it is playing a major role in an upstream signaling pathway.

AS: It sounds really complicated, the cross talks and the transcription factors that control it. Did you hit a point when you couldn’t go any further?

KN: It is surprising sometimes to see what different directions your project will take you. When we first looked at the in situ expression profile and found that it was expressed earlier in places outside of neural crest forming regions, that intrigued us. So we looked upstream of neural crest development, looking at how Sox5 may be also involved in setting up ectodermal patterning. We think it may be that Sox5 is involved in setting up the ectoderm to allow it to become competent to form neural crest tissue.

AS: How long do you have left of your PhD?

KN: I think a couple of years. I am submitting my first manuscript on Sox5 as a regulator of ectodermal patterning, as well as also trying to put together a second manuscript on Sox5’s roles to modulate SoxE function. I am also starting to think about where I would like to do my postdoctoral work.

AS: Do you think you will stay with neural crest cells?

KN: I really love studying neural crest development, but I also want to broaden my horizons, so I am also looking at other things. But the neural crest is really a great population of cells to study. It has given me the opportunity to try different techniques, and in particular a lot of biochemical experiments. It is a really a great system to develop a good foundation in experimental biology.

AS: Is this your first prize at a SDB meeting? Have you won prizes before?

KN: It is my first prize at SDB! Last year I attended the Xenopus meeting in France and I won a poster prize there as well.

AS: And are you looking forward to going to the BSDB meeting? Have you been to England before?

KN: I have never been to England before, so I am very excited. It will be a lot of fun.

AS: And maybe you will have more data to show then…

KN: Hopefully yes. By then I hope to have nailed down the mechanism and understand molecularly what is really happening.

AS: Congratulations once again

KN: Thank you very much 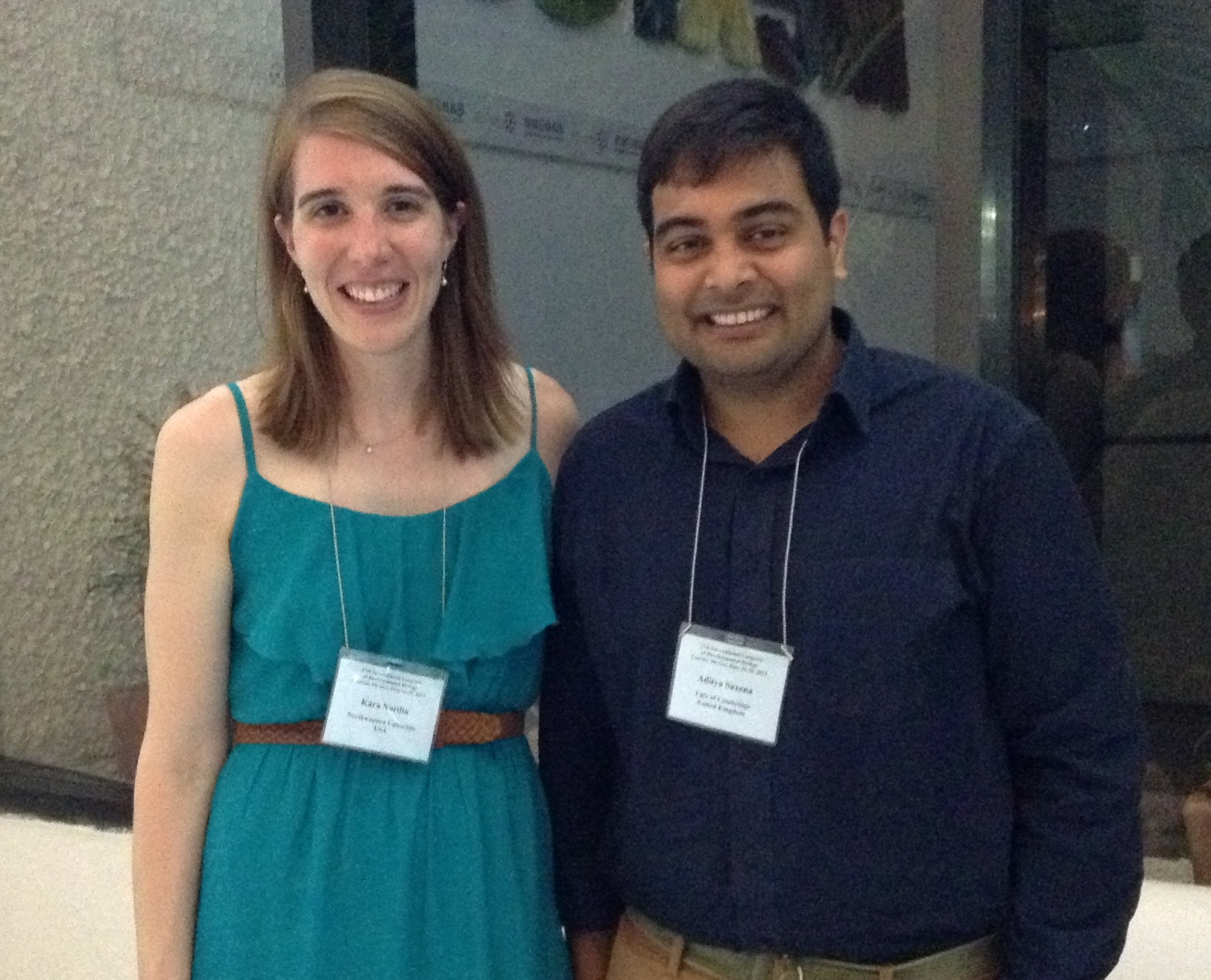