Wendy Gu was the winner of this year’s British Society for Developmental Biology (BSDB) meeting poster competition. Her prize was to attend the annual meeting of the Society for Developmental Biology (SDB), which took place in Snowbird, Utah, in July. Continuing the interview chain, Wendy interviewed Valeria Yartseva, who won the poster prize at the meeting. Valeria’s prize will be to attend the BSDB meeting at the University of Warwick, UK, next year.

WG- Valeria, congratulations on winning the 2015 SDB poster prize! The readers of the Node would be interested in knowing a bit more about you, and specifically about your lab. Can you tell us a bit more about that?

VY: Thank you Wendy, I’m really thrilled to be the recipient of this award! I am a graduate student at Yale University, in the lab of Antonio Giraldez. Our lab has a deep interest in understanding how a single cell embryo becomes a multicellular organism. Life in all animals begins as a single cell that contains all the information required to make a mature organism, and understanding how this is possible has been the driving force of our work. My work specifically addresses how the maternal instructions, which are so critical for the earliest stages of development, are actively degraded during the maternal to zygotic transition, to facilitate the transition from being an oocyte to becoming a pluripotent embryo.

WG: What was your poster about?

VY: The critical results of my project were obtained using a high throughput reporter assay that we developed in the lab. We first used high throughput sequencing methods to identify the transcripts that are degraded over time. Once we knew the identity of these transcripts, we were able to zoom in on the specific sequences within these mRNAs that were regulating their fate during the maternal to zygotic transition. From these snippets of sequences we were able to build consensus motifs that explain the degradation of groups of these regulated transcripts. It was a nice way to go from the whole transcript to the regulatory element, and then building a motif that explains the behavior many transcripts.

WG: What is the biological relevance of the degradation of these transcripts?

VY: We believe the turnover of maternal RNAs during the maternal to zygotic transition is critical for the transition to the totipotent embryonic state. Life begins as a union between two terminally differentiated cells, the oocyte and a spermatozoon, which triggers the reprogramming of the oocyte into a totipotent zygote. Clearance of maternal mRNAs is a universal feature of embryonic development in metazoans and evidence to support that this process is instructive for development is the striking parallel between somatic cell reprogramming in vitro and the maternal to zygotic transition. The microRNA miR-430 is a major regulator of maternal mRNA clearance and its mammalian orthologue miR-302 enhances reprogramming efficiency to pluripotency in vitro. It is our belief that uncovering additional mechanisms that eliminate the maternal program of development will advance our understanding of developmental reprogramming to pluripotency as it occurs in vivo within the embryo.

WG: Which experiment or data are you most proud of?

VY: We tried many different directions to answer this question, but ultimately the experiment that made the project was this high throughput reporter assay. It is a funny story actually. We finally figured out how to build this assay and were getting ready to submit the experiment for sequencing. I was on the phone with Antonio, who was traveling at that time, to discuss the last details of this experiment. I was saying to him ‘I am not sure this is going to work. This might fail, that might fail, etc’. He said ‘Just close your eyes and do the experiment’. It was very eye opening. I learned that sometimes it pays off to just go for an experiment blindly.

WG: Have you won a poster prize at a meeting before?

VY: The first time I won a poster prize was at the annual retreat of the Genetics Department at Yale. I was just having such a great time talking about my science; I never thought about winning an award for it. I am also extremely grateful to have received the Northeast SDB best poster award, which allowed me to come to this meeting.

WG: So you have a track record of prize winning! What is next for you?

VY: I’m starting my 5th year in graduate school and I am really enthusiastic about completing this project. Of course, I will be really sad to leave next year, because I have invested half a decade of my life to understanding this one problem and Antonio has been such an amazing mentor to me over the years. I don’t anticipate to stray far from developmental biology in my future career; it’s just too much fun. I also deeply believe that by understanding developmental principles one can understand how these processes go awry in disease states. This motivates me to go to the lab every day.

WG: Your prize is attendance of the 2016 British Society of Developmental Biology meeting. Will you be attending this meeting?

VY: That is an absolute dream come true. I have always wanted to be a developmental biologist, and to be honored in this way is most thrilling to me. I am very excited to attend the BSDB meeting next year.

WG: On behalf of the British developmental biology community we welcome you with open arms and we look forward to hearing more about your work!

VY: Thank you Wendy, it has been a pleasure! 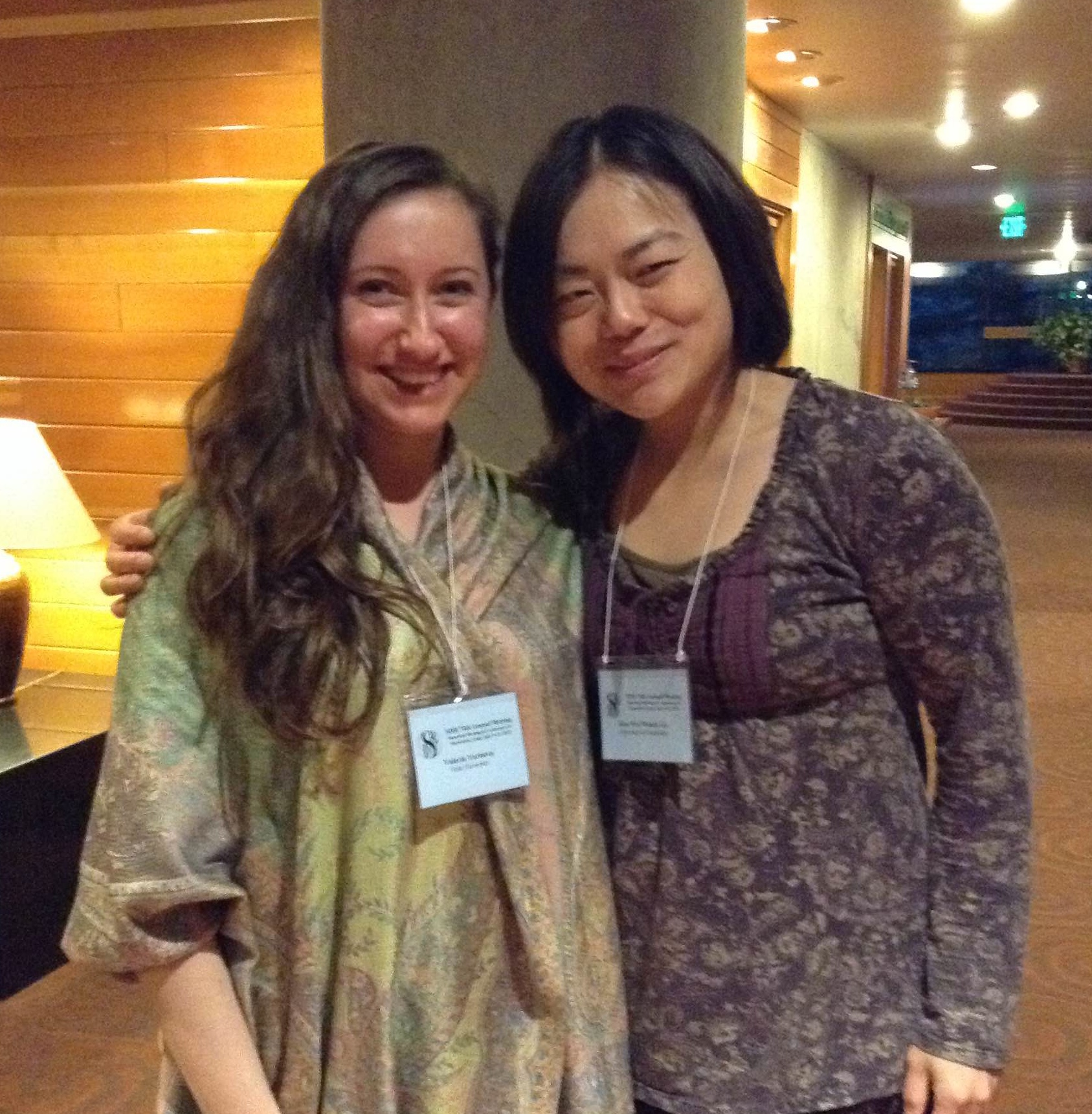