This is the first in a series of posts about careers outside of academic research. See here for more information.

To start the series on alternative careers, I’m going to share the story of how I ended up as community manager of the Node. But first I need to bring up a pet peeve: I don’t like the phrase “alternative career”. For me, leaving the bench was never an “alternative” – it was my goal.

I studied chemistry at VU University in Amsterdam – first with the intention of becoming an environmental scientist and saving the planet, but once I was in the program I found that there were things I enjoyed much more than research itself. By the time I finished, I had done research in three biochemistry and pharmacology labs, but I’d also organized a study tour to Scandinavia, assembled the chemistry students’ year book, ran two career days and organized a number of other activities for science students. I really liked connecting scientists and talking about science. However, I wanted a few years of additional research experience, so I did a PhD in the Biochemistry program at the University of Toronto, where I researched pathways involved in mouse skin pigmentation. 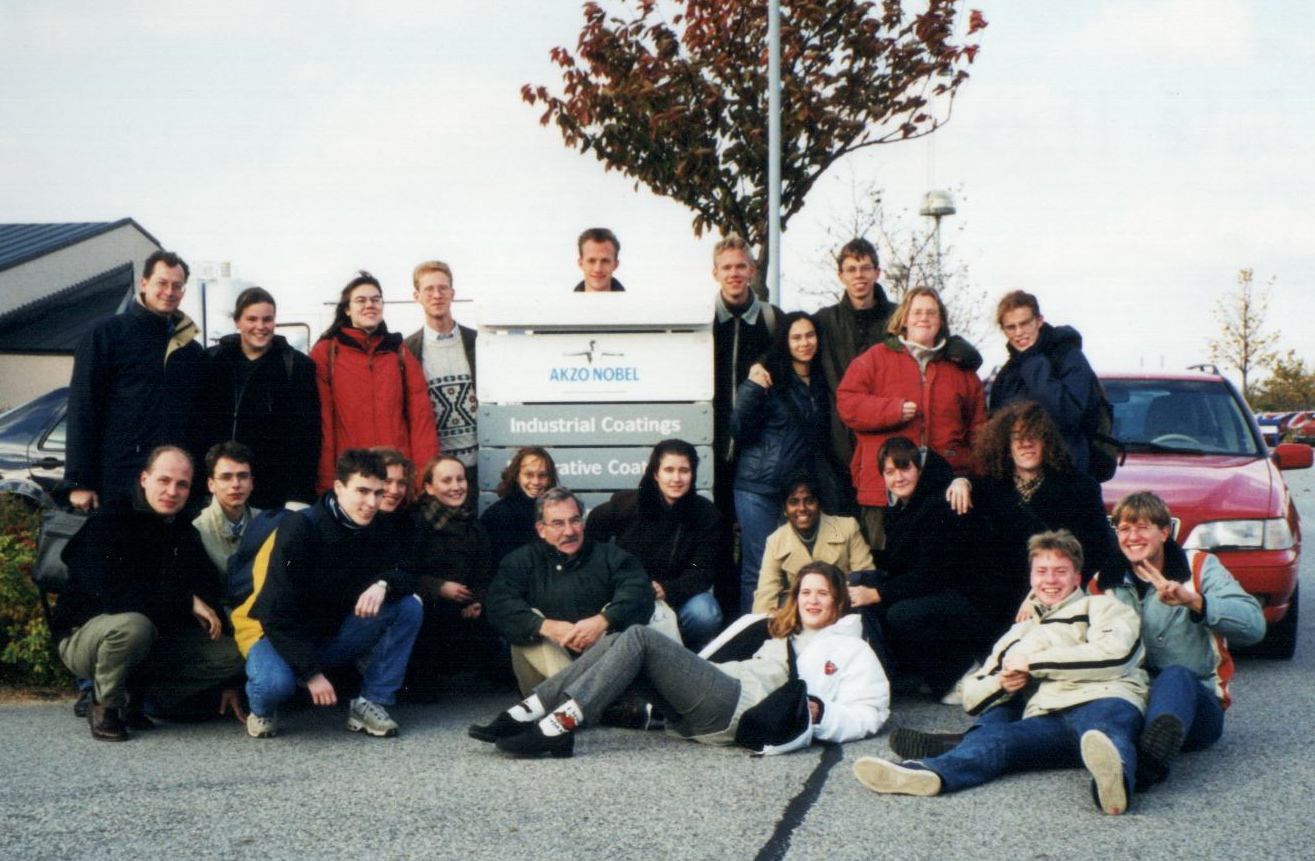 A visit to AkzoNobel in Malmö, Sweden, during the study tour I organized in 1999. I’m in the brown striped scarf, near the middle.

During my PhD, I started writing a science blog in my spare time. I wanted to create a site where I could write about the kind of science-related things that were not directly relevant to my work in the lab, just for fun, in the evenings after work. Starting the blog led to a number of other science writing opportunities, ranging from a blog on Nature Network to writing fact sheets for season four of ReGenesis – a Canadian TV drama about scientists. I started doing more and more writing on the side, as well as other science-related things: I was on the editorial board of Hypothesis (a small journal based out of the University of Toronto), I visited classrooms to talk to kids about science for outreach organization Let’s Talk Science, and I instigated an “unconference” (a meeting without a program) for scientists called SciBarCamp. 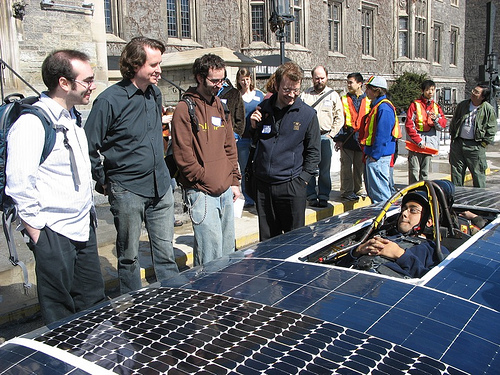 I really liked doing all my side projects, and wanted to do more of that. When I came close to the end of my PhD, I made myself a promise: I would try a freelance career for a year, and if at the end of that year it looked like it was not sustainable, I would find a fulltime job. My backup plan, in case nothing worked out, was to do a postdoc, but I really didn’t want to. I felt that that would take me too far down the track I didn’t want to be at. Doing a postdoc was, for me, the absolute last-choice alternative.

I defended my PhD thesis in December 2008. Unfortunately, with the plummeted economy, 2009 was not the best year to start a freelance career, and, when I earned little enough that I qualified for employment insurance, I started looking for full-time work. I sent out job applications here and there, mostly for editorial positions, because scientific publishers are key players in connecting scientists and in communicating science.

The job search was frustrating, not just because there weren’t very many jobs at the times, but also because I didn’t quite have the right experience for anything. Eventually, I applied for a reviews editor position at Development, even though I knew I didn’t qualify for that either, and got a reply asking me if I wanted to interview for the Online Editor position instead – the job that involved setting up and running the Node. As you know, I got that job, and I get to blog during work hours now.

I like that running the Node gives me a chance to keep in touch with academic research, through conferences, lab visits, and reading papers, but without having to do any experiments myself. Even though I now mainly work with developmental biologists, I’m more broadly interested in the practice of science in general, and my dream job would be to think about general questions related to the vague concept of “the scientific community”: Why did postdocs become a requirement for academic jobs in some fields but not others? How does the public think about scientists, and why? Is there a better way to do peer review than the current system? (A current side project of mine is to find out why so many scientists are also musicians. It has leaked over to the Node on a few occasions…) To be able to think about these things, about the process of science and the life of scientists, I really needed the experience I’ve had doing research myself, as part of my PhD. So while I didn’t use my PhD in the traditional way of a sort of training program for a specific field of research, it has definitely been indispensable and worthwhile.

The main reason I got my current job at the Node, and not any of the others I applied for, was that all the things I’d been doing in the previous years formed the kind of experience that the job required. I had done research, but I’d also done science writing and community building – mostly as a hobby! Everyone is going to ask for experience, no matter what job you apply for, but it’s possible to get experience in things you think you’re just doing for fun, and that might just be the best job yet.

For a career involving science writing, blogging is a good way to start. You can set up your own, but we could also always use new people to write for the Node. In the wise words of this beer coaster spotted at a London pub, “Keep up and blog on!”