In February 2010, The Company of Biologists (which publishes Development and hosts the Node) organized the first of a series of workshops. The theme of the workshop was “Neural Stem Cells in Development and Disease”, and was attended by a variety of researchers: some work on the role of neural stem cells in development, while others studied disease models. The workshop was unique in bringing together scientists from these different areas.
In a few weeks, we’ll post an interview with the organizers of this workshop, so you’ll hear more about it. For now, here’s a group shot of all the participants 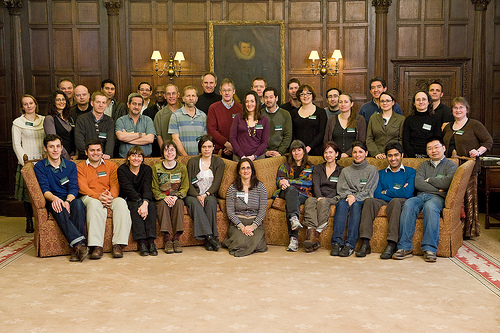