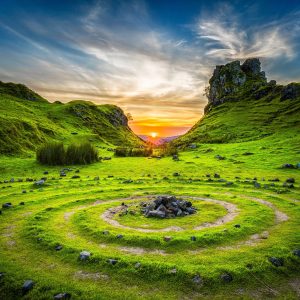 Genetics Unzipped is delighted to host a short series of podcasts recorded at the 2019 Galton Institute symposium – New Light on Old Britons – which took place at the Royal Society in London at the end of October. Reporter Georgia Mills talks to some of the leading researchers uncovering the hidden stories of the people of the British Isles.

Who were these ancient Britons? Where did they come from and what were they like? What’s the real story behind the romantic myths about the Celts? And what can modern genetic and archaeological techniques tell us about their lives and loves?

Click the links to listen to each episode and watch a short highlight video, or subscribe to Genetics Unzipped using your favourite podcast app to get them all.

Professor Ian Barnes and Dr Selina Brace, ancient DNA researchers at the Natural History Museum in London, discuss how their work on ancient DNA is shedding light on the British population from the Mesolithic to the Bronze Age.

Dr Silvia Bello from the Natural History Museum in London is investigating how patterns of human behaviour have changed over the last million years.

Professor Sir Walter Bodmer FRS from the Weatherall Institute, Oxford, explains what we know so far about genetic structure and origins of populations of the British Isles.

The Celts are one of the most famous – and misunderstood – people who lived in ancient Britain. Professor Sir Barry Cunliffe CBE, FBA from the University of Oxford explores the myths and the reality.

07 – Genetics and history: how DNA can be used as a window onto the past – Professor Turi King

Professor Turi King from the University of Leicester reveals the secrets of the Y chromosome and how the remains of Richard III were identified.

The Genetics Unzipped podcast will be back with new episodes from the 2nd January 2020. Follow us on Twitter for the latest news – @geneticsunzip