This obituary first appeared in Development. Also read other obituaries about Walter Gehring in Science, EMBO Journal and Developmental Cell.

Alex Schier looks back at the life and research of his graduate mentor and friend Walter Gehring. 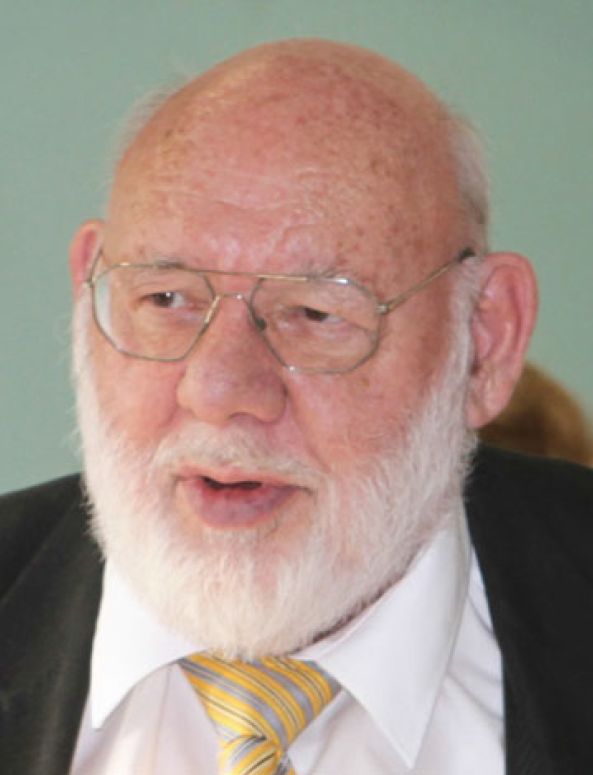 Walter Gehring, one of the fathers of modern developmental biology, died on May 29th 2014 from the injuries sustained in a car accident. Gehring and his collaborators led the field, from experimental embryology to molecular genetics. On the way they discovered the homeobox, isolated master regulators of segment identity and organ formation, developed enhancer trapping and helped reveal the remarkable conservation of developmental control mechanisms in animals.

Gehring grew up in Switzerland and was trained as a classical zoologist, gaining his first research experience with radar studies of bird migration. As a graduate student with Ernst Hadorn, he studied transdetermination, the process by which, upon repeated transplantation, imaginal discs can change their identity from one segment to another (Gehring, 1966b). During that time, Gehring also found a gain-of-function allele of Antennapedia, which transformed the antennae of a fruit fly into legs (Gehring, 1966a). The realization that tissues can be transformed from one fate into another through transplantation or mutation defined Gehring’s future path and his quest to identify the molecular basis of tissue identity.

Gehring joined Yale University in 1965, first as a postdoctoral fellow in Alan Garen’s laboratory and then as an assistant and associate professor. He attempted to purify DNA-binding proteins that differed between imaginal discs but was initially unsuccessful in these efforts and retreated to more tractable projects (Chan and Gehring, 1971; Shearn et al., 1971). In 1972 he returned to Switzerland and became one of the founding members of the Biozentrum at the University of Basel. It was at the Biozentrum that he and his co-workers helped revolutionize the field of developmental biology over the next 25 years.

Gehring was one of the early disciples of the molecular cloning revolution. Following in the footsteps of his friend Dave Hogness (Bender et al., 1983; Glover et al., 1975), he and his team isolated some of the first Drosophila genes and then embarked on the cloning of Antennapedia (Artavanis-Tsakonas et al., 1977; Garber et al., 1983; also see Scott et al., 1983). This tour de force was rewarded with the monumental discovery of a DNA segment – the homeobox – that was conserved not only between Antennapedia and other Drosophila homeotic genes but also in other animals, including humans (McGinnis et al., 1984a,b,c; also see Scott and Weiner, 1984). Not unjustly, the homeobox has been called the Rosetta Stone of developmental biology: it was the blueprint for the isolation of developmental control genes in all animals and laid the molecular foundation for the field of evo-devo (Slack, 1984).

In quick succession, Gehring and his collaborators identified scores of homeobox genes, revealed their expression patterns, dissected their regulatory regions, and determined how the homeodomain binds to DNA in vitro and in vivo (Fjose et al., 1985; Hafen et al., 1984; Hiromi and Gehring, 1987; Hiromi et al., 1985; Kuroiwa et al., 1984; Mlodzik et al., 1985; Qian et al., 1989; Schier and Gehring, 1992). Remarkably, when Gehring and his co-workers ectopically expressed Antennapedia in transgenic flies, they induced the same antenna-to-leg transformation that he had observed 20 years earlier as a student (Schneuwly et al., 1987). This experiment was not only the culmination of 20 years of research but it also provided the proof-of-principle that tissues can be reprogrammed and redesigned in vivo, a quest that is ongoing in the field of regenerative medicine.

During that time, Gehring and his group also pioneered in situ hybridization and developed enhancer trapping and thus revealed some of the most stunning patterns in biology, ranging from gradients and stripes to fine-grained arrangements in the nervous system (Bellen et al., 1989; Hafen et al., 1984, 1983; Levine et al., 1983; Mlodzik et al., 1985; O’Kane and Gehring, 1987; Wilson et al., 1989; also see Akam, 1983). These iconic images were only surpassed by the eyes on the legs of Drosophila, generated by the misexpression of eyeless (Pax6) (Halder et al., 1995). Discovered serendipitously, eyeless was found to be both necessary and sufficient for eye development, and supported the concept of organ selector genes (Halder et al., 1995; Quiring et al., 1994). Even more importantly, the broad conservation of Pax6 in all animals and its expression in eye precursors overturned the idea that the eye had evolved independently dozens of times. Instead, Gehring postulated that the strikingly diverse eyes found in the animal kingdom derived from an ancestral eye (Gehring and Ikeo, 1999). Thus, the discoveries of the homeobox and Pax6 were not only thrilling scientifically, but they also highlighted philosophical and even ethical implications about the shared heritage of all animals.

Most recently, Gehring took up the challenge set forth by his hero Charles Darwin – how could “organs of extreme perfection and complication” evolve – and began to search “for the gradations through which an organ in any species has been perfected” (Darwin, 1859). Gehring postulated a symbiont theory for eye evolution, which he dubbed the ‘Russian Doll’ hypothesis (Gehring, 2014). He supported the idea that light sensitivity first arose in cyanobacteria, which were later engulfed by red algae as primary chloroplasts. In turn, the red algae were taken up by dinoflagellates as secondary chloroplasts and transformed into complex photoreceptive organelles. Finally, he imagined that through endosymbiotic gene transfer dinoflagellate genes were transferred to cnidarians. It now falls to the next generation of evolutionary developmental biologists to test Gehring’s Russian Doll hypothesis.

Today, we take many of the concepts and technologies developed by Gehring and his colleagues for granted. But these breakthroughs happened at a time when many developmental biologists were still following the credo of classical embryology and focused on cutting and pasting tissues between embryos. Indeed, Development only gained its current name in 1987; previously going by the title Journal of Embryology and Experimental Morphology. Gehring’s path reflected, predicted and guided this transformation in the field and this publication. Fittingly, he served as an editor for Development from 1990 to 1992 and on the editorial advisory board for many years, and published one of his first and one of his last papers in this journal (Gehring, 1966b; Prince et al., 2008).

Gehring was not only a visionary scientist and mentor but he was broadly engaged in research enterprise and education. He was an inspiring teacher of genetics, evolution, marine biology and developmental biology and co-author of the leading German textbook in zoology. He was a pioneer in training molecular biologists in Europe during the early days of the cloning revolution, and was a generous supporter of EMBO, serving as Secretary General (1996-2001) and helping lay the foundation for the ascendance of Europe in the field of molecular biology. Gehring and his colleagues, including Werner Arber, Gottfried Schatz, Max Burger and Eduard Kellenberger, made the Biozentrum one of the most exciting institutes in the world for modern biology. Together with his outstanding assistant Erika Wenger, he organized
many inspiring conferences in remarkable settings, and during the anti-immigration movement in Switzerland in the 1970s, he and his colleagues stood up for foreign scientists.

There was a special playfulness to Gehring. When he found the Antennapedia allele, he named it Nasobemia, inspired by Christian Morgenstern’s poem ‘Das Nasobem’, which describes a hopeful monster walking on its nose. And when he led his marine biology students through Banyuls-sur-Mer, a beautiful village in the south of France, he would profess about the secrets of wine and how to pick and peel figs and eat coquille St. Jacques. He would travel to remote places to observe and photograph his beloved birds and, more recently, butterflies. Gehring’s passion and knowledge spanned entire fields, from DNA-protein interactions to bird migration, and from French wine to eye evolution. We will miss one of the last renaissance men in biology.

Darwin, C. R. (1859). On the Origin of Species by Means of Natural Selection, or the Preservation of Favoured Races in the Struggle for Life. London: John Murray.

Fjose, A., McGinnis, W. J. and Gehring, W. J. (1985). Isolation of a homeo box containing gene from the engrailed region of Drosophila and the spatial distribution of its transcripts. Nature 313, 284-289.

Hafen, E., Levine, M., Garber, R. L. and Gehring,W. J. (1983). An improved in situ hybridization method for the detection of cellular RNAs in Drosophila tissue sections and its application for localizing transcripts of the homeotic Antennapedia gene complex. EMBO J. 2, 617-623.