The Node listened in as the two prize-winning graduate students chatted over a drink on the final night in Boston. 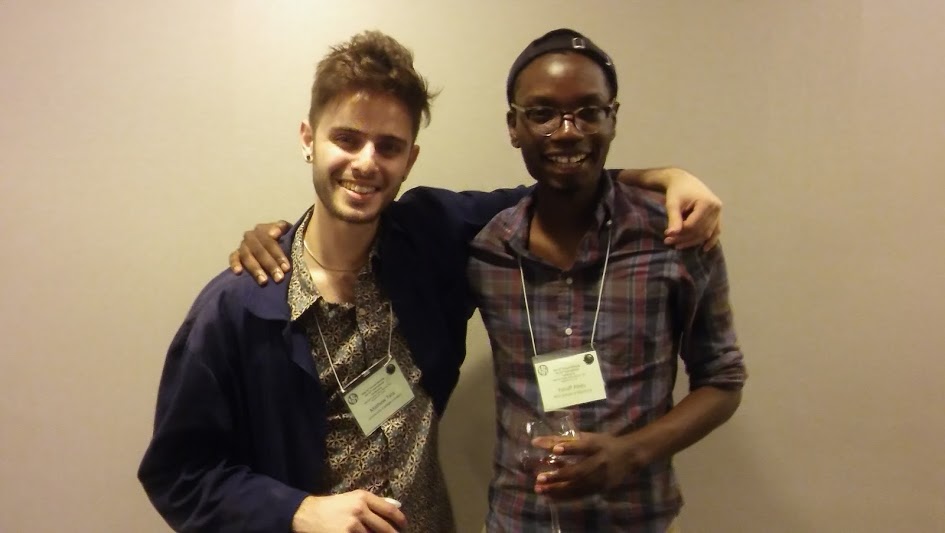 Yusuff, congratulations on winning the SDB poster prize! Can you tell us a little about the lab you work in?

Thank you very much. I’m in Jeremy Nance’s lab, he’s a developmental biologist at NYU, and the lab studies a lot of events in the c. elegans embryo. Some people work on polarity and PAR proteins, but I study the development of the primordial germ cells.

And how long have you been in Jeremy’s lab?

Can you tell us about your poster?

In essence, the poster is about the active remodelling of germ cells by endodermal cells.

What would say is the single experiment or finding that you are most proud of?

That’s a tough one…This process we study occurs when the embryo is moving rapidly within its eggshell, so the imaging is tough and challenging. We were interested in these huge protrusions the germ cells send out, called lobes, and whether some of them remained attached to the cell body or not. To do this, we basically had to paralyse these embryos and do FRAP on them, photobleaching the lobes and seeing if there is any recovery from the cell body…so I call it imaging acrobatics: you have to keep them alive, but still enough, and do fancy imaging on top of that. I didn’t think it was going to work, but it did!

So what’s next for you?

After I get my doctorate, a postdoc: I think I’ll stay with worms, they’re a great organism to work with and we’re getting new tools everyday. There’s still a lot of weird stuff going on in worms that is yet to be understood: I’d encourage anyone who doesn’t work on them to consider a worm lab in the future.

And are you looking forward to the BSDB next year?

I am, yes: I’ve heard some great things about it.

Well it was a pleasure to meet you, and congratulations again!