Here is some developmental biology related content from other journals published by The Company of Biologists.

Notch signalling regulates various aspects of vertebrate cartilage development, and Hilton and colleagues now investigate the role of the Notch effectors HES1 and HES5. These transcription factors suppress chondrogenesis and promote chondrocyte hypertrophy, with some overlapping and some distinct functions. 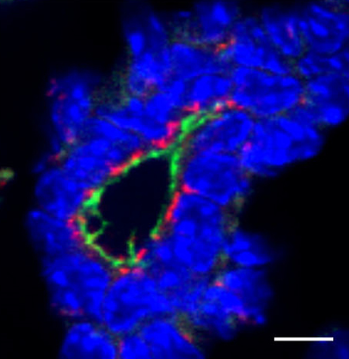 protein Scribble is critical in establishing apical-basal polarity during epithelial development. Muthuswamy and coworkers now show that during pregnancy, Scribble has an unexpected role in promoting cell proliferation during alveologenesis, potentially via keeping the prolactin receptor at the cell surface.

A molecular pathway to haptotaxis

Haptotaxis is directional cell migration in response to a gradient of substrate-bound cues. Bear and colleagues investigate the cellular and molecular basis of haptotaxis using microfluidic chambers, and show that differential actin and lamellipodial dynamics, regulated by Arp2/3 and its upstream regulators, contribute to the process. 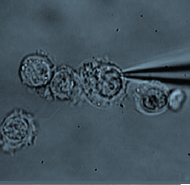 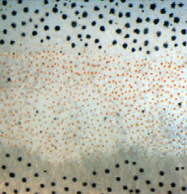 pigmentation is an established model system for developmental patterning. Irion and colleagues now identify a new player in pigmentation: the polyamine spermidine. Mutations in the spermidine synthase gene leads to loss or interruption of the dark stripes of the flanks and fins [OA].

In his Editorial, Leonard Zon explores how complementing his lab’s primary model organism – the zebrafish – with other model systems helped in the translation of research to the clinic , and the importance of collaboration and infrastructure [OA].

Pera and co-workers use Xenopus to model Musculocontractural Ehlers–Danlos syndrome, which is caused by mutations in dermatan sulfate enzymes. The craniofacial abnormalities associated with the disorder may arise from defective migration, rather than specification, of neural crest cells [OA].