The meeting was initially planned to take place in Bilbao, Spain, on the same dates, but this was not possible due to the COVID-19 pandemic. It is worth mentioning that the first meeting of the SEBD, organized by Juan Aréchaga, took place close to Bilbao in 1996 (University of the Basque Country, Leioa). Little could they imagine the circumstances we would face in the 2020 meeting organization! So, we missed out on the wonderful city of Bilbao, its cultural and food and drink scene, but we did not miss out on the great science being done by developmental biologists in Spain and abroad. Despite the switch to a non-face-to-face format, it was the aim of the organizers to respect the program that was already prepared. We were fortunate that all the invited speakers accepted to change to the virtual format. We still thank them for that!

In the virtual SEBD2020 meeting, different sessions were organized, that ranged from the study of the most basic processes of development (Self-organization, Growth & Scaling, Cell Biology, Evo-Devo, Genomes), to the consequences of the modulation of these processes, such as developmental disease and regenerative biology (Neurodevelopment, Development & Disease, Regeneration). All sessions were initiated by invited speakers, all internationally renowned researchers in Developmental Biology, who presented their unpublished work to an audience of over 250 people ranging from early career researchers to established project leaders. Furthermore, two short presentations and three or four flash-talks were selected per session from the abstracts received. 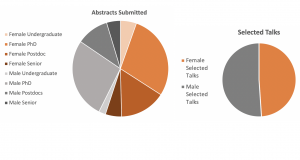 In the morning of the first day, a virtual outreach event with schools was organized to talk about research and developmental biology with young students all across Spain. After that we had two workshops. The first, on animal experimentation legislation was organized by Augusto Escalante and gave participants tips and tricks on how to build an evaluation report for ethics committees. The second, organized by Sofia J. Araújo and Teresa Rayon brought together a panel to discuss new initiatives on journal-independent peer review. The panel, composed of representatives from innovative projects such as Preprint Review from eLife, Sciety, Peer Community In (PCI), Review Commons and PREreview as well as long standing representatives in preprint curation such as ASAPbio and PreLights from the Company of Biologists, lead a dynamic discussion on the possibilities of changing the peer review system. Concerns were raised about the validity of the review without the label of the signing publisher, although it was also argued that the same concerns can be raised in the case of established publishers. The workshop ended with the overall feeling that it is worth continuing the discussion on which projects will be more valuable for the community.

The scientific meeting kicked off with a plenary seminar by Maria Leptin (EMBL Heidelberg and EMBO Director), on the recent work of her lab on how cell mechanics can modulate intrinsic genetic programmes. This was followed by a session on Growth and Scaling, sponsored by Developmental Dynamics with Marian Ros (IBBTEC, UNICAN) as an invited speaker. Marian presented recently published work from her lab on how Hoxc genes are activated in a colinear manner in the embryonic limb ectoderm and are subsequently transcribed in developing nails and hairs, modulating their growth and scaling. The second session focused on multicellular self-organization, and started with an invited seminar by Miki Ebisuya (EMBL Barcelona) on recently published work from her group showing an elegant example of how mouse ES cells and human iPS cells can autonomously generate oscillating expression patterns that are faster in mouse than in human cells, reflecting the species specific somitogenesis clock period observed in the embryo.

The second day started with the Neurodevelopment session, with an invited talk by Elisa Martí (IBMB-CSIC, Barcelona) who told us how the caudal part of the spinal cord is generated through secondary neurulation, dependent on cell intercalation driven by SMAD3 and YAP. This gave way to the Genomes session, dedicated to the memory of José Luis Gómez-Skarmeta, who recently left us prematurely, leaving a great sadness in all the community. The session was opened by Tatjana Sauka-Spengler (Oxford University, Radcliffe Dept. of Medicine) who focused on the regulation of FoxD3, a gene encoding a key transcription factor during neural crest development. By studying different FoxD3 cis-regulatory elements and using single-cell approaches in zebrafish, Tatjana discussed the role of FoxD3 in controlling the development of trunk neural crest cells from neuromesodermal progenitors. Furthermore, the SEBD organized a tribute video to José Luis, with testimonies from his closest collaborators and friends, that praised the life and scientific achievements of this extraordinary researcher and captured the essence of what the figure of José Luis represents for us. The video was shared with those outside the meeting by YouTube live.

The afternoon brought us the Cell Biology session, sponsored by the journal Mechanisms of Development, and the talk of Mónica Bettencourt-Dias (Gulbenkian Science Institute Director) on the de novo origin of centrioles, the diversity of centriole structure between species and even within the same organism, and centriole abnormalities in cancer. Later, we had the Development and disease session, sponsored by the journal Developmental Biology. The session opened with an inspiring talk by Ramón Muñoz-Chápuli (University of Málaga), who introduced the audience to the origin and role of endothelial cells in mammals.

The third and last day started with a session in Evo-Devo. The invited speaker Naoki Irie (University of Tokyo, Japan) spoke about the limits that the genetic programs of development impose to the evolution of vertebrates. With an astounding collection of embryos from a plethora of chordate species, Irie presented a comparison of transcriptomes and epigenetic signatures throughout embryonic development and vertebrate species. Last but not least, we had the Regeneration session, representing a growing branch of developmental biology. It started with a seminar by Florenci Serras (University of Barcelona), who shared with us his group results on the mechanisms of sensing and repairing damage in epithelial tissues, using Drosophila wing discs as the model system.

At the end of the meeting, we organized an awards session, where several prizes were announced. The President of the SEBD, Miguel Torres (CNIC), announced the two winners of the “José Luis Gómez-Skarmeta Award to Scientific excellence in Developmental Biology” for young PIs. Alvaro Rada-Iglesias (IBBTEC, UNICAN) and Manuel Irimia (CRG, Barcelona) won this prize ex-aequo for their contributions to genome regulation in development. Also, the “SEBD Awards for scientific excellence in doctoral theses” were announced, and given this year to Diana García Morales (CABD), Pedro Javier Gómez Gálvez (IBiS) and Cristina Sánchez Fernández (UNICAN) for their outstanding Ph.D. work.

Furthermore, during the meeting, there were two science-competitions. The SEBD prizes for the best posters were selected by a scientific committee present at the meeting. The best poster prize went to Carlos Camilleri-Robles from the University of Barcelona, who presented his results on Regeneration of Drosophila wing imaginal discs. The 2nd prize went to Daniel del Toro also from the University of Barcelona for his poster on migrating neuron guidance. And we had two 3rd prizes for Cruz Morenilla-Palao from the Neurosciences Institute and José Santos-Pereira from the CABD-CSIC, on the formation of bilateral circuits and zebrafish gene regulation, respectively.

A Photography Competition was sponsored by the journal Developmental Biology. In this SciArt competition there were many beautiful images from different developmental biology models and methods. Victor Borrell (Neurosciences Institute, Alicante) authored the winning image, a ferret kid brain section named “Ferret Butterfly”. The second prize went to Veronica Murcia from the same institute, with a growth cone image she entitled “Flower Thistle”. And, last but not least, Ettore de Giorgio (IBMB-CSIC, Barcelona) got the third prize with a photo of a Drosophila embryonic trachea entitled “Roots and Branches”. There were many other beautiful pictures, which unfortunately could not be selected, but we have been posting them in the SEBD Twitter and Instagram accounts.

Notwithstanding the virtual format, we decided to pursue initial plans for poster presentations and side-activities, aiming to promote as much interaction as possible among participants. Posters were visible in pdf format at the virtual platform and, in many cases, were accompanied by explanatory audio or video. Most of the presentations, were live and followed by a live Q&A session by the audience. This made the sessions highly interactive, dynamic and participative, with lively discussions. Oral presentations were recorded and made available for up to one week after the meeting finished. Discussions in the poster sessions were done through the Slack channels or (virtual) face-to-face in Remo.

Virtual meetings lack human contact and networking which is so important for science advancement. An extra effort from the organizing and scientific committees was done to facilitate computer-based communication tools, including online platforms for live presentations and discussions, Slack channels for specific discussion on each poster and scientific talk, and Remo sessions for informal discussions among participants. Slack channels were also used for putting adds and general information about the meeting. All together these channels helped fill in the gap left by the lack of real-life contacts.

We were very fortunate to count on sponsorship from the Company of Biologists, Developmental Biology, Mechanisms of Development, Developmental Dynamics and Development. This financial support was used to waive the registration fee for undergraduate and PhD students, which benefitted students not only form the SEBD, but also from abroad (other European countries, and other as far as Brazil, Mexico and Australia). Opinion polls were performed at the end of the meeting, where most of the participants manifested that the meeting was better or much better than they anticipated! And nobody complained about the catering…

You can read more here!