June marked the start of summer in the Northern Hemisphere, as well as the Node’s second birthday. We celebrated this occasion with… a plethora of conferences, courses, workshops, and job postings! It was our busiest month ever, in terms of site visits as well as in number of posts, so let’s see what everyone has been up to.

Courses
The annual Embryology Course started again this month in Woods Hole, and the first update from this year’s students comes from Andrew Mathewson.

“Time has become an abstract concept for my fellow students and me; it seems like we just got here and yet have known one another for months. We engage in science almost every hour of every day. There is no work – only play. I was imaging immunostained plankton on a new Nikon A1 confocal microscope at 3am Saturday morning. I would have gone all night except I did not want to miss Nipam Patel’s famous butterfly lecture at 9am the same morning. Again, this isn’t work. I want to be doing this – and so does everyone else here.”

Meanwhile, a record number of people voted for a Development cover from some of the images taken by last year’s students. This beautiful image of a ribbon worm pilidium larvae (left) won this round.

Registration is also open for another course at MBL: the Gene Regulatory Networks in Development course, starting in October.

Conferences and workshops
The International Society for Stem Cell Research holds its annual meeting. This year, the meeting was held in Yokohama, and even the Emperor and Empress of Japan were there! For a full recap, see the posts by James and Dongjin, and the collected tweets from the meeting.

Later that month, the Company of Biologists held a workshop on epigenetics in the south of England. The Company of Biologists workshops are invitation-only for speakers, but every workshop reserves a few slots for PhD students, postdocs and new PI’s, who can apply to attend. David, Roopsha and Emmanuelle were three of lucky attendees at this workshop, and they wrote about their experience on the Node. If you would like to attend a future workshop, please have a look at the upcoming workshops and find out how to apply.

At the start of June, the fourth annual Young Embryologist Meeting took place in London, and Sorrel reported on the day. 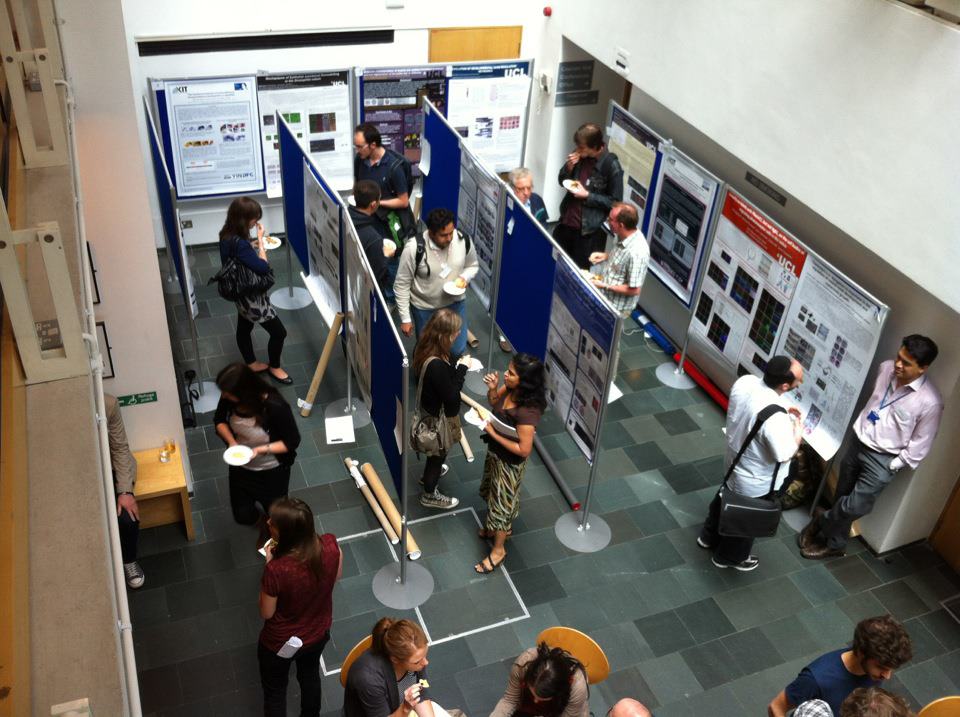 Research
Paul wrote about a new method to improve the quality of images taken with halogen light microscopes, and the effect this might have on developing nations:

“The pages of the Node itself are testament to the power of fluorescent imaging to inspire and delight. Wakayama’s team are hoping that inexpensive modification of existing halogen microscopes in schools and teaching labs will help bring science to life for the next generation of budding researchers.”

lso on the Node:
-Lots of new jobs on the jobs page

–Hope Beyond Hype – a graphic story about stem cells

-The role of TGFβ in zebrafish heart regeneration.

-Registration open for the International Chick Meeting and the Physics of Living Matter symposium.