The Woods Hole Embryology Course, which will celebrate its 124th birthday this year, is a continual source of beautiful images (and videos) of development. Since 2011 the Node has run a competition for the community to pick the best images from a given year –  the winning pictures become immortalised as Development covers!

Below you will find 4 images from the 2015 course, Round 1. Choose the one you would like to see on the cover of Development by voting on the poll at the end of the post (you can see full size versions by clicking on the images).

The poll is set up to allow only one vote per person, and closes at 12.00 GMT, Friday 14th April. Results will be announced Tuesday, 18th April. 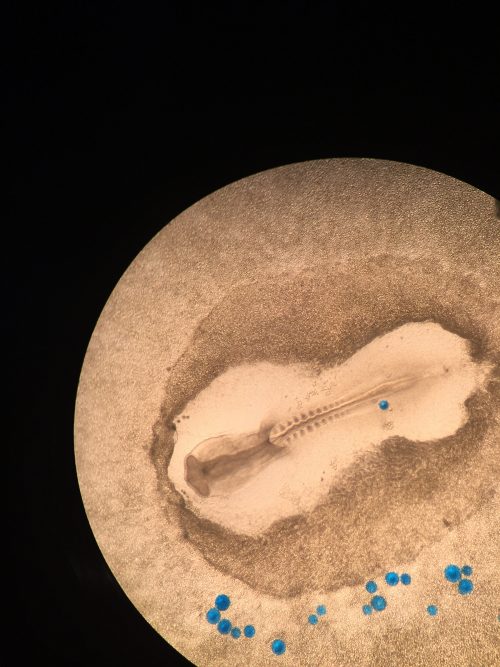 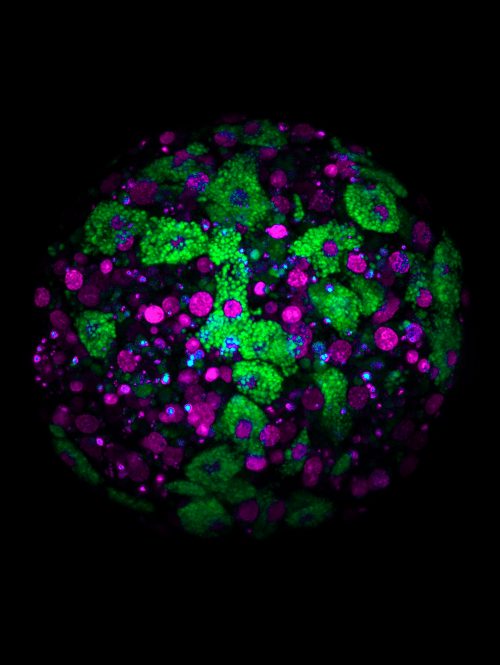 10 hours post-dissociation aggregate of cells of the marine sponge, Clathria prolifera.  A subset of the cells contains autofluorescent vesicles excited by a 405nm laser (shown in green). The nuclei are labeled with Hoechst staining (shown in purple), and the two signals were separated by spectral imaging and linear unmixing on a Zeiss LSM 780 confocal.

The University of Queensland, Australia 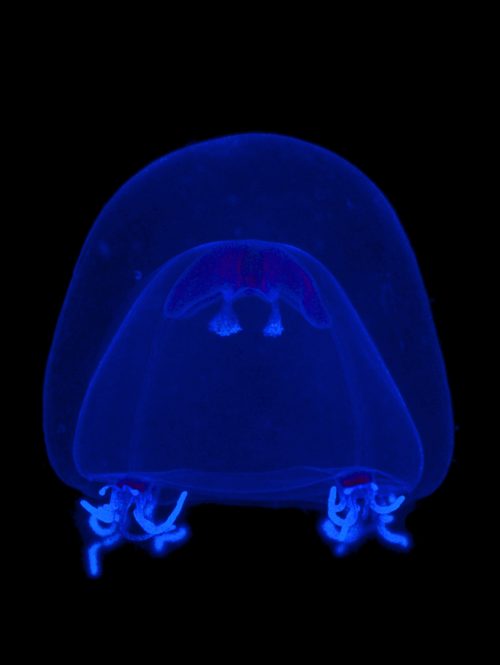 Juvenile jellyfish Nemopsis bachei collected in a plankton tow.  Stained with DAPI (nuclei).  Imaged with a Zeiss AxioImager and processed with Photoshop. 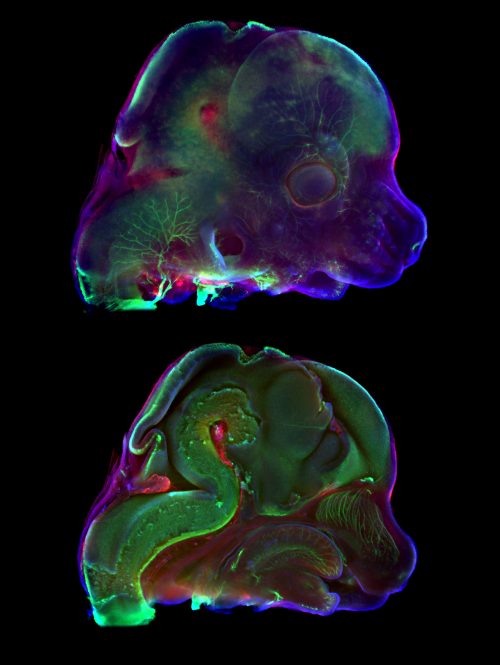