The Waddington Medal, the only national award in Developmental Biology, is awarded for outstanding research performance as well as services to the subject community. The medal is awarded annually at the BSDB Spring Meeting, where the recipient presents the Waddington Medal Lecture (note that all awards of the 2017 Spring Meeting are listed here). The BSDB is delighted to announce the 2017 winner of the Waddington Medal: William Harris FRS FMedSci, Head of the Department of Physiology Development & Neuroscience at the University of Cambridge. Bill was awarded the medal for his pioneering contributions to the understanding of retinal development. 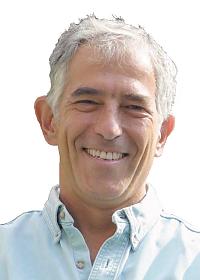 Bill is Canadian, but underwent his scientific education and early career in the U.S., where he did his B.A. in Biophysics (University of California, Berkeley; 1972), his Ph.D. on “Color vision in Drosophila” in the group of Seymour Benzer at the California Institute of Technology (Pasadena; 1972-76), carried out his postdoctoral research in the laboratory of David Hubel and Torsten Wiesel at the Dept. of Neurobiology, Harvard Medical School (1976-80), and joined the faculty of the Dept. of Biology, University of California (San Diego; 1980). He remained in San Diego until 1997, when he moved to the UK to take on a position as Professor of Anatomy at the University of Cambridge and, since 1999, Head of the Department of Anatomy (which became the Department of Physiology, Development and Neuroscience in 2006).

“Through  his  passion  for  science,  his  leadership  and  his  mentoring  of  people  at  all  career  stages,  Bill  has  made  outstanding  contributions  to  Developmental  Biology.  Working  at  the  interface  of  Developmental  Biology  and  Neuroscience,  he  has  championed  the  field  within  Cambridge,  across  the  UK  and  throughout  the  world.  His  deep  interest  and  scientific  enthusiasm  have  led  to  major  insights  in  the  field  of  neuronal  specification  and  wiring.

Bill  has  made  many  important  contributions  to  our  understanding  of  visual  system  development,  which  has  been  his  focus  throughout  his  career.  Time  and  again,  he  has  pioneered  new  fields  of  research.  His  early  discoveries  in  the  USA  helped  establish  basic  principles  underlying  axon  guidance  in  brain  wiring  and  revealed  key  mechanisms  regulating  cell  differentiation  in  the  retina.  Starting  with  the  identification  in  Drosophila  of  the  sevenless  gene  (with  Seymour  Benzer),  he  went  on  to  discover  ways  that  axons  in  the  brain  are  guided  to  the  vicinity  of  their  appropriate  targets  in  the  absence  of  neural  activity,  being  one  of  the  first  to  suggest  there  might  be  local  chemotactic  cues  that  guide  retinal  axons  from  a  distance (see Figure 1; Dingwell et al., 2000, J Neurobiol 44, 246ff. – LINK).  He  used  the  developing  Xenopus  visual  system  to  find  the  first  vertebrate  homologues  of  genes  that  influenced  fate  choice  in  Drosophila,  including  Notch,  ASH,  and  ATH,  leading  to  a  new  and  fruitful  research  direction  for  Developmental  Biologists.

After moving to  Cambridge  in  1997,  he built  on  these  earlier  observations. He  established  the  retinal  ciliary  marginal  zone  as  a  powerful  model  to  study  not  only  retinal  development  per  se,  but  also  mechanisms  controlling  stem  cells  and  the  pathways  regulating  differentiation.  Perpetually  self-renewing  and  proliferative,  this  neuroepithelium  at  the  perimeter  of  the  retina  in  amphibians  and  fish  gives  rise  to  cells  that  are  spatially  ordered  with  respect  to  cellular  development.  Combining  in  vivo  lipofection  strategies  in  Xenopus  retina  with  genetic  approaches  in  zebrafish,  Bill  has  uncovered  roles  for  the  cell  cycle,  metabolism  and  stochasticity  in  fate  determination.  A  pioneer  in  the  field  of  live  imaging  in  developing  systems,  he  made  the  very  first  time-lapse  movies  of  axons  growing  in  the  brain. He has harnessed  emerging  technology  to  distinguish  between  different  hypotheses.  For  example,  by  watching  lineages  evolve  in  vivo  he  ruled  out  the  idea  that  their  variance  was  due  to  random  cell  death.  Through  such  cutting-edge  studies  he  has  shown  how  cell  divisions,  cell  lineages  and  cell  polarizations  contribute  to  the  process  of  retinal  neuron  specification (Fig. 2; Agathocleous & Harris, 2009, Annu Rev Cell Dev Biol 25, 45ff. – LINK).  In  doing  so,  he  championed  the  establishment  of  the  Cambridge  Advanced  Imaging  Centre,  whose  main  focus  is  on  techniques  that  enable  gentle  deep  imaging  of  cells  in  developing  animals,  and  has  forged  strong  links  with  physicists  to  develop  powerful  models.

Bill  has made important contributions to the community. He is an enormous  presence  in  Cambridge,  heading  one  of  the  major  biology  departments  and  taking  a  lead  in  the  Cambridge  Neuroscience  initiative.  Under  his  leadership  and  long-term  vision,  the  Departments  of  Anatomy  and  Physiology  were  merged,  establishing  “PDN”  where  the  letter  D  stands  for  Development.  Bill  is  on  the  Advisory  committee  for  the  Gurdon  Institute,  and  has  also  been  instrumental  in  the  establishment  and  renewal  of  the  Wellcome  Trust  4-year  PhD  Programme  in  Developmental  Biology.  As  well  as  training  first-rate  researchers  in  his  own  lab  (23  of  whom  have  PI  positions  around  the  world),  he  has,  as  Department  Head,  nurtured  many  developmental  biologists  at  different  stages  in  their  career,  housing  early  researchers  (e.g.  Fiona  Wardle),  recruiting  talented  lecturers  (e.g.  Clare  Baker,  Benedicte  Sanson,  Kristian  Franze)  and  supporting  established  leaders  (e.g.  Andrea  Brand,  Magda  Zernicka-Goetz).  Despite  the  burdens  of  being  Department  Head,  Bill  has  retained  a  major  teaching  role  throughout,  with  lectures  and  practicals  introducing  fundamentals  of  neural  development  to  undergraduates  at  all  stages.  As  organizer  of  a  number  of  international  conferences,  he  has  included  significant  themes  in  Developmental  Biology.  He  is  also  editor  in  chief  of  “Neural  Development”  and  on  the  editorial  boards  for  “PLoS  Biology”,  “Cell”  and  “Molecular  Neuroscience”.  Among  his  many  other  talents,  Bill  is  an  artist  who  also  communicates  his  scientific  vision  through  his  paintings,  as  illustrated  by  his  impression  of  a  young  zebrafish  retina  (see Figure 3).”

To add to this, the high quality of Bill’s work is reflected in his many honours, fellowships and awards which include being a Fellow of the Academy of Medical Sciences (2007), Fellow of the Royal Society (2007) and Member of EMBO (2012). With respect to translational biology, he was founder of the drug discovery company DanioLabs (2002), which was successfully sold to VASTox (now Summit) plc, a leading UK biotechnology company [LINK]. Furthermore, for many of us, Bill has become an inspiring teacher, especially through his textbook Development of the Nervous System (Sanes et al., 3rd edition, 2011, Academic Press – LINK) which was a true eye opener: a highly entertaining read laying essential foundations for conceptual thought about the field and its many facets and directions.

Finally, Bill’s passion for ice hockey deserves mentioning (Fig. 4). He decided to share it with the Cambridge community by founding the Cambridge Leisure and Ice Centre as a community-led initiative in 2001, which he still chairs today. The Cambridge Ice Arena will be the key result of the initiative and is scheduled to open late 2017.

The BSDB would like to congratulate Bill for his life achievements and for being the well-deserved awardee of the 2017 Waddington Medal. The Waddington Medal lecture is available on the BSDB YouTube channel and website, and an interview with Bill was published in Development.