Maize has a rich history as a model organism for genetics; Rollins Emerson began describing mutants in the 1930’s. Large chromosomes, amenable to cytology, aided Barbara McClintock in her critical discovery of transposable elements for which she earned a Nobel Prize in 1983. As developmental biologists, we treasure maize for its large and varied meristems, which are totipotent, like animal stem cells. These are excellent for microscopy, particularly RNA and protein in situ hybridization. Now, GFP-tagged fusion protein lines are also available (http://maize.jcvi.org/cellgenomics/index.php).

Maize is a domesticated form of Teosinte and comparison to its ancestor has revealed loci important for grass domestication (see Doebley and Stec, 1993 and Doebley et al., 1997). Grasses include most staple starches, not only corn but wheat, rice, sorghum, millet, sugarcane and others. So, there are practical benefits to studying maize as well.

Field season sets apart the daily life of a maize developmental geneticist from that of colleagues working with laboratory organisms. Controlled pollinations are technically simple, requiring only bags, staples and markers, and yet are undeniably physical. We use waxed bags to protect the ear shoots from rogue, windborne pollen. A few days later, the tassel, which bears staminate flowers and pollen, emerges. Not many geneticists are dwarfed by their subjects and need to wrangle 40cm of male inflorescence into a brown paper bag. This is particularly true for those of us who are below average height. 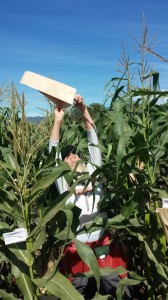 Of course, laboratory life does not end as soon as the kernel hits the soil. Summers are rife with mad-dash    genotyping and tissue collection and the normal responsibilities of correspondence, teaching and writing. This is   why the real joy is tending the winter nursery. Frequently, particularly off-season, we fly thousands of miles to attend our winter nurseries. East Coast-based maize geneticists typically send winter plantings to Puerto Rico whereas those of us on the West Coast winter in Mexico or Hawaii. Yes, these trips are romantic — in the travel sense — where you feel a connectedness with researchers that came before. These trips are coordinated reunions of former and current colleagues such that fond memories of potluck BBQs, scorpion sightings, torrential rains and of near-death driving experiences are commonly recalled and newly generated. I regularly picture McClintock and Emerson (referred to by Rhoades as “the spiritual father of maize genetics”) in their make-shift pollinating aprons and knickers and feel proud to carry on illuminating the wonders of maize. 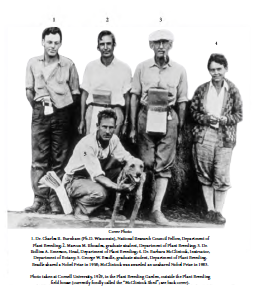 Reprinted with permission of W. B.Provine, the Department of Plant Breeding and Genetics, and the publisher, from Kass, Lee B. (Ed.). 2013. Perspectives on Nobel Laureate Barbara McClintock’s publications (1926-1984): A Companion Volume. The Internet-First University Press. URI:http://hdl.handle.net/1813/34897

In preparation for winter nurseries, lab members from all over the country package seeds for individual experiments and these are carefully organized. Shipping is timed with colleagues. Field management companies receive our seeds (after phytosanitary inspection) and carefully plant them for us. Multiple, staggered plantings are prepared so that inbred (homozygous control) lines (think ecotype if you work with Arabidopsis) are shedding pollen for the largest window of time; these we often share – knowing a colleague will happily return it to us.

A few lucky researchers will perform the controlled pollinations for their co-workers. I have been fortunate enough to be a staff research associate in the developmental genetics lab of Dr. Sarah Hake at the Plant Gene Expression Center – a collaborative institute of the USDA Agricultural Research Service and the UC Berkeley Department of Plant and Microbial Biology – for fifteen years. I have pollinated on Molokai eight times and in Mexico four. Pollinating schedules are coordinated so that we break up the work, each going for 1-2 weeks in overlapping windows. We frequently mop up the last few crosses for our friends or help each other while the field is peaking and most plants are sexually mature. Sometimes, there are not enough hours in the day so we must help each other – pollinating by headlamp is not recommended! 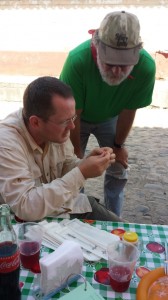 Most of us are mutant-lovers; perhaps including the reader? Nothing is better than traipsing about in a jungle of new and old “friends” as we frequently call them. People have studied maize for about a hundred years, so we even call some of our best friends “classic mutants.” These include such beauties as knotted1 (kn1), with its telling gain-of-function phenotype of protuberances of proximal tissue fates into distal organs and a satisfyingly opposite loss-of-function phenotype of small, early-terminating inflorescences. Knotted is required for meristem maintenance and causes ectopic growth when ectopically expressed (e.g. in leaves). Or, depending on background, loss of function mutants may be shootless, not unlike mutants of its related Arabidopsis gene, shootmeristemless. Kn1 was the first homeobox gene cloned in plants. To me, there is no clearer example of shared descent. If animal homeobox genes regulate proximal/distal patterning in limbs and plant homeobox genes regulate proximal/distal patterning in leaves, then we have all originated from the same lovely stew. 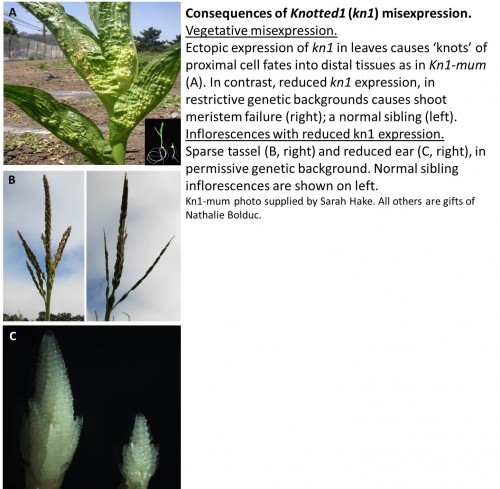 A real pleasure is to tour a field of families from a mutagenesis experiment. Ideally, this is done by the side of an expert. Perhaps, Gerry Neuffer will show you his favorite half-plant chimera, visible only as an M1 (+/-) plant because it would not survive without the healthy half of the plant coaxing it along. 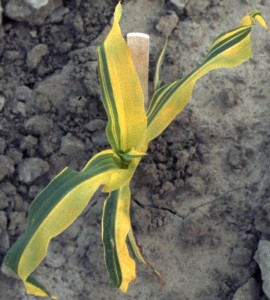 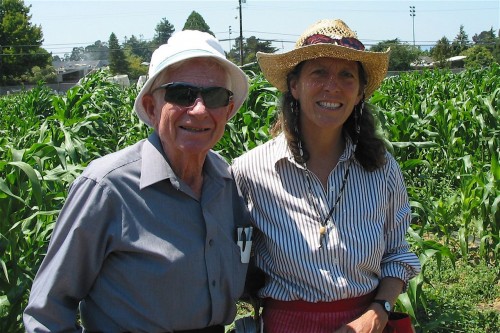 He would even tell you that the frequency of certain mutants occurring in EMS populations is different than those arising from transposon populations such as Mutator or Ac/Ds. This would open the fascinating topic of his hypotheses regarding the mechanisms behind these long-term observations (for review see his chapter, Neuffer et al., ‘Mutagenesis – the Key to Genetic Analysis’ in the Handbook of Maize, 2009 pp 63-84), which is best had over a plate of lomo pork at the annual luau on Molokai, Hawaii.

Our pollinated ears are anxiously awaited and will land at their home research institutes in mid-March. This is also the timing of the annual Maize Genetics Conference. This year, and every other it is held in the Midwest of the US. If you are an aspiring or confirmed mutant lover, consider attending March 12-15, 2015 in St. Charles, Illinois or attending in the future. I hope to meet you there!