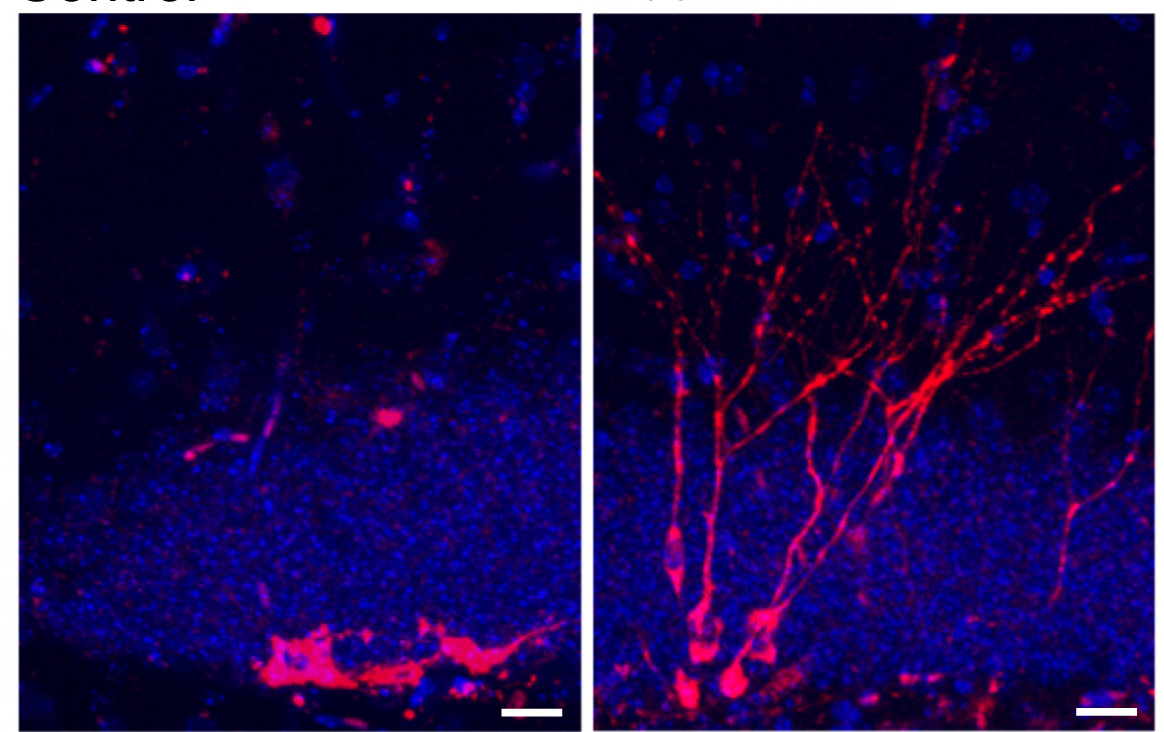 Memory impairment and age-related “brain decline” is a topic to which anyone relates to, a topic of great interest for both the scientific community and our aging population. So, imagine my curiosity and excitement when I came across this title: “Loss of dickkopf-1 restores neurogenesis in old age and counteracts cognitive decline”…luckily the paper also contained a pretty picture!

Neurogenesis is the process by which new neurons are formed from neural stem cells. Neural stem cells give rise to progenitors that proliferate before giving rise to newborn neurons. Understanding molecular mechanisms involved in this process is very important since it could help us understand how our brains age but also how things go wrong in complex neurodegenerative diseases such as Alzheimer’s disease.

In a recent study published in Cell Stem Cell, Seib and colleagues used genetic engineering in order to induce the loss of the protein dickkopf-1 (dkk1) specifically in neural progenitors in the adult mouse brain. They show that when Dkk1 is “switched off” in neural progenitors, there is an increased production of immature neurons, which then produce mature neurons with more complex morphology.

In the left panel of this picture, one can observe newborn neurons (marked by the protein doublecortin DCX in red) from a regular old mouse brain. On the right are newborn neurons from an old mouse brain in which Dkk1 has been switched-off in neural progenitors. Since they can see more dendrites (the branched connections of a neuron that conduct electrical signals) on the right panel, the authors conclude that the loss of Dkk1 leads to the production of neurons with more complex morphology.

They also show that the loss of Dkk1 in old mice is correlated with an increase in spatial memory and a better affective behavior! Even better, the spatial working memory and the memory consolidation is back to similar levels as young animals!

Unfortunately, switching off Dkk1 to “restore neurogenesis and counteract cognitive decline” is far from being applicable to humans. However, studies like these build our understanding on how our brains work…and the more we understand the better we will get at curing complex diseases.