In 2009, we asked our authors and readers for feedback on how the journal was doing and for suggestions of new ways we could serve and support the community. Many responses concerned our rather limited online presence. Our website, for instance, was deemed outdated, and so in January 2010 we relaunched it with a new design and improved navigation. But there were also calls to think about doing something different: could we create an online space for the global developmental biology community to interact, exchange ideas, advertise positions and events, and so on? Nothing like it existed at the time, and the idea seemed timely. As a community journal, Development was also well-placed to host such a site, and so we decided to go ahead with the project, with new Editor in Chief Olivier Pourquié at the helm. Funding from our publisher, The Company of Biologists, allowed us to develop and market the site, and to hire a dedicated website Community Manager, Eva Amsen, to run it. And so, in June 2010, the Node (thenode.biologists.com) went live. Named both after a connection point in a network and an eminent embryonic organiser, the Node would be a ‘community-based, one-stop shop for developmental biologists’ (Amsen et al., 2010).

In the decade since launch, although the Node has undergone a couple of redesigns and added some new features, the format and functionality has stayed the same: a blog (with newest posts appearing at the top of the homepage), a jobs board and an events calendar. It’s perhaps still under-appreciated that anyone can contribute to the Node: all you have to do is register for an account and start posting. Any moderation by the Community Manager is ‘post-publication’, although of course we’re happy to provide feedback on drafts. Readers can also comment on and rate posts. The Node is intended to be your site – a place where anyone in the community can post on any topic of relevance.

Blog posts (of which there have been 2488 so far) have covered everything from meeting reports to research highlights, image competitions to topical discussions, career stories to society calls. They have been written by authors from across the world, from undergraduates to professors, singly or in groups. Posts can be as simple as a call for information, or as extensive as a five and a half thousand word historical portrait (by Máté Varga, thenode.biologists.com/doctor-delayed-publications-remarkable-life-george-streisinger/careers). We have also run regular series of posts: ‘Forgotten Classics’, on unjustly neglected papers in developmental biology; ‘A day in the life of an X lab’, showcasing the diversity of developmental model organisms (Xenopus inaugurated the series; onychophorans are the most recent addition); ‘The people behind the papers’, our interview series that puts faces to the names on the author list (and that, in 2018, migrated to print in Development); and an alternative careers series, on all the other things scientists can do with their PhDs. Our jobs board (1172 jobs posted so far) is consistently well-read, and we often hear from people who got their ideal job, or their ideal student or postdoc, thanks to it. Our events calendar (1654 events posted so far) provides a promotional platform for organisers of meetings big and small. Finally, in 2015 we added a dedicated resources page, which contains useful links covering advocacy and outreach, education, audiovisuals and research methods. The page was greatly improved in 2017 thanks to an intern, Sarah Morson, who worked with the British Society for Developmental Biology’s Communication Officer, Andreas Prokop.

Although Community Managers have changed – Eva was followed by Catarina Vicente in 2013, and Catarina by Aidan Maartens in 2016 – the role continues to be vital, as we have discussed previously (Vicente et al., 2017). As well as maintaining the site and commissioning new content, the Community Manager can act as a new blogger’s first reader or editor – we know it can be daunting to put writing online. Our experience of running the Node has also helped guide the design and implementation of The Company of Biologists’ two newer community sites, preLights (preprint highlighting by early career researchers, prelights.biologists.com) and FocalPlane (Journal of Cell Science’s site devoted to imaging, focalplane.biologists.com). Like the Node, these sites embody The Company of Biologists’ motto of ‘supporting biologists, inspiring biology’.

Another way the Node serves the developmental biology community is via social media: our Twitter account (twitter.com/the_Node) is fast approaching 15,000 followers and has become a hub for developmental biology in a much more dynamic and responsive way than the blog format provides. We hope the feed serves as a resource in itself – follow us and you’ll find the latest research, discussions, beautiful images and movies, historical perspectives and job offers, and the odd groan-inducing pun. 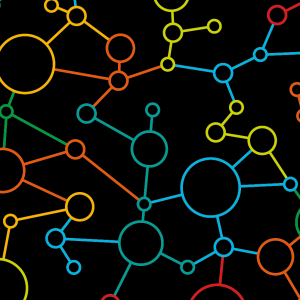 More recently, in January 2020 we launched the Node Network (thenode.biologists.com/network/), a global database of developmental and stem cell biologists. The Network aims to make it easier for you to find people for professional purposes (reviewers, panellists or speakers, for example), and importantly can also be used with diversity in mind (members can voluntarily add information about gender, ethnicity and disability status). We strongly believe in the benefits of diversity and inclusion in science (Briscoe and Brown, 2020), and hope that the Network will help diversify conferences, reviewer pools and panels. The Network currently has 717 members from 40 countries, with new PIs being the most represented career stage. Please consider using the Network if you are struggling to find the right scientist, and do consider becoming a member if you want to increase your visibility.

Ten years in, and the numbers are good. The Node has been viewed over two million times, and we now regularly receive more than 30,000 page views per month. We are helped by a continual stream of new content: a blog post, job or event is typically uploaded every day. But as well as reflecting on the journey so far, we want to use this anniversary to think about where we’re going, and how we can continue to serve and stay relevant to the community in a changing scientific and communication environment. In April we conducted a community survey (11 years after the one that spurred the Node into being), and noises were generally positive from the respondents – most of our features were considered useful, and most of our content enjoyable to read. We also asked what kind of things readers would like to see more of and were given some great ideas to work on, like more interactive content (‘ask me anything’ posts or webinars), ‘how to’ and technical posts, historical features and pieces on the scientific career ecosystem. We are currently developing these ideas and, as ever, will need authors: if you are interested in trying out scientific writing in an informal context about any of the above (or indeed anything relevant to the community), just get in touch or register for an account.

Ten years ago, the Node was an experiment, and it really was not clear whether it would still be around a decade later. Today, the Node is a vibrant hub for researchers worldwide, with an ever-increasing readership and a host of new ideas for the future. Who knows where we’ll be in 2030?