In the beginning of his famous 1969 paper on positional information, Lewis Wolpert states that “the central problem of the development of form and pattern is how genetic information can be translated in a reliable manner to give specific and complex multicellular forms and varying spatial patterns of cellular differentiation”. In considering this problem, Wolpert continues, it is important to distinguish between three different, but interdependent, aspects: molecular differentiation (i.e cell fate choice), spatial differentiation and morphogenesis. Most biologists’ first (and maybe only) encounter with Wolpert’s work will be his conceptual contributions to our understanding of spatial differentiation, i.e. “the process by which the individual cells within a population are specified to undergo a particular molecular differentiation, which results in a characteristic spatial pattern”. His solution was positional information, the idea that a cell will differentiate in a specific way by interpreting its position, most famously applied to the French Flag problem.

Wolpert did not centre his attentions exclusively on spatial control of differentiation though. In fact, just two years earlier, he published another work, in collaboration with Tryggve Gustafsson, where he focuses on morphogenesis. At 57 pages, one would assume this to be a long review on morphogenesis (and this is indeed how it is classified on PubMed). In reality, the article is somewhere between a review, a paper and a hypothesis. It is an overview of Gustafson and Wolpert’s thoughts on the mechanisms underlying morphogenesis, in the context of other work published in the field and their own careful and detailed observations of sea urchin development.

Gustafson and Wolpert explain their motivation in the introduction. By the late 60s much was already known about how information encoded in DNA is translated into proteins, as well as other biochemical processes in cells. But how do these processes ultimately determine and influence morphogenesis? Part of the problem was that both biochemistry and genetics were seen as separate fields from development. This paper attempted to bridge the gap. As the authors state “our purpose is to reduce the complex processes at the organ level to activities of the individual cells […] that may be more meaningful for the biochemist than concepts such as gastrulation, mesenchymal patterns and coelom”. To do this, they “reduce the complex morphogenic events […] into a question about the cellular forces involved.” They argue that much of early morphogenesis depends on only two cellular activities: adhesiveness and motility. They show how these determine each morphogenetic step of early development, using the sea urchin as their model. 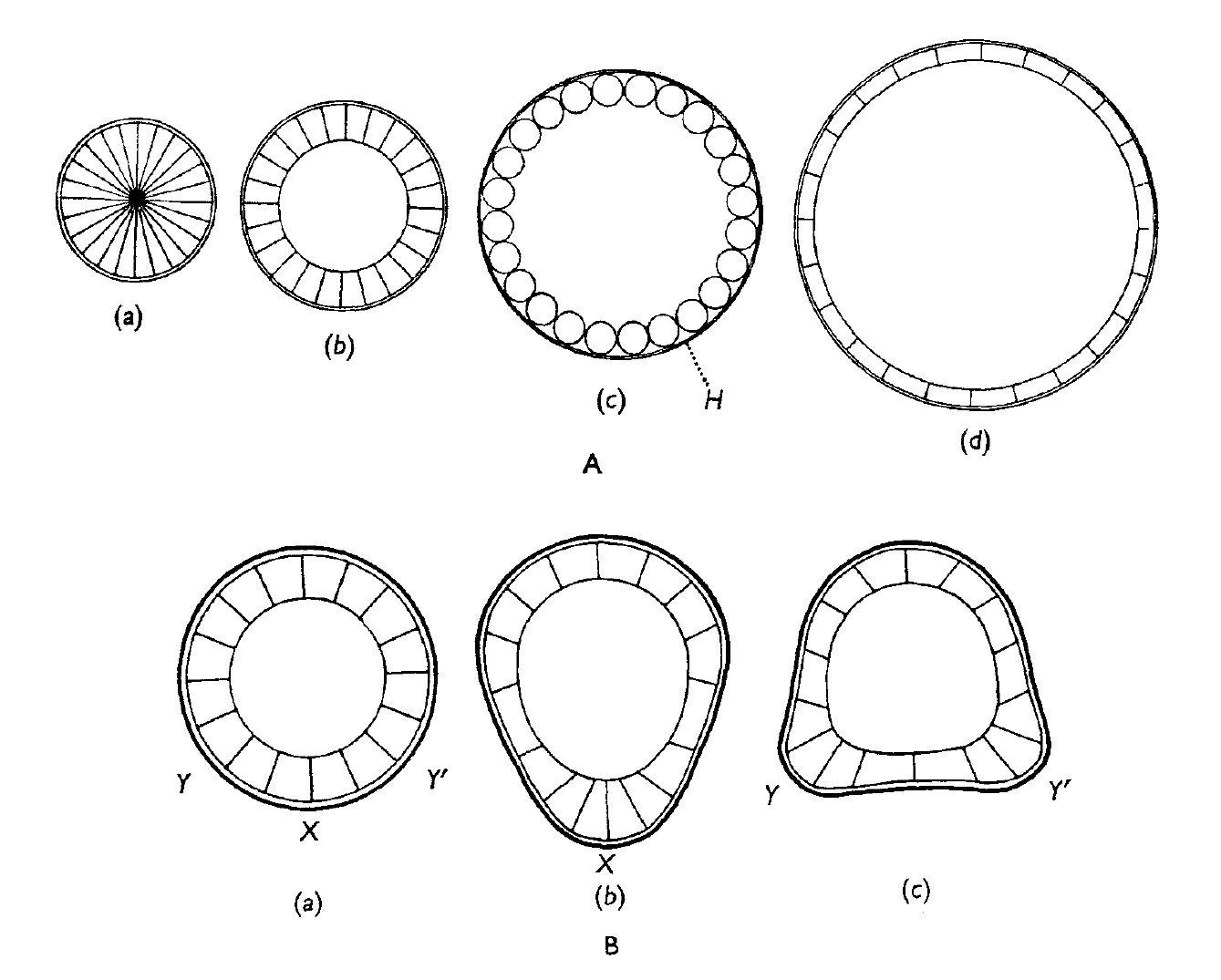 Reproduced with permission of Wiley

By today’s standards this paper might be considered ‘too descriptive’. Gustafson and Wolpert are basically just using a microscope to observe sea urchin development. But this paper shows that you don’t necessarily need fancy techniques to provide ‘mechanistic insight’. With detailed observations and clear thinking, the authors argue that most of morphogenesis, regardless of organ or developmental stage, can be explained by a few simple mechanisms. In an age when labs dedicate decades of work to a single gene in a specific tissue system, it is surprising and refreshing to read a paper that tries to identify overall principles and puts the big picture at the forefront. Of course, this paper was just the beginning and, as the authors admit themselves, further work was necessary, e.g. more direct measurements of the forces involved and additional ultrastructural information. Maybe your own research is trying to fill some of these gaps? Either way, next time you come across Wolpert’s positional information paper, spare a thought (and some reading time) for his 1967 paper on sea urchin morphogenesis. As Thomas Lecuit put it, this largely unknown paper is “a must read […] [which] lays down the foundation of tissue morphogenesis in all animals”. In fact, why not read both? “Together these two papers cover most of the important concepts in morphogenesis, including cellular behaviour, physical forces and regulatory information.”

Gustafson and Wolpert’s 1967 paper was a landmark in the field of developmental biology. The paper summarized many of the cell behaviors that these two biologists described in a series of earlier publications (published in the 1950s and 1960s), all of which were based on time-lapse, light microscopic observations of transparent sea urchin embryos. The 1967 paper had a tremendous impact when it was published because it revealed a whole new world of remarkable cell behaviors that accompany embryonic development. The paper remains highly relevant today. It highlights the power of observing the behavior of living cells in intact embryos by time-lapse imaging. In fact, many of the cell behaviors Gustafson and Wolpert described are still being deciphered at the molecular/genetic levels. The paper also described simple mechanical models of tissue morphogenesis based on a small number of cell-level properties, such as cell adhesion, cell division, and cell contractility. These models remain relevant today, but more importantly they highlight the critical importance of integrating information at multiple levels of biological organization in order to understand morphogenesis.

Wiley has kindly provided free access to this paper until  June 2016!