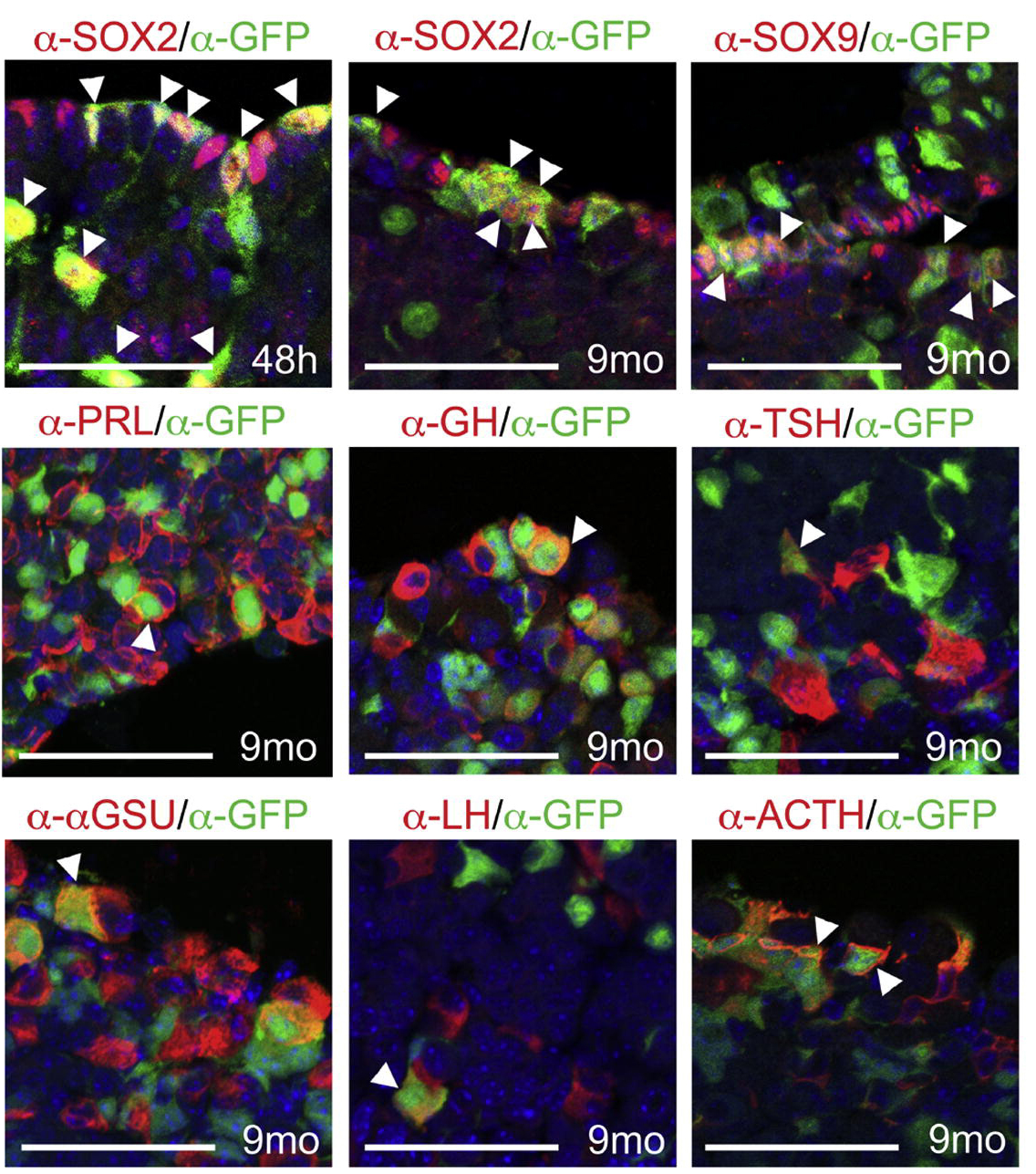 Here’s a basic but really important question… how do stem cell scientists actually identify the stem cells they are raving about? We have all heard that we have stem cells in our gut, in our skin, in our eyes or in our brain for example, but scientists are still looking for stem cells in other tissues.

To understand how scientists go about spotting stem cells in adult tissues we have to remember what a stem cell is. A stem cell is a cell that can make copies of itself, a process called self-renewal. A stem cell is also a cell that can specialize into the cell types of its own tissue, a process called differentiation. For example, blood stem cells have to self-renew to maintain their reservoir in the bone marrow, but also produce daughter cells that specialize exclusively into all the types of blood cells (red blood cells, immune cells, platelets,…). So when scientists are looking for stem cells, they basically are looking for cells that comply with these criteria.

In order to look for such cells, most “stem cell spotting” studies use an in-vivo lineage trace experimental strategy. A recent example of this was a study published in Cell Stem Cell, in which Andoniadou and colleagues have identified a pool of stem cells in the adult pituitary gland. In a nutshell, they use fancy genetic engineering method to tag cells that express the protein Sox2 with a fluorescent protein, which makes them able to visualize these Sox2 positive cells. After the initial “tag” step, the researchers wait for a few months and can then see the cells that have been produced by the original Sox2 positive cells. This works because the daughter/grandaughter/great-grandaughter cells also have the fluorescent tag, passed down through generations of dividing cells.

In the upper right picture of this panel, one can see that 48 hours after the “tagging” step, the majority of Sox2 cells (in red) are also tagged with the fluorescent protein (seen by α-GFP, in green), so that the cells appear yellow (arrowheads). The other pictures in the panel have all been taken 9 months (mo) after the initial tagging of the Sox2 positive cells. One can see that some “tagged” cells (in green) still express Sox2 (yellow cells, arrowheads), indicating self-renewal. In the other pictures, some “tagged” cells (still in green) also express proteins such as SOX9, PRL, GH, TSH, GSU, LH, and ACTH (yellow cells, arrowheads), which are proteins that are expressed in the specialized cells of the pituitary gland, indicating differentiation. So from these observations, the authors conclude that, during the 9 months after tagging, some of the original Sox2 positive cell population has self-renewed (because some progeny still express Sox2) and differentiated into the specialized cell types of the pituitary gland (because some progeny express a battery of differentiation markers). This tells us that the original cell population is a stem cell population!

Though this lineage tracing strategies are fairly complicated and time consuming, this is how many scientists spot stem cells in our bodies!

One thought on “How to spot a stem cell…”