In the Node’s recent image competition, we asked for images related to developmental biology and some sort of intersection – playing on the double meaning of the word “node” in the site’s name. We received as many different interpretations of this theme as submissions, which gave the judges a difficult task. But by looking both at the image itself and the idea behind it, they were able to narrow it down to the following three images.

Now it’s up to you to select your favourite image of the three nominees and determine who will win a TipArt commission. You have until April 4 (noon UK time) to cast your vote.

Click any of the images to see them full size. The descriptions are below each image, and the poll is at the bottom of the post. 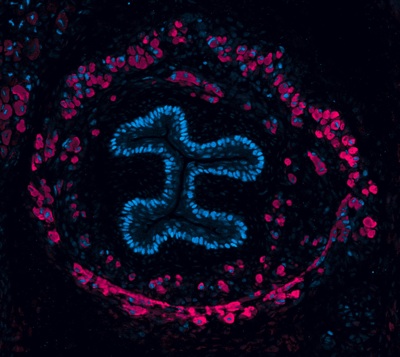 “This is a co-localization of slow myosin heavy chain (in magenta) with Sox6 (in blue) on a gut section of a E17.5 mouse embryo. The embryo itself spells “intersection”, at least it begins to do so…” 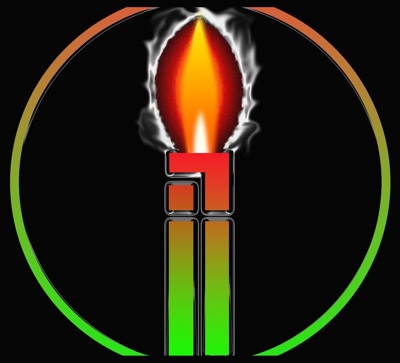 “Scientific background of the image: Head process stage of chick/mammalian embryo.
Artistic background of the image: The asymmetric node is the point of interaction (between various personalities: gender/seniority/fame disparities, etc); The two sides of the streak are the bodies of interacting personas; The head process (the flame) is the idea/publication coming out of the interaction (made blurry for a purpose); The black background is the ignorance we all try to overcome (connected to the cross figure between the interaction partners, one can read religion into it); The unfinished circle is the quest for fullness/the big answer (one may be standing on it without realizing it).” 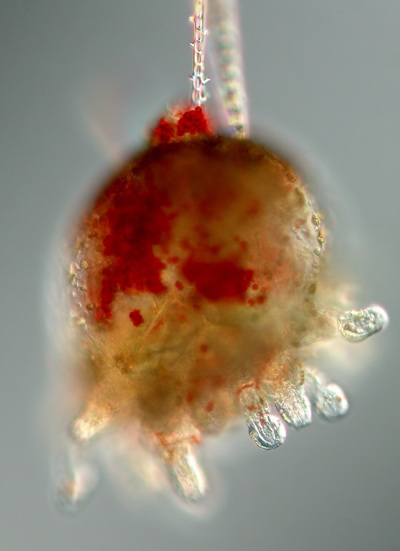 “Metamorphosis is a drastic (and common) event in animal life histories intersecting larval and adult stages. The photo shows a sea biscuit during metamorphosis. The apparently amorphous mass of cells exposes the duality of this transformation moment. The larval body retracted and lost its form, but larval skeleton spicules are still attached (at the top). At the bottom developing podia and spines already move and interact with the substrate as the sea biscuit learns how to walk its first steps.”

One thought on “Image competition finalists”