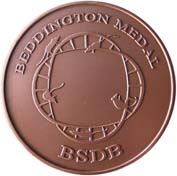 Each year, the British Society for Developmental Biology awards the Beddington Medal for the best PhD thesis in developmental biology. At the 2011 BSDB meeting, this award went to Carlos Carmona-Fontaine, who completed his PhD in Roberto Mayor’s lab at UCL. Now a postdoc at Sloan-Kettering Institute in New York, Carlos returned to the UK to present his thesis work at the BSDB meeting. He gave a brilliant talk that included comparisons between insect migration and neural crest cell movement, as well as an auditory interpretation of the effect of chemo-attractants on harmonic collective cellular movement. Everyone in the audience (including Carlos’ parents!) enjoyed the talk immensely. I caught up with Carlos at the end of the conference to talk a bit more about locusts, music, and the trick to a successful PhD thesis.

Congratulations on the Beddington Medal. What was your thesis about?

Thank you. My thesis was about neural crest migration. Neural crest cells are a cell population in the embryo that can differentiate into different kinds of cells. But before differentiating, they have to migrate, and the way they do that is as a group of cells. This is called collective migration. What was interesting to me was that neural crest cells seem to be able to self-organise in order to get this coherent, co-ordinated movement, so I studied which kinds of cell-cell interaction allow for these coherent group movements.

Your Beddington talk yesterday covered a lot of ground. You were even talking about locust migration. What do locusts have to do with cells?

I had found a paper in Current Biology, by the group of Iain Couzin, about locust collective movement. I noticed that the kind of interactions they described were so similar to the interactions I was finding in neural crest cells, that I thought similar rules may apply, and we started collaborating.
Obviously locusts are very different to cells, but in mathematical terms the interactions between locusts or between migrating cells are very, very similar. If you look at attraction and repulsion, for example, “attraction” in insects could be a visual cue, whereas in cells it could be a chemo-attractant, but at the end of the day, mathematically speaking, they are the same thing: simple interactions that allow collective movement.

Besides locusts and cells, you also included some music in your talk. Can you explain what that was about?

One of the striking things of collective movement is not only that the cells remain together, but that they move in a coordinated way. I considered this to be harmonic movements, and was thinking of a way to represent that.
Then I heard a concert by Steve Reich. He’s a 21st century composer – one of my favourites. He has this piece called “Drumming”, which is only percussion. There’s a specific moment with a lot of xylophones and some drums, and they all seem to coordinate in this very random pattern. I was just amazed by this piece.
This gave me the idea of representing cell coordination in a similar way. It ended up as something a lot less musically pleasing than what Steve Reich does, but the idea came from there.

What are you doing now? Are you still working on neural crest cells?

No. I started a postdoc in New York about a month ago, and there I will eventually work on computer models of tumour growth. But the project is not entirely defined yet, and the idea is to explore a little bit at this point.

Do you have any advice for new PhD students?

Don’t stress, have fun – and pay attention to mathematical, and more quantitative means of biology. Even if you’re not an expert in mathematics, you can still try to get some inspiration from more physical and mathematical points of view. And have fun.