Here is the background story for a recent paper from my lab in eLife, “An Essential Role for Maternal Control of Nodal Signaling”. 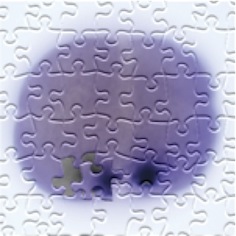 Maternal RNA encoding the Nodal-related morphogen, Squint (Sqt), localizes to 2 cells in early zebrafish embryos and predicts future dorsal.  In addition, dorsal localization of sqt RNA requires sequences in its 3’ untranslated region (Gore et al., 2005).  To determine the molecular mechanisms by which sqt RNA localizes to future embryonic dorsal cells, Patrick Gilligan, a post-doctoral fellow in my laboratory first examined the 3’UTR for similarity to known RNA localization elements (such as those identified in Drosophila oskar and gurken, or Xenopus vg1).  When it became clear that there was no identifiable similarity to known elements, he decided to take a phylogenetic foot-printing approach.  Singapore has a thriving ornamental fish industry and the next thing we knew, Patrick had brought 40 different cyprinid fish species, to be processed for PCRs. Alignment of the cyprinid nodal related-1 UTR sequences identified several blocks of sequence similarity, which he then used as the starting point for mutational analysis, and via localization assays in embryos, he narrowed down the squint ‘dorsal localization element’ (sqt DLE)  (Gilligan et al., 2011).  This element was the basis for the biochemical purifications he then performed (and described in Kumari et al., 2013).

Patrick, a native of New Zealand, had worked towards his Masters degree in a laboratory focusing on purification and characterization of transcription factors from livestock udders. He was sceptical that zebrafish ovaries or embryos would yield sufficient material for identification and purification of the sqt RNA-binding factor(s).  So the initial tests of binding to the sqt DLE were performed with ovary extracts from carp, which he could obtain in copious amounts from a neighbourhood live food market.  Once Patrick had the RNA-binding and other conditions worked out with extracts from carp, he then tried to identify and purify the sqt DLE-binding activity from zebrafish ovaries and embryos.  In the end, he needed only 5 ml of zebrafish embryo lysate (i.e., 5000 embryos) to purify Y-box binding protein 1 (Ybx1) as the sqt DLE-binding protein!  Viva zebrafish!

Tests of binding specificity and domain analysis followed.  But to definitively determine the functions of Ybx1 in sqt RNA localization, we needed a maternal mutant where Ybx1 function was affected.  Thanks to Michael Brand, we could screen through the EU ZF-Models ENU mutant collection (generated by the Max Planck Institute of Molecular Cell Biology and Genetics-Dresden, the Sanger centre and Hubrecht Institute), and Sylke Winkler identified the ybx1sa42 allele by TILLING.  We got the line from the Sanger centre, and Patrick waited eagerly for many months.  However, in initial tests, no phenotype was observed in homozygous ybx1 mutants, or in their progeny. This was disappointing.  But the lesion in ybx1sa42 was a mis-sense mutation, so we decided to make another ybx1 mutant (yes, this locus too), and the ybxsg8 zinc finger nuclease allele was generated.  With Patrick moving on to greener pastures (his own Biotech company), Pooja Kumari, a graduate student, then carried out analysis of ybx1 mutants.  In vitro binding assays with the sqt DLE had shown that the V83F mutation in the cold shock domain (in ybx1sa42) affected sqt RNA binding.  So Pooja tried cold shock treatment of homozygotes.  This led to identification and characterization of the ybx1 temperature-sensitive maternal mutant phenotypes described in Kumari et al. (2013).

Ybx1 has been identified in many different contexts and functions, so the relevance of the gastrulation arrest phenotype to sqt was not immediately obvious, and confounded further by the difficulties in detecting endogenous sqt RNA asymmetry robustly by in situ hybridization.  Pooja’s analysis then showed a defect in sqt RNA localization and processing, precocious synthesis of Sqt protein, deregulated Nodal signalling (but not other signalling pathways), and expanded extra-embryonic yolk syncytial layer phenotypes in the maternal mutant embryos, and their rescue upon suppression of Nodal signalling.  Together, these experiments allowed us to establish that the early defects in the Mybx1sa42 mutant embryos are due to mis-regulation of sqt/Nodal signaling in the absence of maternal Ybx1 function.  So Ybx1 binds to the sqt DLE and ensures that maternal Sqt/Nodal signaling is switched off in the early embryo.

Pooja’s observation that the sqt DLE also acts as a translational control element resolves another piece of the squint puzzle (see https://thenode.biologists.com/piecing-together-the-squint-puzzle). We had shown some years ago that mammalian Nodal UTRs localize exogenous reporters to embryonic dorsal in zebrafish (Gore et al., 2005), which did not make sense, given that Nodal RNA is not asymmetric in very early mammalian embryos.  Besides, mammalian embryos are thought to be regulative.  We now think the sequences of the Nodal UTRs that confer dorsal localization actually comprise a translational repression module, and in anamniotes, this module may have also been co-opted for dorsal localization.

Finally, Mybx1;sqt double mutant embryos are remarkably similar to known compound mutants in the Nodal pathway.  Given that other regulatory circuits that control Nodal gene expression, such as the left asymmetric enhancer, regulation by Smads/FoxH1, and regulation by miR-430, have been found for many components of the Nodal signalling pathway (Lefty, Nodals, Smads), it seems plausible that maternal Ybx1 may bind and regulate other components in the Nodal pathway as well.