Patrick Müller and Christiane Nüsslein-Volhard reflect on the life and career of their colleague Hans Meinhardt. 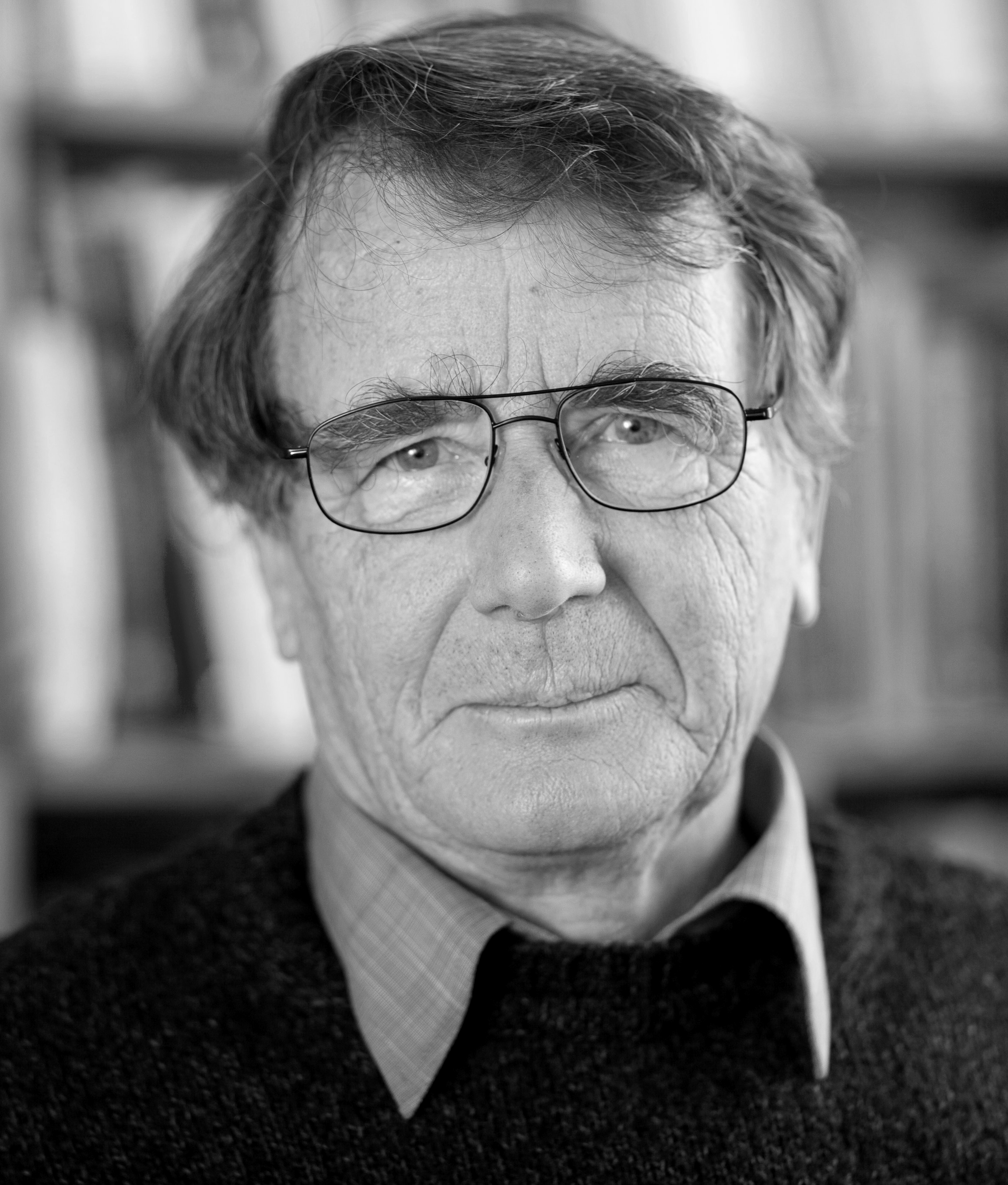 Hans Meinhardt, a pioneer in the field of theoretical biology, died on 11 February 2016 in Tübingen. He made numerous important contributions to developmental biology by spearheading the use of mathematical models to investigate the logic of patterning in complex biological systems. His work expanded our understanding of the mechanisms behind diverse biological processes, from the generation of patterns on sea shells to the evolution of the brain.

Meinhardt grew up in the German Democratic Republic. His family fled to West Germany before the Wall was built. He studied physics at the University of Cologne and received his PhD in 1966. As a postdoc at the European High Energy Laboratory (CERN) in Geneva he gained expertise in computer-based modeling, but over time became more interested in biological processes and decided to move into the emerging field of molecular biology.

In 1969, Meinhardt joined the group of Alfred Gierer at the Max Planck Institute for Virus Research in Tübingen, Germany (which has since become the Max Planck Institute for Developmental Biology). Gierer, a physicist by training, and famous for the demonstration that RNA, not only DNA, could be the genetic material (Gierer and Schramm, 1956), was looking for new challenges in developmental biology. He had started a research group to study the miraculous regenerative capabilities of Hydra, which can self-organize perfect animals even after complete dissociation. Meinhardt’s initial project in Gierer’s department was purely experimental, isolating chromosomal proteins from cow blood cells. Meinhardt was convinced that this could be accomplished without using an ice bucket, arguing as a theoretician that the proteins should be stable at room temperature because they are also stable in living warm-blooded cows. However, discouraged by many wet lab failures, he looked for theoretical rather than experimental challenges.

Stimulated after a seminar by Günter Gerisch (a group leader at the newly founded Friedrich Miescher Laboratory) on oscillations and chemotaxis in the slime mold Dictyostelium, Meinhardt considered applying his expertise in computer modeling to simulate the aggregation of Dictyostelium. Gierer was intrigued by the thought of applying computational methods to developmental biology problems, but suggested that Meinhardt instead use this approach to develop a theory explaining the surprising regenerative capabilities of Hydra. This idea was inspired by two major influences. First, Magoroh Maruyama had demonstrated the importance of positive feedback – selfenhancement – that could dramatically amplify small deviations from initial conditions in diverse processes, from morphogenesis to economy (Maruyama, 1963). Second, neurophysiological work in the neighboring Max Planck Institute for Biological Cybernetics showed that contrast enhancement in the visual system is achieved by a local activation from a stimulus together with an inhibitory effect on surrounding areas of the retina, a mechanism termed lateral inhibition (Kirschfeld and Reichardt, 1964). The synthesis of these two concepts of local self-enhancement and lateral inhibition led Meinhardt and Gierer to formulate a theory explaining the emergence of polarity and pattern from near-uniform states.

Meinhardt and Gierer hypothesized that patterning could be mediated by a short-range activator with strong self-enhancing capabilities, coupled to an inhibitor of longer range that suppressed the expansion of the activator in the surrounding areas. Meinhardt then performed computer simulations to test whether their hypothesis could explain experimental observations. In the 1970s, no biological institute had a computer, so the numerical simulations had to be done using punch cards on a Hollerith machine at the computer center in the University of Tübingen. Much of the theory was based on Meinhardt’s remarkable intuition, which made the tedious computations feasible. Their famous theory of biological pattern formation was published in Kybernetik (Gierer and Meinhardt, 1972), followed by a paper on applications in the Journal of Cell Science (Meinhardt and Gierer, 1974). Although the theory was driven by the experimental work on Hydra, it also provided an important general recipe for self-organization. Strikingly, even in the absence of specific molecular data these models correctly predicted the behavior of several biological systems (Meinhardt, 1982; Meinhardt and Gierer, 2000).

Meinhardt and Gierer’s work is often regarded as equivalent to the earlier work of Alan Turing (Turing, 1952). However, they were not aware of Turing’s paper at the time of submission (Meinhardt, 2006a, 2008; Roth, 2011), and in fact the Meinhardt–Gierer model provided three important advances that were missing in Turing’s work. First, the fundamental concept of local self-enhancement and long-range inhibition, although inherent in Turing’s equations (Gierer, 1981), was not explicitly described in Turing’s paper. Strikingly, Meinhardt and Gierer had also intuitively found the only two possible realizations of self-organizing systems with two components: the activator/inhibitor system and the substratedepletion model (Murray, 2003). Second, Meinhardt and Gierer incorporated realistic pre-patterns that are often found in developing systems – the ‘source density’ – which provides the competence for autocatalysis. Turing’s model instead focused purely on selforganizing mechanisms in a homogenous field of cells. Third, using realistic Michaelis–Menten-based kinetics combined with the source density, the Meinhardt–Gierer models achieved robust and highly reproducible patterns that also scale with tissue size. This was possible because Meinhardt and Gierer introduced saturation kinetics and non-linear terms for the autocatalysis as opposed to Turing, whose models with linear kinetics have a fixed length scale (Roth, 2011). The molecular implementation of the Meinhardt– Gierer models was not strictly specified. Diffusion and degradation of molecules was the simplest way to implement short-range activation and long-range inhibition in the models, but Gierer and Meinhardt also considered other transport and inhibition mechanisms (Gierer, 1981).

In the mid-1980s, Meinhardt proposed models for Drosophila segmentation based on the discovery of mutations affecting segmentation in very specific ways (Nüsslein-Volhard and Wieschaus, 1980). He proposed, using simple logic, that periodic structures such as segments require at least three states to form unambiguous segment borders, not two states as had been previously assumed (Meinhardt, 1984, 1985, 1986). The molecular basis of the genes involved was not yet clear at the time, but the basic idea was to make stripes by assuming cooperation between neighboring cells with mutually exclusive states. Meinhardt’s attempts at modeling embryonic axis formation in Drosophila by self-organizing gradients failed, however, because Drosophila embryogenesis is strongly influenced by pre-patterns of localized maternal determinants and a transmission of this information by complex gene cascades (Akam, 1989; St. Johnston and Nüsslein-Volhard, 1992).

In the 1980s, Meinhardt had key insights into insect and vertebrate appendage development and regeneration (Meinhardt, 1980, 1983a,b). At the time, appendage patterning was explained by the ‘polar coordinate’ model (French et al., 1976). This theory proposed abstract circumferential positional values and complicated rules to explain regeneration experiments, but it was hard to envision how this could be implemented on a molecular level. Meinhardt instead postulated a much simpler and more elegant model, in which the intersection of three compartments could serve as an organizing center for the production of new peaks and subsequent appendage patterning. The theory was initially highly controversial; indeed, three journals rejected his manuscript describing this key insight before it was published in Developmental Biology (Meinhardt, 1983b). However, strong experimental support for this model was subsequently found (Vincent and Lawrence, 1994).

Together with his student, Martin Klingler, Meinhardt developed another breakthrough theory on the patterning of sea shells (Meinhardt, 1984; Meinhardt and Klingler, 1987). The inspiration came when he ordered spaghetti frutti di mare in an Italian restaurant in 1980 and realized that the patterns on the shells on his plate could arise from a self-organizing system. One day, he came into the lab with an excerpt of Doktor Faustus by Thomas Mann. He cited one of the protagonists lamenting on how difficult, if not impossible, it was to ever understand the complicated patterns on cone snails. But Meinhardt had found a general mechanism of how it might work. He published his findings in his classic book The Algorithmic Beauty of Sea Shells, which also supplies the source code that enables readers to reproduce and extend computer simulations of these and other biological patterns (Meinhardt, 1995).

Meinhardt worked on numerous other processes, from bacterial patterning to chemo- and phyllotaxis (Meinhardt et al., 1998, 1999; Meinhardt and de Boer, 2001). He also had a keen interest in comparative aspects of patterning systems, was driven to understand how different organisms solved similar tasks differently throughout evolution, and proposed that an ancestral body pattern evolved into the brain and heart of higher organisms (Meinhardt, 2002).

After his retirement in 2003, Meinhardt continued to work enthusiastically on his projects, publishing more than 20 papers. Unusually for modern times, he published most of his papers as the sole author. His most fruitful collaboration was with Alfred Gierer, with whom he also shared a life-long friendship. Meinhardt’s last publication dealt with the Spemann organizer, developing a unified theory of bone morphogenetic protein signaling and dorsoventral patterning and its relationship with anterior-posterior patterning in different organisms (Meinhardt, 2006b, 2015), but his latest work on planarian regeneration remains unfinished.

Meinhardt was known for riding his bicycle up the large hill to the Max Planck Institute every day, even after he retired. He was an ardent traveler and loved the desert, but was similarly fascinated by the local nature around him, discovering new facets in the old and gaining inspiration for his scientific questions. Much of his work was based on intuition that he then tested with computer simulations. His goal was to find organizing principles, to understand the logic of patterning systems despite apparent complexity, and to develop minimal models with predictive power.

Hans Meinhardt was a happy and dedicated scientist. He spoke softly, and his steel-blue eyes were always full of contagious enthusiasm for his work. Once convinced of a certain strategy, he was stubborn and insisted on his theories, but he could also adjust his models based on new experimental findings. His contributions inspired new generations of biologists to find beauty in algorithms and apply them to the study of life. As Hans was fond of saying: “So wird’s gemacht” – that’s how it’s done.

Meinhardt, H. (2006a). From observations to paradigms; the importance of theories and models. An interview with Hans Meinhardt by Richard Gordon and Lev Beloussov. Int. J. Dev. Biol. 50, 103-111.

Meinhardt, H. (2006b). Primary body axes of vertebrates: generation of a nearCartesian coordinate system and the role of Spemann-type organizer. Dev. Dyn. 235, 2907-2919.