Regular meetings of scientists such as annual society conferences can create opportunities for scientists to engage the public without extensive effort, making connections between scientists and public audiences. Under the umbrella of a specific topic, events can be created to engage local communities with international researchers and foster forums for discussion of specific areas of research.

With this in mind, we created a space and a time for public engagement and a citizen’s approach to developmental biology in the recent Joint meeting of the Portuguese, Spanish and French Societies for Developmental Biology at Oporto, Portugal (http://devbiomeetingporto2018.pt/). 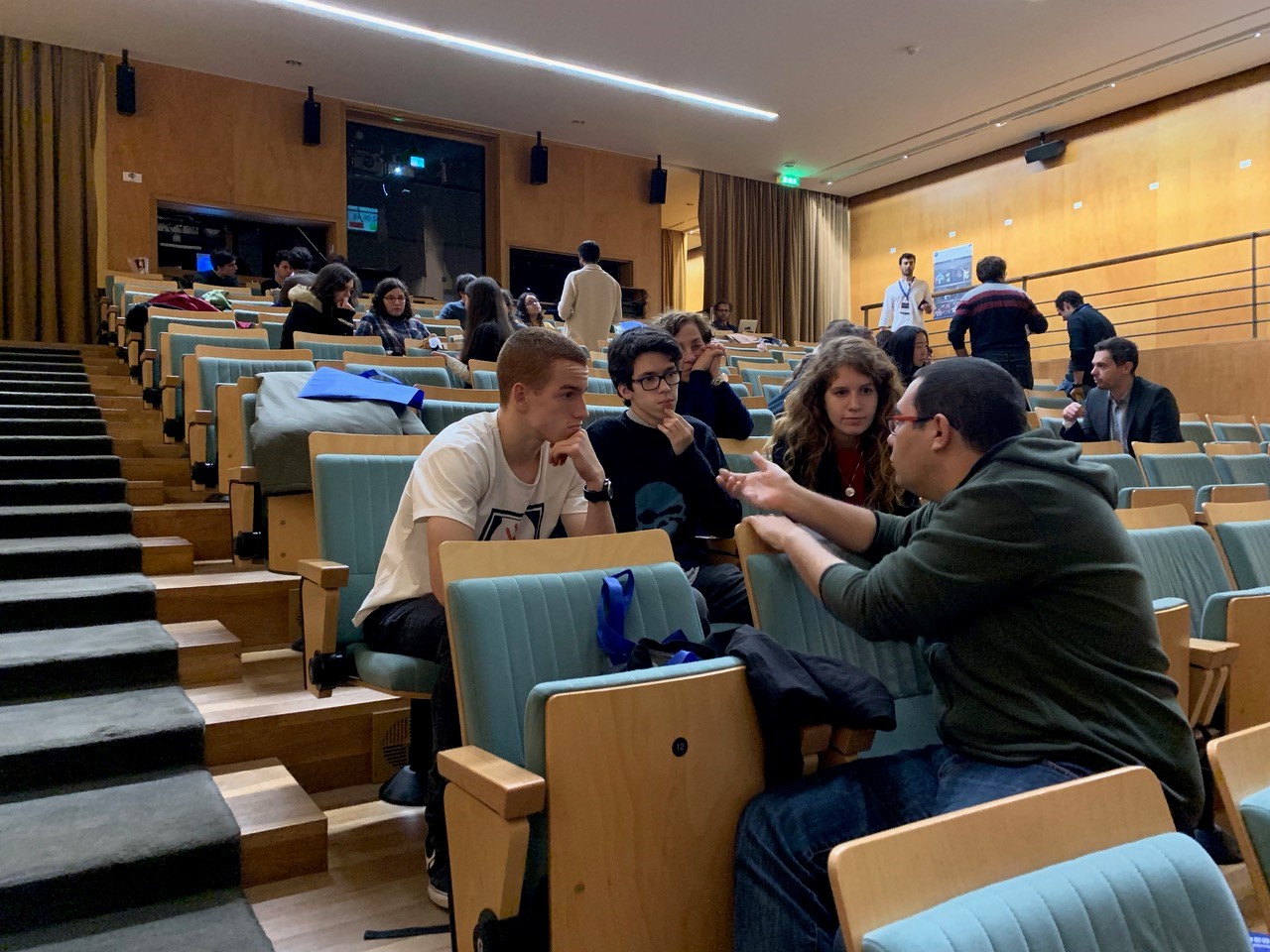 We invited local citizens through social media, the meeting webpage and local secondary school networks. And at the start of the meeting, which took please at the Almeida Garrett Library in Oporto, we organized an open science event for local Oporto high school students (mainly 16-17 year olds), their teachers and other members of the public.

It began with an informal conversation about what is developmental biology and why do we study it. This was done as a dialogue, with a backup of a few slides showing how embryos develop, some historical background and modern applications of the study of developmental biology. For this first part, we used some of the materials available at the BSDB as well as the Droso4schools and HHMI  websites.

This was followed by an organized speed-dating with scientists with the help of 12 Portuguese researchers working in national institutions as well as abroad. These volunteers were asked in advance what was the main question they were trying to answer with their research, so they could start their informal conversations from this starting point. They were also asked to bring along an object related to their research as a communication “ice-breaker”. The format of the speed dating consisted of groups of three members of the public to one scientist, with seven and a half minute slots of time available. After this time, a new scientist would take the place of the previous one and the cycle would start again. We found this informal set up allowed for fluid dialogue between scientists and the invited citizens. In addition, the speed-dating format allowed for each person to have the opportunity to speak with 5 or 6 different researchers, all in about 1h. When asked for their opinion about the event, one of the teachers told us:

“As far as the activity with the scientists is concerned, the students liked it immensely. They told me that this type of interaction is much more interesting than just a conference.”

Scientific meetings can play a key role in building bridges between scientific research and public audiences. Let’s try to create more of these opportunities in many other scientific conferences.

Participants in the event: