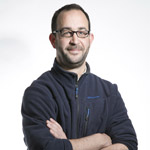 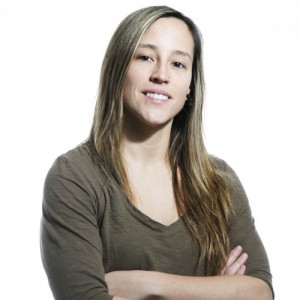 The Phd student Lara Barrio worked on the role of p53 in metabolism (Battista/Minocri, IRB Barcelona)

Scientists at IRB Barcelona have observed that, when deprived of food, flies that do not express p53 show poor management of energy store.

The study, published today in Cell Reports, further supports the involvement of this molecule—traditionally associated with tumour suppression—in metabolism.

The researchers provide new insights to study p53 function in metabolic diseases such as diabetes and obesity.

Most scientific literature devoted to the protein p53 refers to cancer biology, and the functions of this molecule as a tumour suppressor have been described in detail. Furthermore, also in cancer biology, it is known that p53 inhibits the metabolic pathways of tumour cells in order to block their metabolism and prevent their rapid growth and proliferation.

The most innovative research on p53 attempts to unveil its functions in the management of energy stores and nutrients in healthy cells. Recent studies with cell cultures have demonstrated that p53 is activated in response to nutrient depletion. This observation thus opens up a promising field of research into the role of p53 in metabolism and cell health.

This is precisely the field tackled in a study performed by scientists headed by ICREA Research Professor Marco Milán, at the Institute for Research in Biomedicine (IRB Barcelona). In this work, published today in Cell Reports, the authors show that in the fly Drosophila melanogaster p53 is activated in certain cells to adapt the metabolic response to nutrient deprivation, thus having a global effect on the organism. 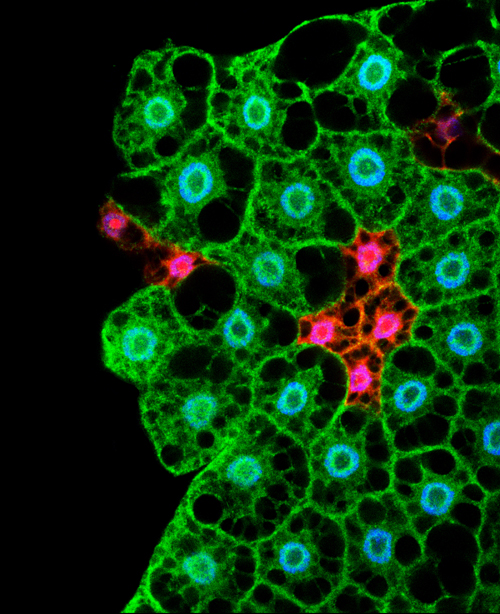 Microscopy image showing cells of the fat body. In Drosophila the storage and management of energy is regulated by cells from this tissue (Lara Barrio, IRB Barcelona)

Drosophila as a model to study diabetes and obesity

In humans, nutrient management is organised by a coordinated system involving cells from adipose tissue and from organs such as the pancreas and liver. When we eat, a complex system is triggered in which the hormones insulin and glucagon are responsible for distributing nutrients among tissues and storing them for later use. In Drosophila the storage and management of energy is regulated by cells from a tissue known as the fat body.

“Through this study we demonstrate that Drosophila is useful to study the adaptive response of an organism to the presence or absence of food and to examine the systemic response. In addition, this model contributes to revealing the molecular mechanisms activated and that work in the same way in vertebrates,” explains Milán, head of the Development and Growth Control Lab at IRB. “In fact, we can now generate diabetic and obese flies to study these metabolic diseases at the molecular level.”

The scientists studied the function of p53 in fasting flies in order to unveil the metabolic response of the organism. When no food is available, p53 is activated exclusively in cells of the fat body. The activity of this protein induces a change in the metabolism of these cells in such a way that they stop using glucose and make new nutrients to fuel the surrounding tissues.

“p53 acts as a sensor of the fat body of the fly. It makes cells “tighten their belts” in order to use energy stores prudently and makes them act unselfishly in order to ensure a supply to other cells,” describes Lara Barrio, first author of the article and a PhD student in Marco Milán’s lab. The key role of p53 in metabolism is reflected by the fact that flies in which p53 is inhibited die more quickly.

The team believes that this work with Drosophila will pave the way to more in-depth research into the biology and functions of p53 in metabolism and associated diseases. “It would be particularly interesting,” say the scientists, “to address vertebrates and analyse the participation of p53 in diabetes and obesity and the cardiovascular conditions associated with these metabolic disorders.” 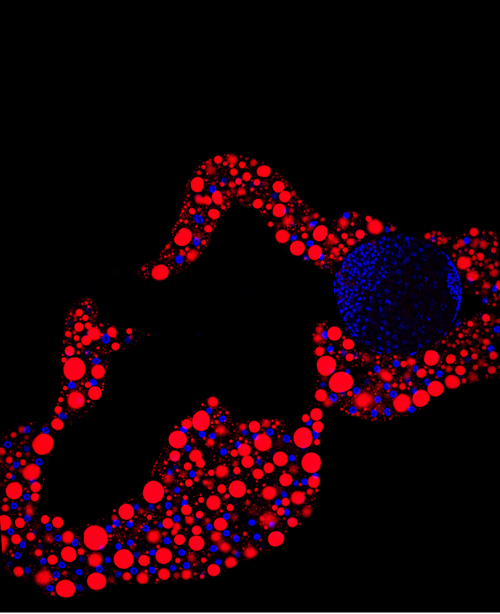