Each year, the British and US societies for Developmental Biology have their annual meeting, the BSDB‘s usually in April, the SDB‘s usually in July. The winner of the student poster prize in each of the meetings gets the chance to go to the other society’s meeting the following year. Beginning in 2012, the Node began getting the winners together for an interview chain, and the tradition is continued here with the SDB’s 2016 poster winner Yusuff Abdu (from Jeremy Nance’s lab, NYU; Yusuff was interviewed last year in Boston by Mathew Tata) interviewing the BSDB’s 2017 winner Claire Bromley (Jon Clarke’s lab, Kings College London). 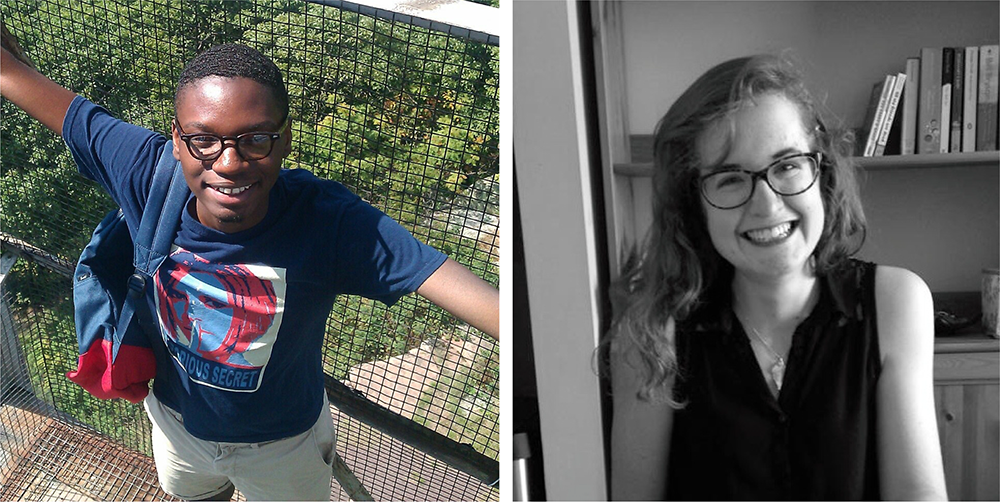 What’s your favorite model embryo other than zebrafish and why?

I would have to say Drosophila. Their genetic tractability and possibilities for live imaging during embryogenesis make them an excellent system to understand many things, including early development – a topic that I am fascinated by.


Tell us more about the work in your lab.

In Jon’s lab we are working to understand the processes that make and shape a neuroepithelium and make and shape neurons. We use the zebrafish neural tube as our model. I’m working on how you shape the neuroepithelium. There are many complex cell rearrangements that occur. For example, cells from each side of the neural primordium initially interdigitate before rearranging to meet at a distinct, straight left-right interface. I’m currently investigating the role of biomechanical forces during this process. We hypothesise that there is a ‘tug-of-war’ between these two columns of neighbouring cells that acts to position the cell interfaces at the tissue midline. By cutting the ‘rope’ between cells we can measure how far they ‘fall back’. This gives us an idea of how hard they were pulling on each other, allowing us to reveal intrinsic forces. I’m now trying to use light to interfere with these forces to understand their function.

Imaging must be an important part of your project. What challenges have you faced and how did you solve this problem?

To be able to perform laser cuts in the densely packed neural rod, we had to trial a variety of techniques to find one that gave reproducible cuts coupled with rapid imaging post-cut. I found collaborating with Conny Schwayer and Carl-Philipp Heisenberg who have a UV laser on a spinning disk scope the best way to go. This also gave me several trips to Vienna! We optimised UV laser cuts and have been able to gain interesting insights into the forces present in this complex 3D structure.

What questions in brain development do you find most intriguing?

I am intrigued by the early formation of shapes and patterns during development – and not just in the brain! It’s amazing how single cells go on to form functional organisms in a highly reproducible fashion. All the research projects that I have worked on so far have focused on understanding early events during embryogenesis, whether through the lens of symmetry breaking or shape changes.

Along the same line, what do you plan to work on in the future?

I am most excited by work at the interface of biology and physics. Morphogenesis is intrinsically a mechanical process in many ways, and I feel that important discoveries in this area can be made through collaborations between biologists and physicists. As a biologist I have learnt a lot from physicists – and I hope to continue to do so in the future.