It is time for round 3 of last years’ Woods Hole embryology course images! The regenerated planarian won the last round , but who will you vote for this time? Below are 4 great images, and you can decide which one will feature in the cover of Development. To see bigger versions, just click on the image. 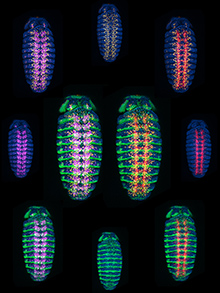 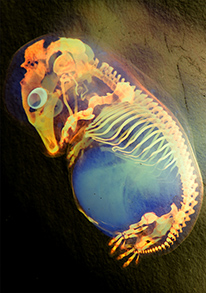 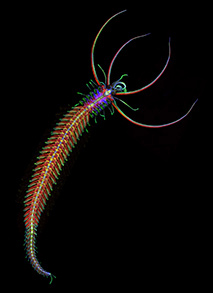 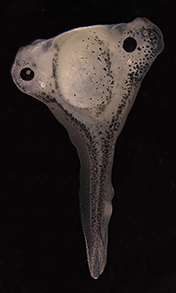 4. Generation of a secondary body axis resulting from an organizer graft in Xenopus laevis. The graft was performed at stage 10 and the tadpole was photographed at stage 41. This image was taken by Elsie Place (MRC National Institute of Medical Research).