This interview first appeared in Development.

Janet Rossant is a developmental biologist who has worked for many years on the mouse blastocyst, the derivation of stem cell lines and on investigating the mouse genome. In June 2013 she became the president of the International Society for Stem Cell Research (ISSCR). At the 2013 International Society for Developmental Biology (ISDB) meeting, Janet was awarded the Harrison Medal – a prestigious prize given only once every four years.

At this ISDB meeting you were awarded the Harrison Medal, a very prestigious prize for developmental biologists. What does it mean to you to be awarded this prize?

It was obviously a great honour. It is really nice when you are recognised by your peers and when the whole international community gives you the prize. Following in the footsteps of other great scientists is both awe inspiring and intimidating. 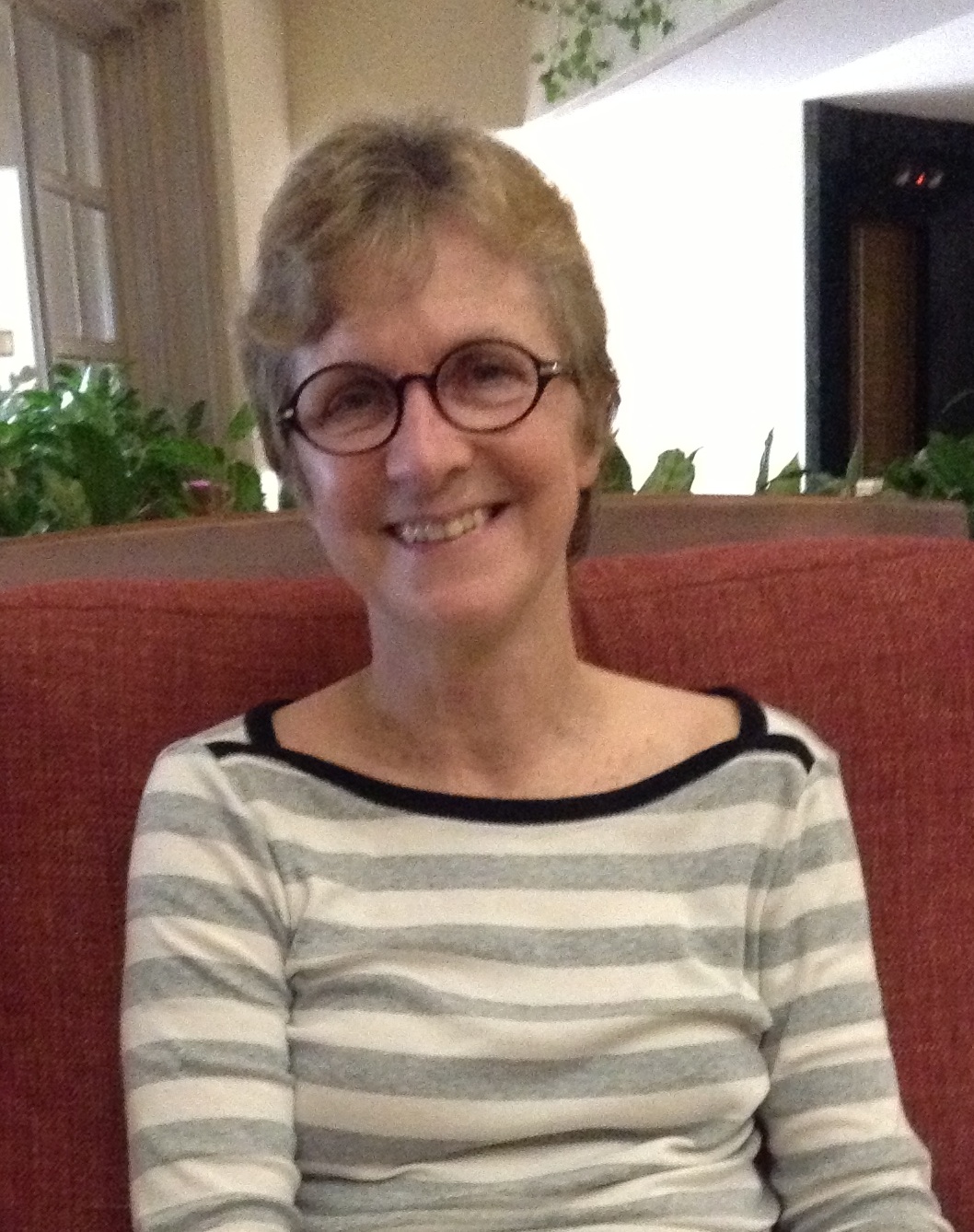 One of the previous awardees of the Harrison Medal was Sir John Gurdon, who lectured you when you were an undergraduate at Oxford and who you’ve said inspired you to become a developmental biologist. How did he influence you, and have there been other mentors who influenced you at different points in your career?

As an undergraduate studying zoology I did everything from animal behaviour to ecology, evolution, development, cell biology and biochemistry – it was a very broad course. I knew that I was interested in biology, but the question was what aspect? John lectured to us not long after he had done his cloning experiments. They were so important, really illustrating how the genome is the same in all cells. That opened up another question: if the DNA is the same in all cells, how is it that cells become different during development? This is such a simple question, but one that can keep you going for a long time. I was just fascinated. We also had a few lectures by Chris Graham, who had just joined the Zoology Department and was starting to do similar studies in mouse embryos. These made me think: ‘mice are really like us!’, and this seemed a fascinating new direction. So it was a combination of John’s overall developmental biology and hearing from Chris about mice as a model system that got me into the field.

Later on, when I moved to Canada, I had to go out and find people to help me. There were two people there who probably aren’t very well known now. Verne Chapman, a mouse geneticist in Buffalo, was really my support structure when I first came, making sure that I got invited to meetings and so on – creating that initial network; and Tom Wegman, in Alberta, was also a person who introduced me to various people and really helped out. They both died young, which is very sad, but when I look back I realise how important they were for me.

In your career you have worked mainly with the same topic and model organism, which is very rare nowadays. How have you maintained this focus for so long?

I am very unusual in that I mainly stuck with the same question (how to make a blastocyst) and the same species throughout. I have been lucky in that I have been able to diversify by collaborating. Although we have been interested in similar problems for many years, we have always been seeking new technologies – either bringing them in or implementing them ourselves. I think that is how I have been able to stick with the same general question and yet always keep making advances. In particular, I have been very actively involved in a major mouse genome mutagenesis project, which is a different way of thinking about doing science. I work on lots of things, but what do I love? Of course it’s the embryo – I still want to understand the early embryo.

What is the next big scientific challenge that you would like to tackle?

I still think that we can do quite a bit more to understand the blastocyst. I believe that it is a system that needs to be studied at the single-cell level, with the combination of imaging tools, single-cell gene expression analysis and computational modelling. The mouse blastocyst is a system in which we can really gain a core understanding of how cells develop until a point at which their fate is restricted. It only has three cell types, development happens slowly, you can grow it in a defined culture system and watch it all the way through. So I’m still pursuing that same question I started out with: I don’t know if this is good or bad, but it’s true. After all these years, I still haven’t solved it!

As ISSCR president, what are your objectives, what challenges do you think you will face, and how does it compare with your past presidency of the SDB?

The ISSCR is a relatively new society, only founded in 2003, although it has grown considerably since then. As a scientific society, the primary objective is to make sure that we have a great annual meeting in the same way that the SDB does. I think that is the number one role of the president, with the help, of course, of the programme committee.

The ISSCR is an international society, and there is no American or British society for stem cell biology. With stem cells so much in the public eye, the ISSCR is in a unique position to be the rational voice for stem cell research worldwide. Over the next year, we plan to develop a communication strategy so that we do more in terms of public education and outreach to patients and families. We aim to do this in partnership with national networks because things are different in different nations. I also want to have a rapid response team for when things come up in the newspapers, such as the Italian stem cell issue [the use of unproven stem cell therapies in Italian hospitals]. We need to have a more proactive set of principles and guidelines that drive our positions on these issues, rather than doing things on an ad hoc basis.

One of my other goals is to make sure that the society is not too US-centric. We have board members from all over the world, but we don’t have formal connections with local groups in Japan, Europe or Canada. We need to develop these relationships, so that we can deal with any issues as they arise. The local networks also have very good public education tools and know what is good for their audiences.

You have been involved in a lot of public discussions on the ethics of stem cell research. What do you think are the responsibilities of scientists in participating in this kind of discussion?

I think is very important for established scientists, who have a strong reputation in the field, to stand up and be counted. We have to make our views known at all levels, from government to the public. Public education is extremely important, and we should get out there and try to educate the public, particularly in the stem cell area. I would say that the debate around the ethics of the use of human embryos has largely moved on. But we are still facing major ethical concerns in the stem cell area, particularly now with stem cell tourism and unproven therapies appearing all over the world. The ISSCR has really taken this on as an issue, but it is a very difficult one because the environment is in constant flux. We have to think again about ways to educate the public, patients and their families by trying to explain to them what it means to have a valid therapy and how to be very careful when they explore therapies offered by clinics that are springing up around the world.

But we have to recognise that patients want hope, and if their doctor tells them that there is none then they will go to a clinic where they think there is hope. We have to provide support and give them hope. For example, even when parents and families know that their child is not going to survive, if they are told that their child can be in a research study and help others then they are usually very willing to be involved. There is a sort of hope for the future, and there is of course the possibility that, maybe, they will be lucky. And that is ok, so long as you put it very clearly to them that there is no guarantee that the trial therapy is going to work. But unregulated clinics that claim to be able to treat incurable or major debilitating diseases are potentially dangerous and certainly unethical in terms of charging people for unproven and risky treatments.

Do you think that PhD students and postdocs should take part in a more local discussion?

Yes, we should take the opportunity to talk about stem cells at all levels. So I would say to early career scientists that they should explain what they do when they play baseball with their local team, to their grandmother, anywhere they go. We send a lot of graduate students into schools to give science talks, and we have stem cell talks organised by graduate students and postdocs where we bring in high school students. For a big professor to go into a school and pontificate is not so good, but high school students are closer to graduate students and can relate. But senior scientists absolutely have a duty to go to governments and regulators to make their positions known.

One thought on “An interview with Janet Rossant”