In 2014, the British Society of Developmental Biology (BSDB) has initiated the Gurdon Summer Studentship program with the intention to provide highly motivated students with exceptional qualities and a strong interest in Developmental Biology an opportunity to engage in practical research. Each year, 10 successful applicants spend 8 weeks in the research laboratories of their choices, and the feedback we receive is outstanding.

Please, read the student report which was kindly sent to us by Aran Shaunak. Arun studies at Cambridge University and was hosted in summer 2015 by Jose Silva at the Cambridge Stem Cell Institute. During his project, entitled “The molecular mechanisms of Oct4”, Arun aimed to create new cell lines for the study of Oct4 and optimise a protocol for P-STAT3 western blots to test its functional involvement. Arun’s report does not focus on the actual project but rather presents an entertaining opinion piece about the emotional roller coaster of his project, which provides good insights into the realities of laboratory life.

What every potential academic needs to learn about science 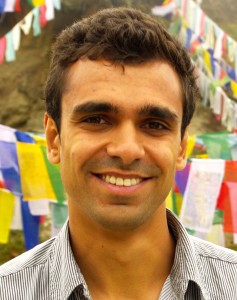 Six days into my first real taste of scientific academia, I found myself in the tissue culture room at 9.15 on a Saturday morning. I had been the willing recipient of my own batch of stem cells, which I was charged with growing up, looking after and eventually experimenting upon to hopefully provide data of some use to my PhD supervisor. Excited to be flying solo already, my cell line was given the 5 star treatment.

Apparently stem cells are so demanding to grow that they often require feeding every day once their flask is well populated, meaning that I had no choice but to come in on my supposed weekend to give them their meal of serum and LIF. And so initially I was thoroughly disillusioned with the glamorous cutting-edge-of-science academic lifestyle which seems to be the usual interpretation of “I work in a stem cell lab”; to me, it just seemed like I had unsuspectingly taken on millions of pets that were higher maintenance than my ex-girlfriend and more productive than teenage rabbits.

However, everything changed over the course of the next week. Working closely with my supervisor, a time-course experiment done on those very cells which had consumed my weekend resulted in the production of a gel and a western blot. The lab were sceptical; people had spent months attempting to get out a clean western for the protein we were looking at, all to no avail, hence why a large part of my 6 week project was expected to be taken up with western after western after western. But lo and behold, a protocol based on ‘estimated’ dilutions and getting bored before the timer went off produced a near-perfect western blot – a testament to the experience of my supervisor. Furthermore, there was actually an interesting result there too, one which we had hoped to see (although, obviously, no-one believed it until we could show them the loading control – as a born and bred cynic I feel science may be the perfect career path after all).

Thus the majority of my planned placement was completed in the first 10 days. And as I fed my cells yet again I realised something had changed. It wasn’t a chore to change their media, or passage them into a new flask to give them room to grow. I wanted to freeze down stocks, so that if disaster struck I wouldn’t lose them. The result of our experiment had both given me a taste of the success that an academic feels when they finally look down the microscope and see that they were right all along, and earned me the respect of my older, more experienced colleagues. And I have come to realise that I had attributed some of that success to the cells themselves; that they had earned the time and trouble it took me to look after them.

Real life hit like a hammer in the second half of my placement, when a year’s worth of work disintegrated in front of my supervisor’s eyes, nearly forcing us to resort to the emergency gin tucked away in the second drawer. Cloning experiments that were going beautifully suddenly collapsed and we were forced to begin again from scratch. I finally felt the disappointment that comes from unexplained failure, and found true respect for the resilience of your average Joe PhD; after a day, week, month or year of two-steps-forward-one-step-back, they still come into the lab with the idea that just maybe today is the day for a breakthrough. But I also felt the pride that comes with success; a week of western blot optimization resulted in the development of a protocol that my lab will use in order to quantify levels of pSTAT3 in stem cell experiments, something that had previously been impossible to reliably achieve.

However, it seems to me that my first ever cell line was responsible for my fundamental change of opinion on academic life. I realised that scientists don’t spend weekends in the lab and nights with a pad of paper by their bed because they have to. The life isn’t as glamorous as it sounds: stem cells may not be growing people new kidneys in time for Christmas this year. We do it because the cells become yours, and you care about them ; your results become your badge of honour, and you show them off with pride; and most importantly, you absolutely, definitely will find out how Oct4 functions on a molecular level, and you’re damn well going to do it before anyone else.