Due to lack of internet at the ISDB conference venue, it is not possible for the Node to tweet live from the conference. Instead we will try to post regular updates! 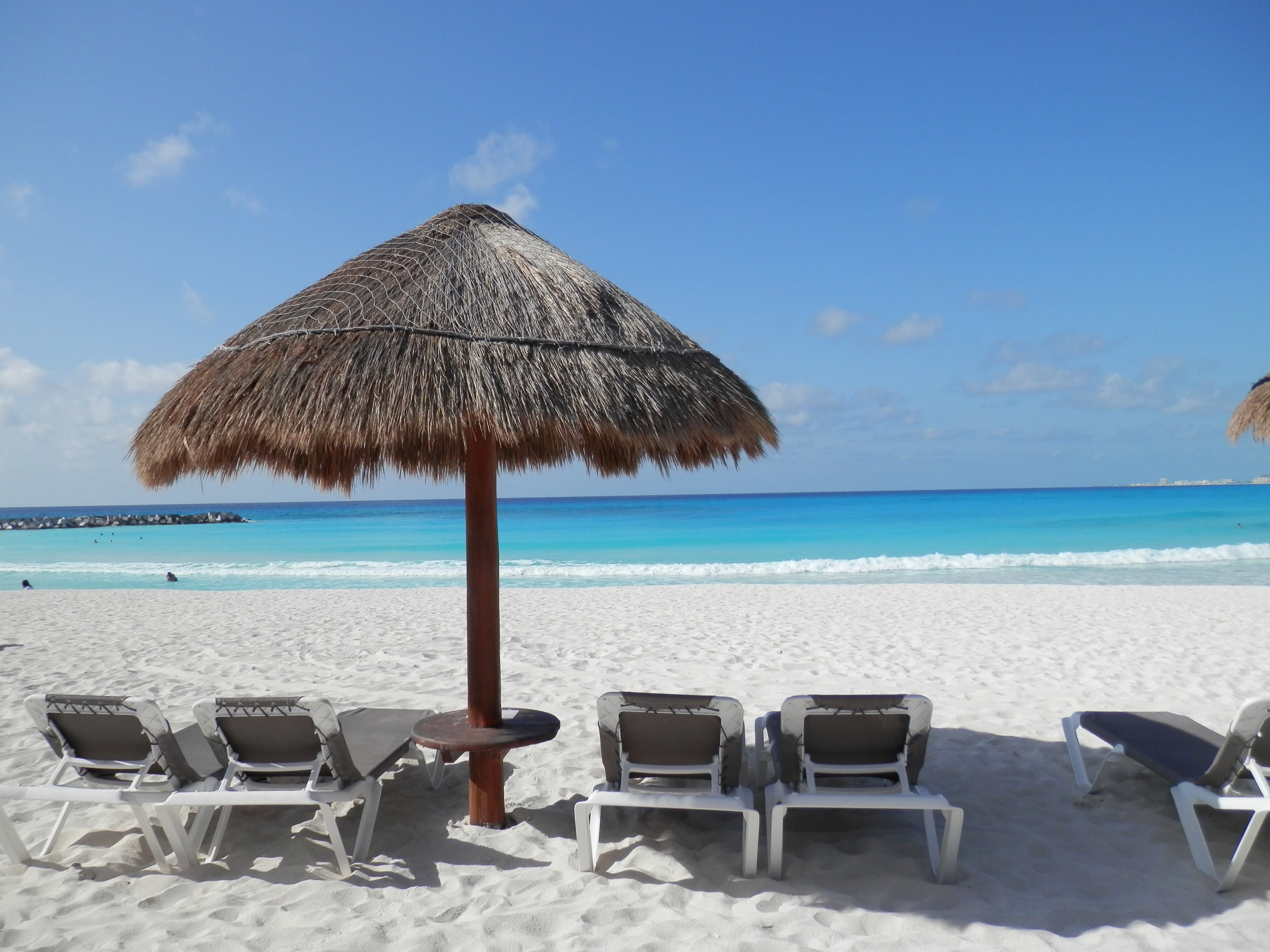 Day one of the International Society for Development Biology meeting, and boy is it hot here in Cancun! Not that anyone is complaining really- the Caribbean sea looks beautiful, and it is likely that conference attendees might be going for a morning swim before the morning sessions… not a bad way to do scientific conferencing!

The main conference started this afternoon, but many attendees arrived a few days earlier for the satellite symposium on the establishment and breaking of the left-right axis in development and disease. This will be the topic of a later post.

The conference started with a Presidential symposium packed full of interesting talks. Alejandro Sanchez Alvarado kicked off the event with a talk about his research on planaria. These little organisms have amazing regenerative properties, and this ability relies on the presence of adult stem cells called neoblasts. A lot of his talk, however, focused on the unusual embryogenesis of planarian which includes, among others, a yolk localized on the outside of the egg! He also suggested that maybe in the age of molecular biology we might need to develop a new vocabulary to describe embryological processes.

The next speaker was Celest Nelson. Cells in the developing embryo not only apply forces to their neighbors but are also exposed to a complex mechanical environment (e.g. surrounding fluids or contracting movements of nearby tissues). Her lab uses both experimental biology and computer modeling to address how some of these forces can influence processes such as the branching of the lung. The interplay between mechanical forces and known chemical and genetic pathways was also the topic of a later talk by Elliot Meyerowitz. He focused on how patterns are established in the formation of plant meristems, and his talk included beautiful images of meristems.

Elly Tanaka described the work of her lab and others on how the mechanisms of muscle regeneration following limb amputation varies between salamander species. Finally, James Sharpe talked about his work combining advanced imaging with computational modeling to understand how vertebrate limb shape is achieved.

In addition to the great talks, one of the highlights of the first day was actually in the RIKEN institute booth. Up for collection were beautiful postcards of model organisms portrayed in the style of traditional Japanese decorative arts. You might remember an older post by Eva where she first mentioned these beautiful designs, and which included a link to a page where you can download them. Following the tradition of bringing developmental biology and Japanese traditions together, members of the RIKEN institute were also distributing developmental biology-themed origami! In beautiful Japanese patterns, and including instructions on how to make your own model organism, these were definitely very popular! If you are at the meeting, this is definitely one to collect. Alongside, of course, the Node tea bags! Although the hot weather here in Mexico means that you might have to wait to drink it until you get back to the lab… 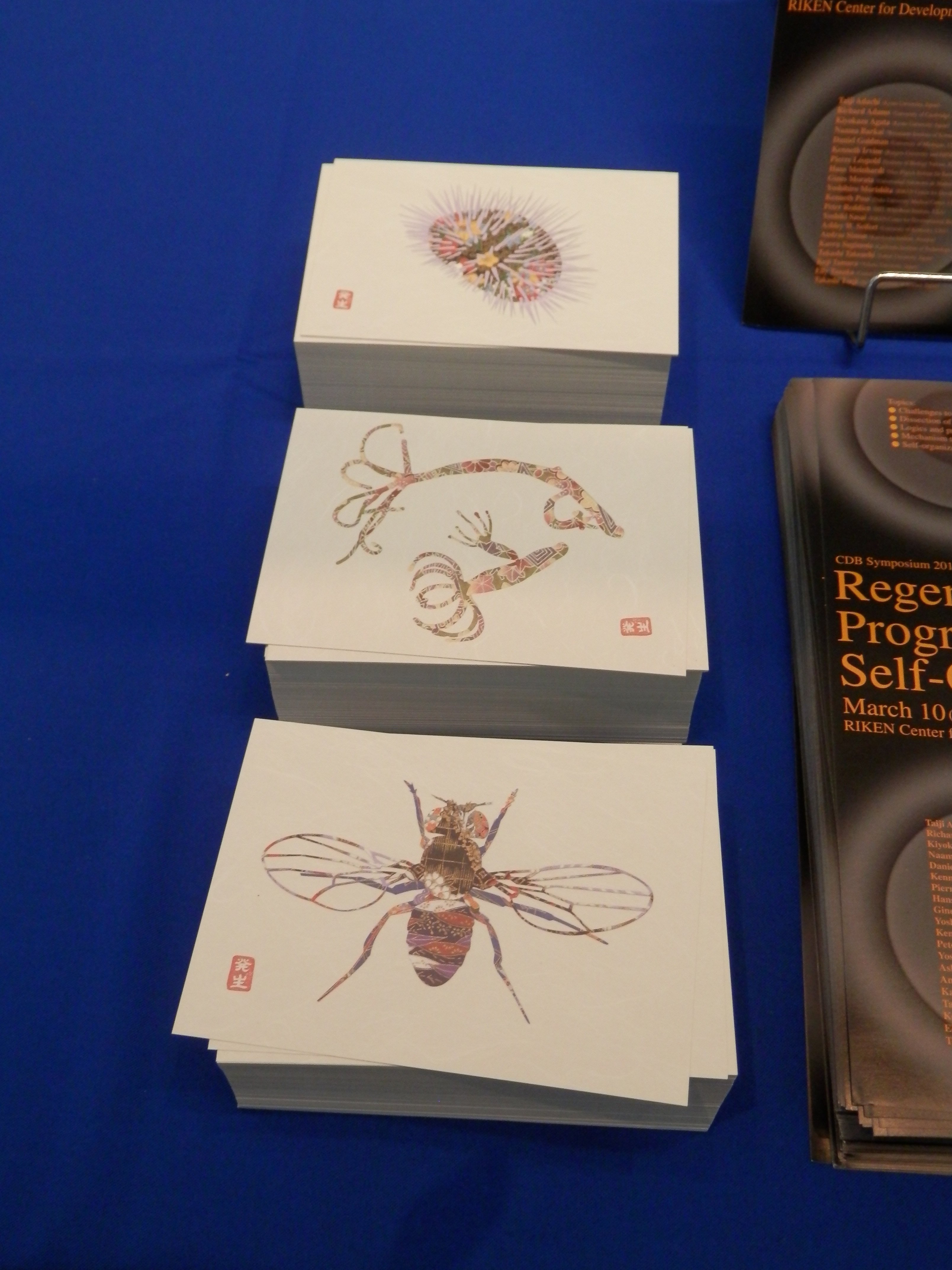 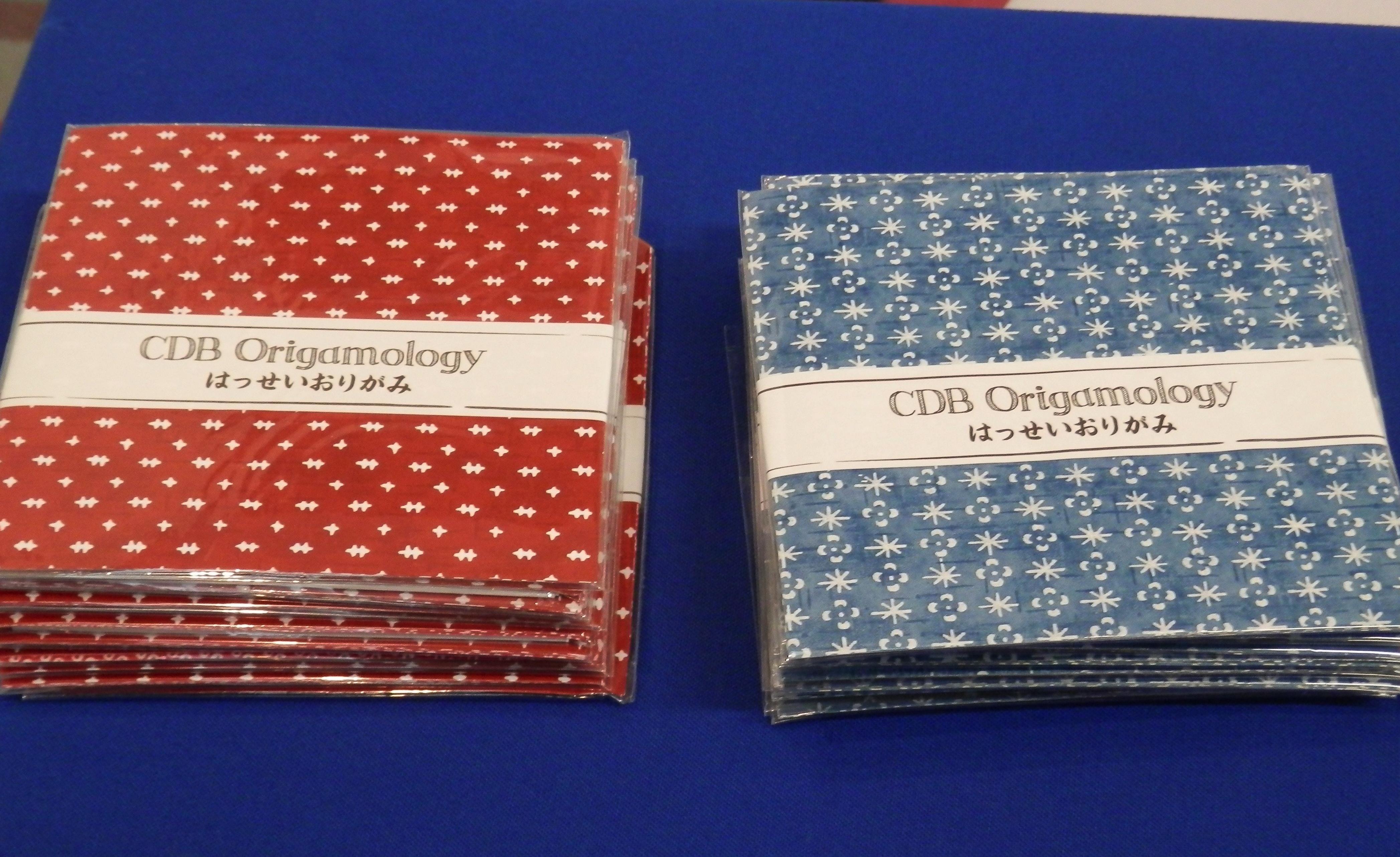 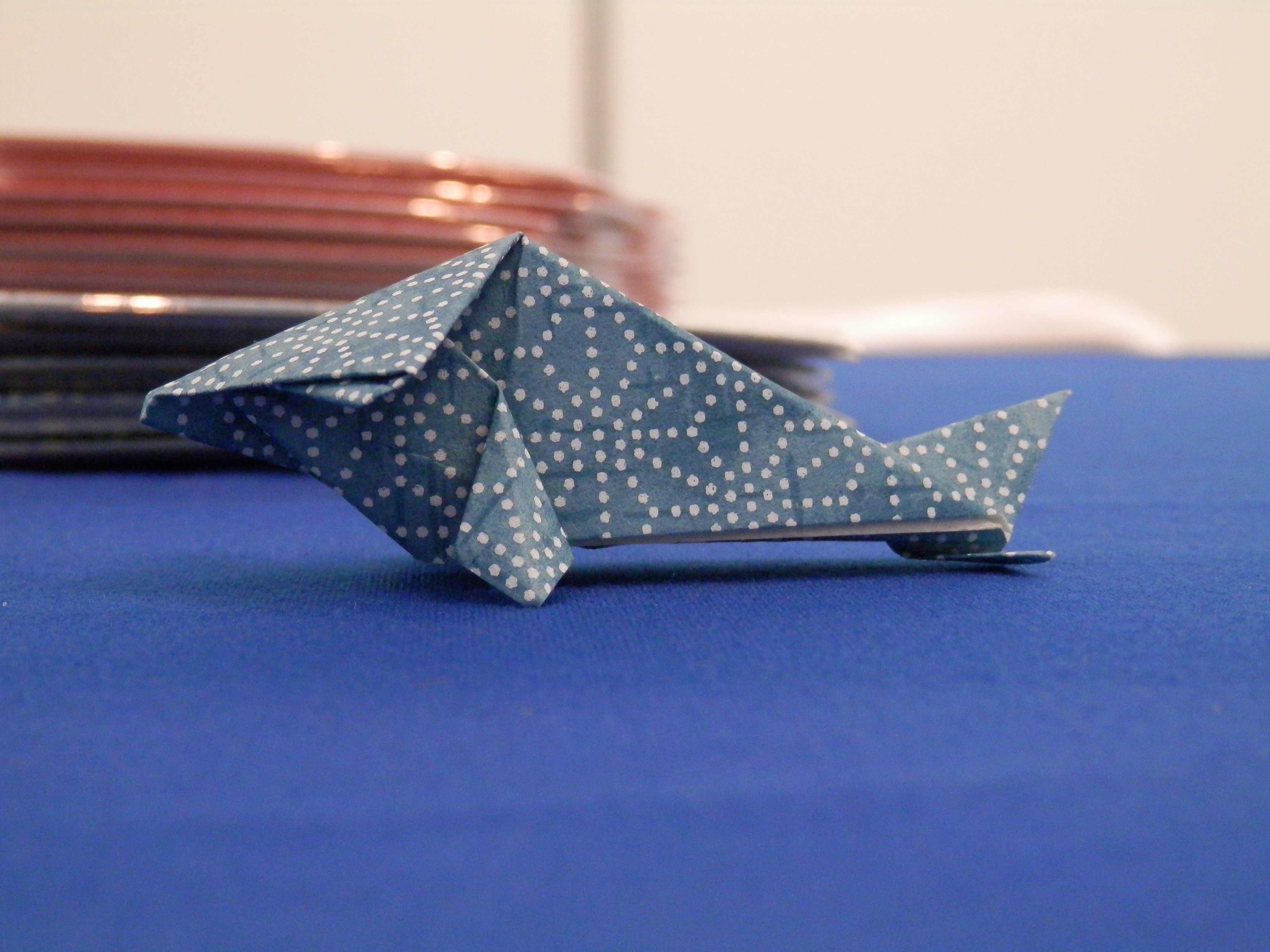