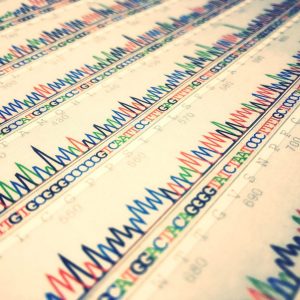 The four letters of life – A, C, T and G – are ingrained into the scientific lexicon and burned into the brain of anyone who’s ever worked with or even just learned about genes, genomes and DNA. It’s a code that’s as inseparable from genetics as the double helix itself.
It might therefore be surprising to learn that scientists knew that DNA was made up of these four iconic chemicals – adenine, cytosine, thymine and guanine – long before its double helical structure was figured out in the 1950s.
So when were they discovered? And how did they get their unforgettable names? To find out, we need to go back to the bird poop boom of the 1840s.

Go to GeneticsUnzipped.com to listen or download and to get a full transcript, links and references.

Genetics Unzipped is the podcast from The Genetics Society.Subscribe from Apple podcasts/iTunes, Spotify and all good podcast apps to make sure you get the latest episodes and catch up on our back catalogue.

If you enjoy the show, please do rate and review on Apple podcasts and help to spread the word on social media. And you can always send feedback and suggestions for future episodes and guests to podcast@geneticsunzipped.com Follow us on Twitter – @geneticsunzip