Last week, The Company of Biologists hosted a workshop on “The Evolution of the Neocortex: How Unique are We?”. Some of the people who attended that meeting will be writing about it on the Node in the near future, so I won’t steal their thunder by telling you all about it. Suffice to say it was a fascinating meeting on a complex and fast-moving field, and I came away with a much better appreciation of the commonalities and distinctions of the human brain compared to our primate and mammalian relatives, as well as the wide range of techniques used to understand it – from high-throughput transcriptomics to the endocasts from skulls of our hominid ancestors.

Following on from this meeting, on September 26th we hosted a public event at the Royal Institution (Ri) in London. Free to attend for anyone, this event featured talks from two of the 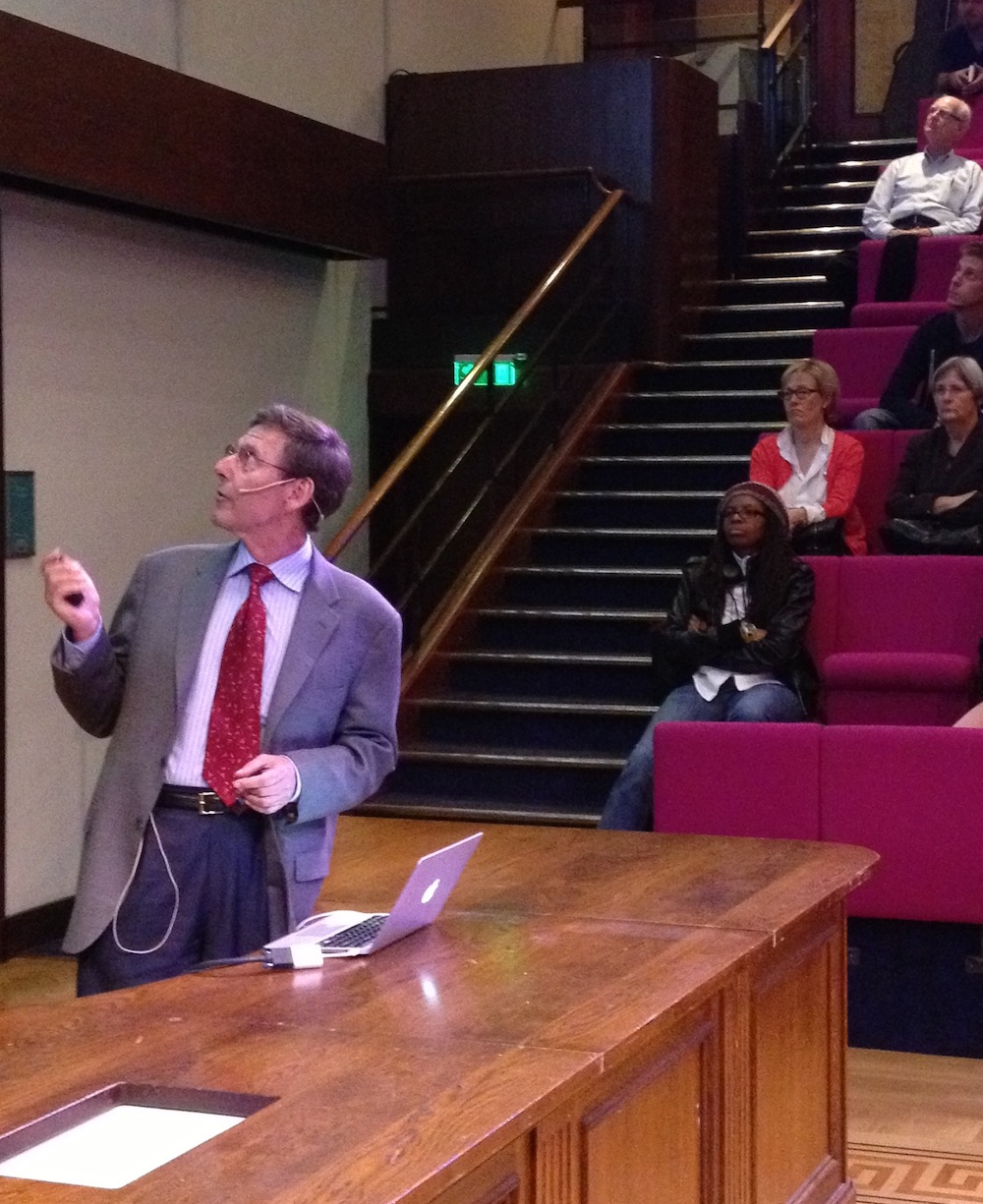 speakers at our workshop, Arnold Kriegstein and Svante Pääbo. Arnold’s talk covered the evolution of the human neocortex, taking the audience on a journey through the development of the mammalian brain and discussing how the increased size and complexity of the human brain (which contains no fewer than 88 billion neurons!) might have evolved. Featuring beautiful movies from his lab (from Hansen et al., Nature 2010) that show the division of neural progenitors in human foetal brain cultures and discussing data from other researchers on how changes in brain size and shape might affect cognitive function, Arnold made this complex topic accessible to the non-specialist audience – a feat not to be under-estimated given how poorly it is understood even among the experts!

In the second talk, Svante described his fascinating and well-publicised

work on sequencing the Neanderthal genome. His work has shown that not only did Neanderthals and our modern human ancestors co-exist in Europe and Asia, but they also interbred: the genome of an average modern-day non-African is around 2% Neanderthal! Svante’s work allows him and his colleagues to identify sequences that are unqiuely human; amazingly they have found protein-coding changes between Neanderthals and humans in only 87 genes. Now, they are in a position to try and understand how these human-specific changes might affect protein function, and whether these might explain any of the characteristics that make humans human.

Unsurprisingly, these two talks provoked considerable interest from the audience, and the

free-flowing question time covered topics such as whether we’d ever be able to reconstruct a Neanderthal, whether computers will ever be smarter than humans, and what defines consciousness! The short answers to each of these being, respectively, “almost certainly not”; “possibly in some aspects’”; and “we really have no idea”! The drinks reception following the lecture also provided the audience with ample opportunity to quiz the speakers further on their work. Overall, it was a fascinating event held at a beautiful and historic venue; many thanks to the team of the Ri for making it run so smoothly!

This was the second event The Company of Biologists has hosted at the Ri, and we hope to be collaborating with them again in the future; we’ll let you know if and when the next one comes up!

For those interested in hearing more, you can listen to the following podcasts of Arnold’s and Svante’s talks:

You can also read about the Company of Biologist’s workshop ‘The Evolution of the Neocortex: How Unique are We“