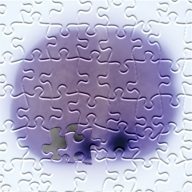 Here is the backdrop for our recent paper in Development, “Dorsal activity of maternal squint is mediated by a non-coding function of the RNA”:  This work follows up a previous publication from my laboratory where we showed that knock-down of maternal squint (sqt) or ablation of sqt-containing cells led to loss of dorsal structures in zebrafish (Gore et al., 2005).  It was a surprising finding, and did not fit with the prevailing view of sqt function or the sqt and one-eyed pinhead (oep) mutant phenotypes.  Furthermore, authors of two papers (Pei et al., 2007 and Bennett et al., 2007) reported that they could not detect sqt RNA in early embryos.  It seemed as though we were ascribing a function to an RNA no one else could see – it was The Emperor’s New Clothes of the zebafish embryo!  Our view was that the sqt insertion mutants used by the other groups were not RNA nulls.  We also couldn’t understand why they did not detect maternal sqt RNA in the mutants when it was readily visible to us (Gore et al., 2007).  There were many unresolved questions, and I was encouraged (by my institute’s scientific advisory board and other colleagues) to get to the bottom of the debated issues.  So we set out to understand the basis for the differences in the findings from the various groups, and the mechanism of maternal sqt in dorsal axis formation.

As it turns out, the differences in the datasets between the groups were very informative, and uncovered really interesting biology, which we report in Shimin Lim’s paper.  We think the initial lack of processing of maternal sqt RNA (which explains some of the differences in the RNA expression data), is likely important for other aspects of sqt function such as localization and translation.  We were very surprised to find that over-expression of mutant sqt RNA (that is incapable of making a functional signaling protein) or the sqt 3’UTR fused to any reporter could expand the expression domain of dorsal genes.  Shimin had uncovered a new non-coding activity of the RNA.

However, the dorsal expansion disappeared later in gastrulation, which was really perplexing, difficult to track, and it took us a while to figure out what was happening.  My colleague, Steve Cohen, then pointed out to us the example of bicoid transgenes that transiently expand the head anlagen in Drosophila embryos.  Shimin’s finding that the requirement for oep is not absolute for dorsal expansion by non-coding sqt RNA was another piece of the puzzle that fit well, given the differences in the phenotypes of the signaling mutants and our morphants.  That the sqt morpholinos block both RNA localization as well as protein synthesis, and lead to loss of nuclear beta-catenin helped us make sense of our previous results showing loss of dorsal structures in sqt morphants; the maternal sqt puzzle seemed to be coming together.

But there are still several pieces missing in the puzzle.  The findings we report in Shimin’s paper explain many, but not all the differences in the RNA expression data between the groups.  Alleles that are RNA nulls are required to unequivocally demonstrate the function(s) of maternal sqt.  And the biggest piece of the puzzle remains to be found – how exactly does sqt RNA function in dorsal axis formation?  So there is more interesting biology to be uncovered.

Despite the shadow of skepticism surrounding our sqt work, and the frustration of trying to make sense of data that simply doesn’t fit with prevailing models, my enthusiastic young colleagues who did this work remain excited about uncovering the unexpected, discovering novel findings, and I hope they will see the satisfaction that comes from solving a challenging puzzle.