Day 3 of the ISDB was really only half a day, with the only free afternoon/evening in the intense meeting program.

The first part of the morning featured two parallel sessions. One of the sessions was a roundtable discussion on how to succeed in science, and included a panel of very successful developmental biologists, sharing their advice and experience. The Node, however, attended the other session, an Education symposium sponsored by the SDB. It included a series of talks by different scientists who teach developmental biology to undergraduates, providing case studies and suggestions on how to engage students and effectively teach developmental biology concepts. One of the highlights of this session included the case study of Michael Barresi, who developed a semester-long practical class in which students learnt about embryonic development by testing the effects of crude oil in zebrafish development. Different students conducted proper scientific research on the effects on different aspects of development, and presented their results in a scientific symposium-style gathering at the end of the course. Some of the most enthusiastic students even continued the work during the summer, culminating with the publication of a paper. According with Michael Barresi, students cared about this project for two reasons: first, because they were conducting proper scientific research, and second because the project focused on a very topical issue that the students could relate to and feel engaged with (the big Gulf of Mexico oil spill had happened very recently before this course took place).

Indeed, the importance of teaching basic developmental biological concepts alongside real world, topical contextualisation of the importance of these studies, was a point stressed in this session. If the students care about it, they will be interested. Other useful suggestions included the use of texting, twitter or simple cards with A, B, C and D on them to ask questions to the whole class during lectures, making lectures dynamic and the students more engaged.

Following the education symposium there were several concurrent sessions, and the Node chose a session on emerging model organisms. One of the highlights of this session was a talk by Shigeru Kuratani, on the evolution of turtle body plans. His talk included some incredibly useful (and professional looking!) animations, which showed great 3D representations of the bones and muscles being studied, and how they are arranged in different organisms across evolution. They say a picture is worth a thousand words, and indeed it should not be underestimated how they can help understand complex scientific concepts. Another highlight from this session was Nanette Nascone-Yoder, who introduced the audience to the Budgett’s frog. The audience reacted both to the potentially useful properties of this animal for developmental biology studies (e.g. fast development rates, and big embryo size), but also to some more creepy features, such as how bigger tadpoles often eat their smaller siblings! 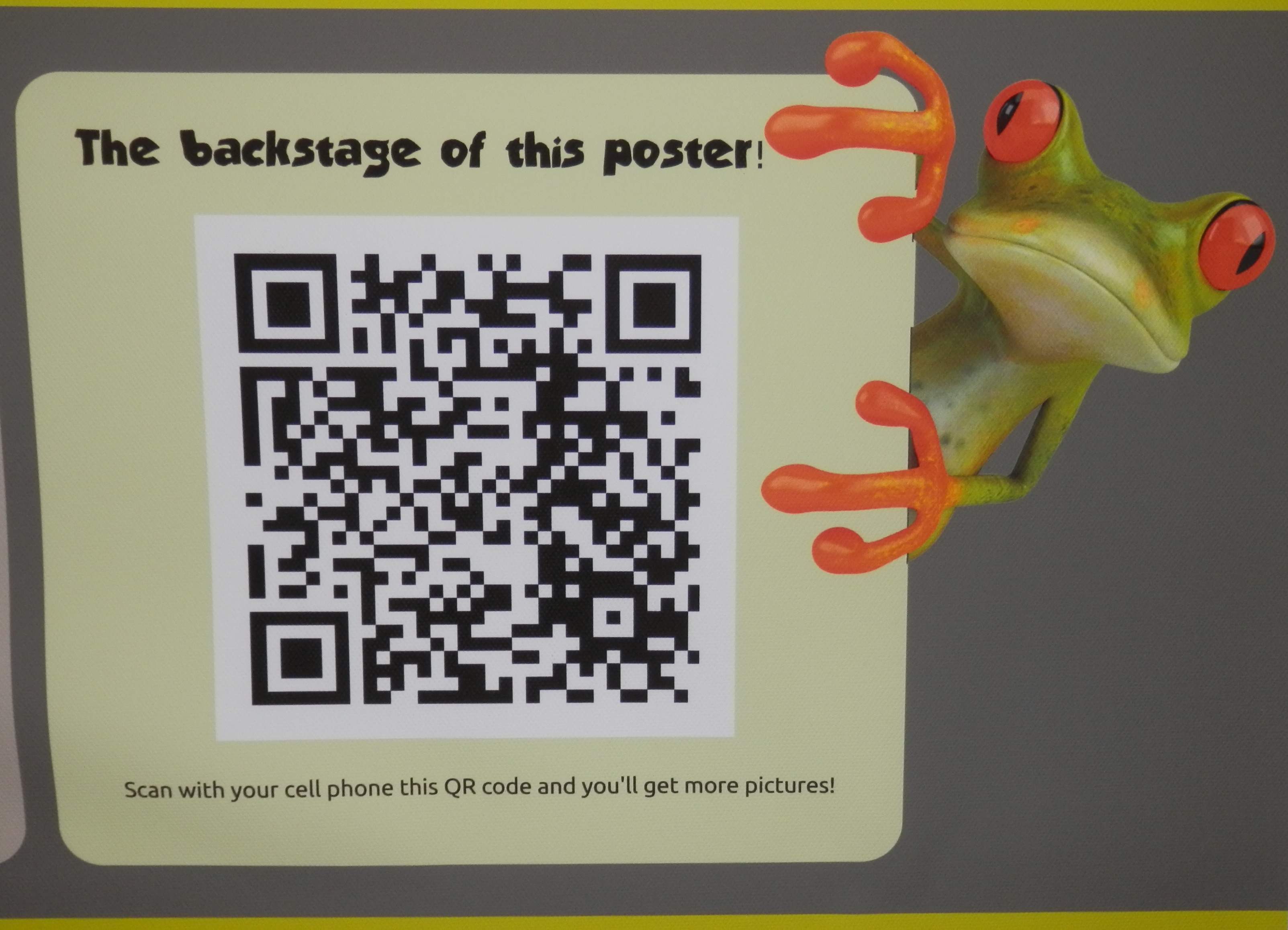 Not a Budgett’s frog… but this little fellow has been spotted at a poster, alongside a QR code linking to more poster images!

During the afternoon off the Node was not resting- we have been interviewing some great scientists during this ISDB meeting, and the interviews will be posted on the Node in the near future. As for tomorrow… another full day of science ahead of us!

The Node is at the ISDB in Cancun, and we are posting daily reports. In addition to this post you can read the report of day 1 and of day 2.