I’m reporting from the Drosophila meeting. You can read the post on days 1 and 2 here and on day 3 here.

Day 4 of the fly meeting was by far the most intense. Starting at 8.30 a.m., talks and poster presentations only really finished at 11.15 p.m.! However, the fly community takes their science very seriously, and you would be surprised by the number of people who stayed until the last talk!

The day had several sets of concurrent sessions, so I jumped around from ‘Regulation of Gene Expression’ to ‘Cell Biology & Cytoskeleton’ and ‘Stem Cells’. In the evening I attended the workshop on CRISPR-Cas 9, and a quick show of hands demonstrated how widely the fly community has embranced this technology.  Several speakers talked about how they are using CRISPR. For example, Hugo Bellen (Baylor College of Medicine) talked about how the MiMIC technology is being combined with CRISPR, while David Stern (Janelia Research Campus), is developing  CRISPR in a variety of Drosophila species. Indeed, David exemplified the generosity that the fly community is known for, by bringing with him several vials of fly lines expressing cas9 to give away. The floor then opened for questions, ranging from the specifics of how many kbs could be deleted to whether tissue-specific or mitochondria CRISPR had been attempted. I also attended the developmental mechanics workshop that followed, covering a variety of talks on the mechanical forces at work during development, from those applied by a corset of muscles around the eggs chambers to the system that anchors the wing during development. 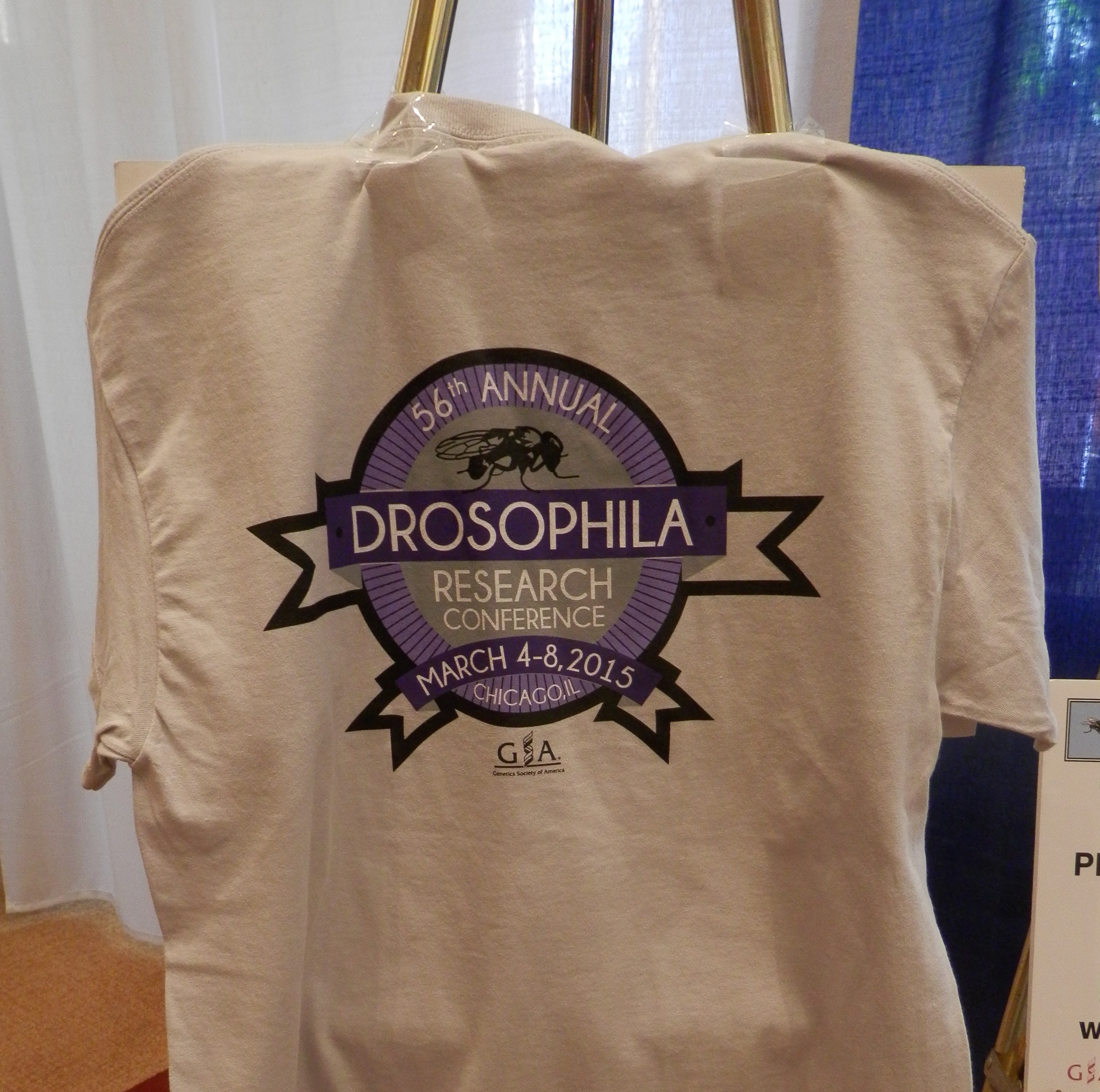 The last day saw a final plenary session, covering a variety of topics. For example, Christine Rushlow (New York University) talked about Zelda (named after the Nintendo game character), an important regulator of early gene expression following the maternal-to-zygotic transition. She proposed a model by which enhancers in these genes have high nucleosome occupancy, and that Zelda is able to lower this nucleosome barrier. Also in this session, Heinrich Jasper (Buck Institute for Research on Ageing) examined the relationship between proliferation and immune response in the intestinal epithelium. Normally, intestinal stem cells don’t proliferate much, unless they are exposed to damage or stimuli. The ageing epithelium, however, shows over proliferation, dependent on the presence of bacteria. This leads to the question of how stem cell homeostasis is related to immune homeostasis. Matthew Gibson (Stowers Institute) talked about the role of Decapentaplegic (Dpp) in the wing disc, but not before remind us of the contributions of T.H.Morgan, Turing and Wolpert to our understanding of morphogens. Matthew showed that the characteristic Dpp stripe observed in wing discs is required for patterning, but not growth, of this structure. The last talk of the meeting was by Ulrike Heberlein (Janelia Research Campus), who is using the fly as a model to study alcohol dependence. You can watch some videos showing the effects of ethanol vapours on flies here. Her lab is trying to understand how alcohol addiction is dependent on both environmental and genetic influences. For example, a few years ago they showed that male flies that have been rejected by females (because the females had already mated) are ‘courtship depressed’, and show a higher preference for alcohol (read their paper in Science here).

You may also remember how in day one (see post here) Allan Spradling called for fly researchers to play an active role in persuading the public and politicians that fly research is worth supporting. In the last session Andrea Page-McCaw provided a short list of how any of us can do this right now, and many of her suggestions are applicable for any scientist keen on encouraging funding in Biology:

Overall it was a very enjoyable meeting. Great science was presented, and as Drosophila is a great model to study developmental biology on, there were a lot of talks relevant for the Node! In addition, the fly community is very active on social media, so not only could attendees follow talks in other sessions on twitter, but researchers who couldn’t make it to the meeting were also following the talks remotely!